Battle Lines are Drawn as The Gifted Ends Season 1 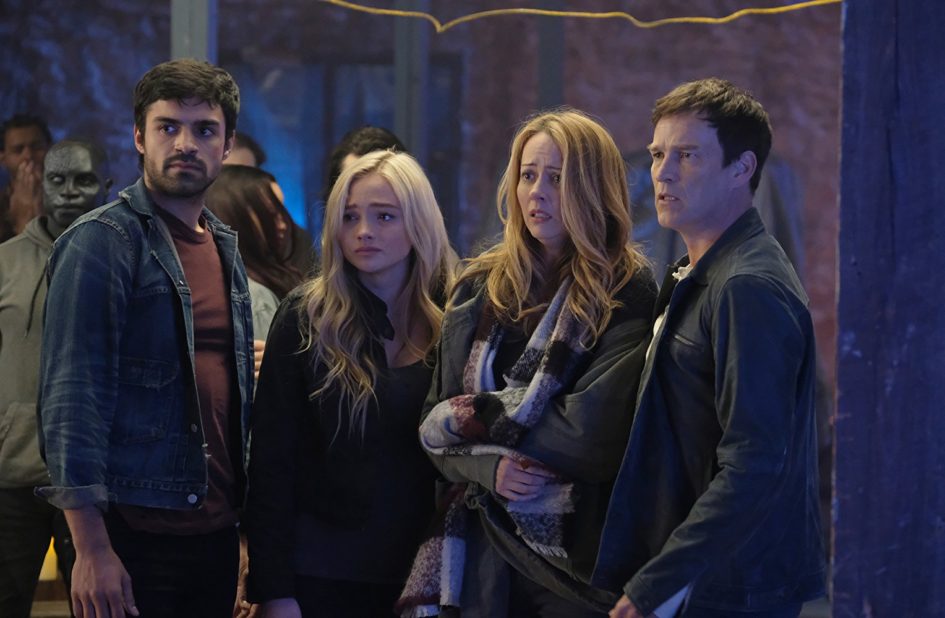 That line of dialogue pretty much sums up the two-hour season finale of The Gifted.

Everyone seems to have ulterior motives in this TV show. Battle lines are drawn and loved ones separate as mutants divide to separate sides (in hopes of surviving vs. conquering). John Proudstar wants to do the best thing possible for the Mutant Underground. Eclipse wants to protect his growing family. The Strucker parents are just trying to survive as a family unit. Esme wants revenge. And Polaris wants to stop hiding her true nature.

The overall season received a huge jolt as Esme and her sisters entered the storyline. In hopes of restarting this universe’s Hellfire Club (it’s finally time to feature more evil mutants!), she hopes to work with the Underground in order to kidnap the evil doctor and end the Hound program, once and for all, freeing the tortured mutants in the process. After the mutants fail their joint mission, Agent Turner, working with Dr. Campbell, bonds two hounds. Using their superpowers together, the Mutant Underground looks like it may have finally met its match.

Instead, the Strucker twins bond and cause maximum carnage (Lazy storywriters or nah?), escaping with their friends. Family ties have eventually played a major role in the overall storyline, for both the good and the bad guys (Esme uses this to her advantage.). Characters must decide whether to choose the good, the bad or the gray space in between. Blink’s past is revealed, Lorna rises to the leadership of an Underground opposition, Agent Turner resigns from Sentinel Services and Esme has finally revived the Brotherhood of Mutants with Magneto’s heir in control (or is this coalition to be known as the all-new Hellfire Club?).

Lots of questions are raised as Season 2 of the series has already been confirmed. After the death of Dreamer, what can we expect from these characters? The X-Men have gone missing (where did they go?). Who is Madeline Risman and what’s her connection to the X-Gene? Where will the TV property fit in with the soon-to-be-aligned Marvel Cinematic Universe? And what, exactly, is Bryan Singer‘s status with the show?

As a team, the group works well together, but later episodes have escaped individual back stories (we enjoyed Jermaine Rivers’ Shatter getting the brief spotlight, but we want more from this character — hint, hint). Still wondering when the crossover storyline will appear, when the big-screen X-Men actors will make a special appearance in this universe, or better yet, with their backs against the wall and nowhere else to turn, a handful of the TV characters crossover into the current big-screen X-Men Universe, where many characters may come and go at will. Either of those scenarios would be incredible!

The most intriguing character(s) to be introduced this year are the Stepford Cuckoos. In the comics, these were psychically linked quintuplets, but it’s unsure if the remaining two clones of Emma Frost will eventually make an appearance on the series. The revelation of Reed Strucker being a former mutant was a briefly interesting, although that plot really ran into a dead end, offering not a whole lot. Mutants use flip phones and Blink and Thunderbird are now an item (Thunderblink, anyone?).

Season 1 only included 13 episodes, but the season finale, X-roads, really was great in terms of being an action-filled standalone, as well as being a setup for next year’s events. Together, the von Strucker twins (Fenris 2.0), have been used sparingly — which is a good thing — but the slow-motion fan-fueled bright-light effects feel super cheesy when compared to all the other characters’ powers.

The biggest problem I’ve got with the show is I’m not really a fan of the abject family as the primary focus of this series. I would have been more interested if the show mainly focused on Polaris and Eclipse, with the other mutants appearing as the supporting cast. Instead, the boring Struckers are forced into a storyline where they are the least interesting characters on the entire show, one which inexplicably showcases them as the main characters, while the unusual and under-utilized mutants scrap for the remaining screen time.

What happened to the entertainment era where a genre (usually science fiction, fantasy or horror) simply focused on a riveting storyline without watering it down to the masses by involving a family dynamic? One which usually features annoying teenagers or young ones (I call this the Spielberg War of the Worlds Dilemma)? If I can overlook this huge portion of the series (it’s more like a mountain than a mole hill), I really do enjoy this show and look forward to seeing where Season 2 goes. <End Old-Person Rant>