The Social Dilemma Tugs at the Strings of Our Lives 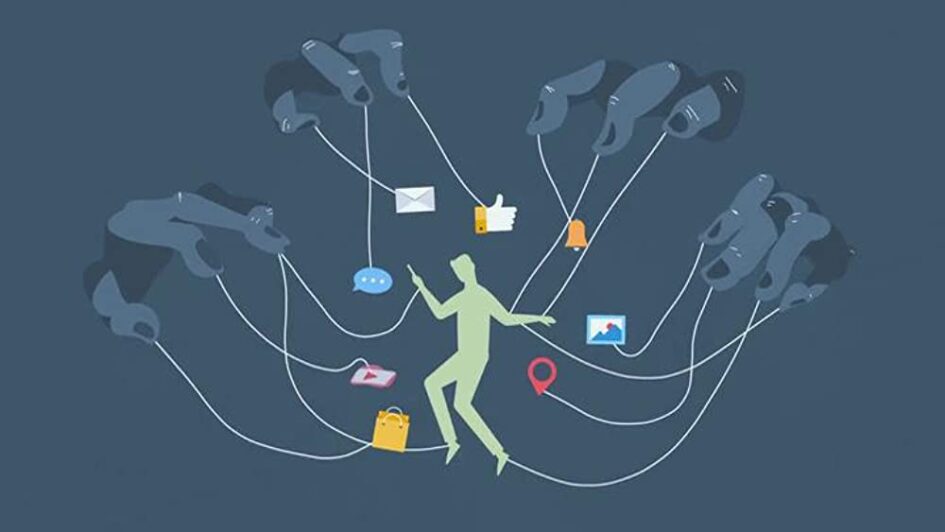 Per Matt
Modern-day social media really is a necessary evil. While not a perfect communication format, it is an easy way to connect with like-minded people… but especially a way for the disenfranchised to gripe about something. Anything. Everything. Very loudly. It even promotes toxic fandom, in terms of pop-culture interests. This type of environment perfectly sets up The Social Dilemma.

This documentary discusses a variety of topics from the very people who helped create its technology. Developers from Facebook, Mozilla Labs, Firefox, Twitter, Instagram, Pinterest and Google Drive, among others, identify an addiction to information and being connected to others during this day and age. With the success of each killer app, the developers originally thought they were creating fundamental forces for good, ultimately leaving their jobs because the dark side eventually emerged of these tools.

What happened to social media? As algorithms were developed to make better recommendations for users,  a new agenda for the technology was created. Deceit and sneakiness is used, attempting to hold the attention of its users by keeping them engaged. A time suck is created. Persuasive technology modifies people’s behavior. Growth hacking is in full effect, building persuasive techniques into emerging technology. How much of your life can you give them?

Psychological manipulation is a real thing. Silicon Valley has built-in subliminal messages, exploiting a vulnerability in human psychology. Social media is a drug, ultimately leading to depression, self-harm and suicides brought on by different age groups of girls. The pleasure-pain balance seems largely tilted in the wrong direction. Tristan Harris hopes to fix that situation, seeking ethical design within the tech industry.

The former Google Design Ethicist has founded the Center for Humane Technology to fight the growing, highly successful disinformation-for-profit business model. Tristan is very smart, very persuasive and informed, coming from the specific background to speak on these problems. He claims a failure of leadership at the companies has led to a needed reform, although he and others seem to have a problem identifying ways to actually fixing the problems. Are bad outcomes of our lives happening as a byproduct of the work from these companies? It sure feels that way.

Political polarization, propaganda algorithms and misleading information have all come about in recent years. A scientific study stated that fake news spreads six times faster than real news online. Social psychologists, data scientists and Big Tech employees have all admitted to the weaponizing of social media of sorts, as they have become tools of persuasion… sometimes as a means to spread false information, usually going unchecked.

What might seem like a conspiracy theory to some, these are the actual people who created the artificial intelligence used to destroy our civilization through willful ignorance. What happens when technology exceeds weakness? Human nature gets overpowered. Lies are targeted. Culture wars are created. Total chaos and unrest is sowed into society. And elections are influenced. That last element isn’t fully explored, but is totally realized with the aftereffects of the 2020 election still filling the airwaves. Social media definitely amplifies the noise, regardless if it’s true or not.

It’s shocking that this documentary wasn’t blocked or hidden by Big Tech, that it got made in the first place. That it was even distributed, since Netflix seems to have a similar matrix in trying to make recommendations for its users. And yet, here it is, brought to life by 30 producers! I am very interested in learning more about the Center for Humane Technology, so naturally I’ll look them up online in order to see what I can see. The guests in this film encourage others to have a conversation, get out into the real world, turn off all your notifications and delete these apps. This is a world in which I’ve been living for the past 20 years!

After one of my online accounts was hacked years ago, I basically stopped publicly posting on the medium. In turn, I only logged in to look at pictures. Today, I’m less interested in them, but will occasionally log on to send a quick private message to a friend. In this world of cord-cutters, social media can be great communication tools, but they do seem to be platforms full of evil intentions. When focusing on a lot of today’s violence, unrest and untruths, social media has definitely flamed those fires.

Some of the on-screen guests sound optimistic about our future, while many feel like humanity is definitely on a fast track to creating a dystopia. A world where everything people hear is not believed, where technology is an existential threat to our survival. Where Snapchat dysmorphia is just the beginning of sinking down into the rabbit hole, where the strings of social media tug on every single thing involved in our lives, undermining democracy.

If a third party pays for everything that’s seemingly free, when the users finally realize they’ve been traumatized the entire time, it’s much too late. Could government regulation or the taxing of data tracking make social media companies change their ways? It’s a great question that will most likely never get asked after the next president’s inauguration. Hopefully, The Social Dilemma will open many people’s eyes very soon. I’m only afraid these truths won’t be realized until it’s much too late. Fortunately, I’ve already realized many of these problems and hope to lower my online presence even more in the very near future.