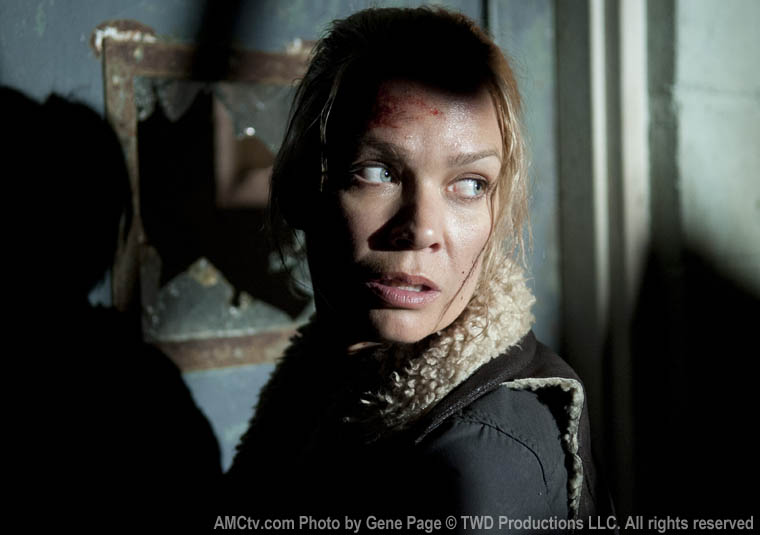 With the cold-open flashback of The Walking Dead episode, Prey, a little background information on Michonne and Andrea’s journey through the woods is revealed. She was previously close to her chained-up “pets,” but she had no problem severing the link with them. On the other side of the equation, The Governor can’t wait to exact some revenge on Michonne. That’s one super-sized assumption.

Andrea has finally grown a conscience. But as soon as she decides to kill The Governor, Milton stops her. Whatta wimp. It’s not the season finale, so there was no chance he was dying this soon.

Tyrese can’t hit the side of the barn with a rifle. But he better learn sooner than later. And then he and Sasha “allow” her to leave Woodbury for The Prison, and this causes all sorts of drama with The Governor’s Crew.

Shades of Bad Ass Andrea are uncovered as she fights off biters in the woods.

Martinez and Company have a zombie pit, and plan to pack up the undead for a surprise trip to The Prison (in a horse trailer, no less), but Typrese wants none of it.

Andrea plays a deadly game of chicken with Phillip (aka The Governor). Apparently, there’s no hard feelings. He just wants to turn her into roadkill, that’s all.

Sneaking around while wearing high heels isn’t too smart (or easy). Andrea has quickly transformed into a horror movie damsel-in-distress stereotype.

Trapped in a video game Boss Fight, Andrea escapes with the help of a wandering herd. And in the dark, someone has set ablaze all those poor undead trapped souls in the zombie pit and mobile unit. Was it Tyrese? Nope. It was Milton.

Extra-crispy zombies sure are creepy.

Wrapping up, Andrea is bound and gagged. Right where she belongs.