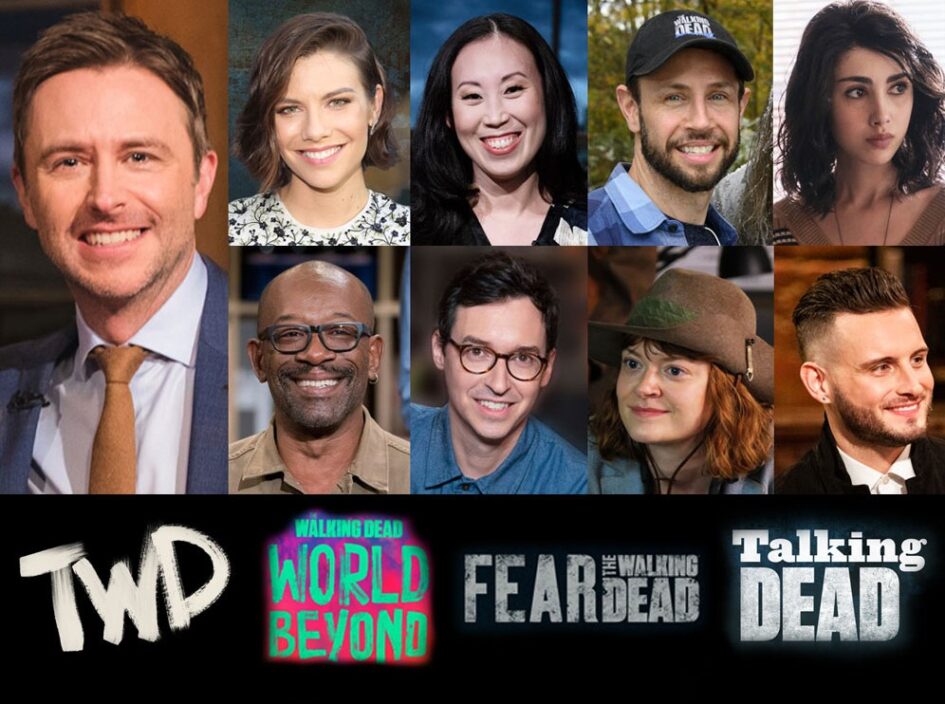 10 years is a long time for any TV show. Actors come; actors go. Filmmakers come; storylines go. And through it all (not to mention a global pandemic), the series keeps on, keeping on. So, it was shocking (for me, at least), to finally receive confirmation that AMC’s The Walking Dead will officially call it quits in two years. Now, there’s still plenty of time to wrap up the many, many loose ends (as well as all the plot holes) that are floating about the show, but it’s a good destination for the show, that’s been long in the tooth for quite a while now. Recently, Talking Dead aired “The Walking Dead Universe Preview Special,” which provided a few more details on the network’s mothership, as well as not one, not two, but three upcoming spin-off shows.

You’ve most likely heard of TWD and that means you’ve probably heard about its sister show, Fear The Walking Dead (which has recently surpassed the original’s greatness). The Walking Dead Universe expands with yet another spin-off, The Walking Dead: World Beyond, which airs its series premiere on Sunday. Also airing this weekend is the final showdown of The Whisperer War. And very soon, the next season of Fear will premiere. And did I mention the upcoming Carol and Daryl spin-off show? To paraphrase a bad politician with a very bad quote, “Never let a good IP go to waste.” And that intellectual property will keep the AMC network afloat for years to come, as every other program airing on the station will hope to soak up some of the success from Robert Kirkman’s pride and joy.

Back to the sneak peeks! Fear‘s upcoming Season 6 will feature a bounty hunter seeking Morgan Jones. Cool. In the preview show, an image of Lennie James’ Morgan Jones was shown, who’s still dealing with the effects of being shot by Virginia. Actress Colby Minifie discussed her evil role as Virginia (and a few references to her darker side on The Boys) and Executive Producer Andrew Chambliss discussed new, different locations of Texas that will be explored through Virginia’s communities throughout the season and new character pairings which will take place, as already-established ones will be broken down and then built back up again. Sounds promising, for sure.

As for TWD: World Beyond, Executive Producer Matthew Negrete (who’s been a writer for TWD since Season 4) introduced the new show tied to the overall mythology of TWD, which will give hints about the mysterious helicopter that whisked Rick Grimes away not too long ago. A younger group of characters brings the Apocalypse through an all-new lens, 10 years after it happened. Alexa Mansour (Hope) and Nico Tortorella (Felix) introduced the world premiere of World Beyond, along with an all-new name for the undead (“the empty,” really?). The teens will grow up to either to become heroes or villains in this two-season limited series. This could turn out to be a fun ride, although I’ll hold my judgement until the first season wraps.

The Preview wrapped discussing how TWD will end after 12 years. Lauren Cohan (Maggie) will return in the next season and Showrunner Angela Kang revealed there will be a handful of episodes that are filmed more like an anthology series, as the pandemic doesn’t exactly allow for large groups to gather very easily. Tales of TWD will feature one-off stories of the well-established, as well as all new ones and then there’s the Carol and Daryl spin-off…

For those of you who may have been turned off by Negan’s introduction and the human vs. human storylines that ensued, you’ll have more than a few options to return to the show you previously enjoyed. I’ve got to say, we successfully called it. We realized the mothership was nearing its endgame a couple of years ago, preparing to head home, as the arrival of all these sister shows prove the filmmakers would like to head into new directions, but within the same shared universe. Characters new and old (the chances they will are very, very close to 100 percent!) may eventually make appearances in hopes of bringing in more interest to the new series.

I am interested in seeing where these shows will ultimately end up, I’m just hoping they won’t last for another 10 years.