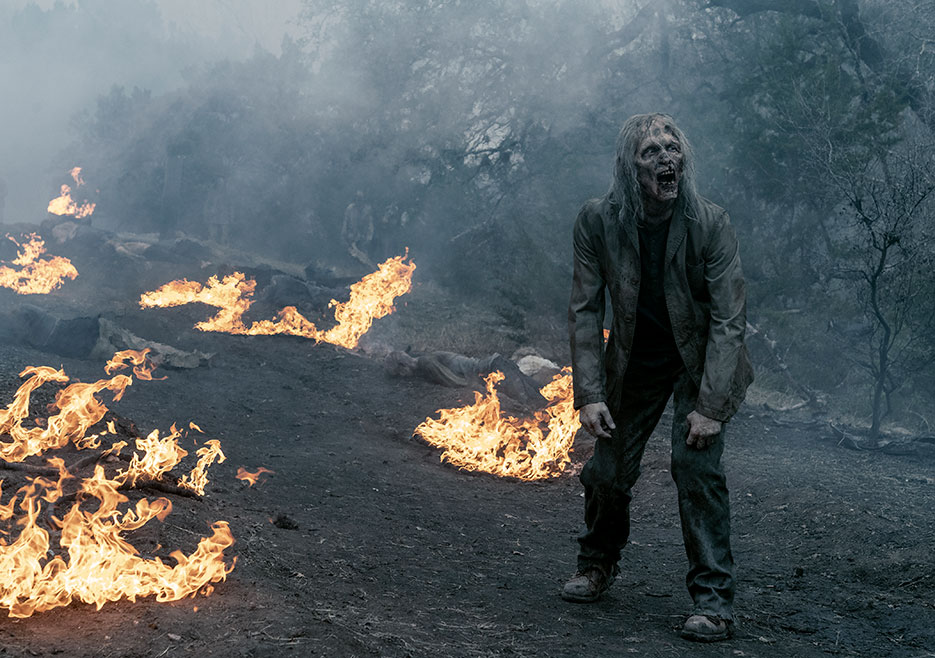 As a third undead TV show rises into the pop-culture collective, what’s next for The Walking Dead Universe?

Via AMC’s press release, there will be one more opportunity to watch the dead rise. Chief Content Officer Scott M. Gimple will oversee the new series and The Walking Dead will expand into another direction. Writer and producer Matt Negrete, who has been working on The Walking Dead for the past five seasons, will serve time as the showrunner of the new series. While there really weren’t any details revealed about the upcoming show, fan theories have been running in overdrive (Will it feature fan-favorite Clementine?).

Just as The Walking Dead proves that the world needs Rick Grimes and Fear the Walking Dead offers hope for the upcoming season, this third series will feature two young female protagonists and will focus on the first generation of survivors to grow up during the Zombie Apocalypse. Some will become heroes. Some will become villains. In the end, all of them will be changed forever, grown-up and cemented in their identities, both good and bad.

“On the heels of an incredible ninth season of The Walking Dead and as we approach an anticipated new season of Fear the Walking Dead on June 2, this is an exciting moment for the Dead franchise, which continues to thrive in a highly competitive environment,” said Sarah Barnett, president of the entertainment networks group for AMC Networks. “We are thankful to be working with some of the best creatives in the business to expand this Universe in new and exciting ways for our fans.”

“Showing audiences an unseen pocket of The Walking Dead Universe steeped in a new mythology is a very cool way to celebrate a ‘Decade of the Dead’ on TV and over 15 years of Robert Kirkman’s brilliant comic,” said Gimple. “Matt Negrete is one of the best writer-producers in TWD’s long history — I’m thrilled to be working beside him to tell stories unlike we’ve seen before, taking our first step into an even larger world.”

With all of that information, where does that leave fans of the previous undead series? The Whisperers are planning a big attack on the leftovers of Rick’s Gang in the mothership series, while ratings slide after Andrew Lincoln’s midseason departure. Fear has prospered amid a reboot with a combination of new characters and well-known ones, as well as a shuffle behind the scenes creating steady but unspectacular ratings. The spin-off series has risen from its own early season ashes, proving to be worthy of a Walking Dead title. But how much is too much for TWD audiences?

Most likely, this third series will air alternating on the already-established Sunday night primetime timeslot with AMC’s most hyped shows, including TWD, Fear, Into the Badlands, Killing Eve, A Discovery of Witches and Preacher. The biggest complaint of TWD’s current storylines have been the shift in focus of humans killing Zombies to the humans-fighting-humans conflicts. There is a very good chance the filmmakers have heard your complaints and won’t make that same mistake twice. Have those same filmmakers learned from Fear‘s failures? When the sister series began, it was clearly created in a hurry, as every element of the show was a mess. The characters were difficult like, the stories weren’t up to par and the show seemed to lack direction. There was a disconnect by fans of the original series, who simply tuned out. Now that more time and attention have been applied to the first spin-off, it’s doing well.

With a new team of writers and a new showrunner, will the new Dead improve the writing (and acting) for its young characters? Past attempts have left this viewer unimpressed with the casting choices and the storylines involving young ones. Previous complaints about writers of the TWD (and as a result, Fear) not being able to craft decent, solid storylines for its minority characters haven’t really gone away throughout the years and it seems all young people on the show also receive poor efforts by the filmmakers. That gives me caution as a new series will focus on coming-of-age characters during the reign of the walkers. I guess all we can do is wait and see, but past efforts warn of incoming dangerous circumstances for a new group of characters.