Which Skywalker Will Rise? And Which Will Fall? 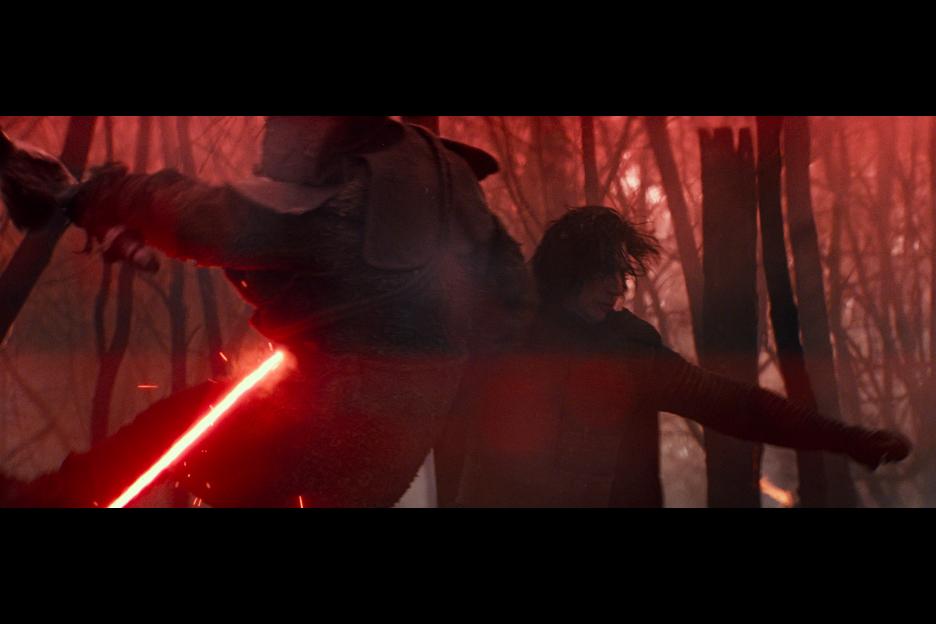 Who will survive the Rise of Skywalker? Photo Courtesy: Lucasfilm.

After Lucasfilm released the teaser trailer for Star Wars: The Rise of Skywalker, speculation and rumors about the upcoming movie have swirled nonstop on the ‘net. While I tend to shy away from all trailers of any kind — because studio marketing executives are idiots by revealing too many pre-release spoilers — a darkness that is like no other urged this Sith apologist to take a peek and see what all the hubbub was about at Chicago’s Star Wars Celebration, which premiered the trailer last week.

“Every Generation Has a Legend.”

As the teaser opens, Luke’s truths are spoken, while Rey faces down a racing Tie Fighter (Is it Kylo Ren’s personal ship?). Different worlds are shown. Different droids make appearances. Ren performs an excellent Rock Bottom wrestling move (WTF?). The REAL Lando returns! Chewbacca’s back (From Finland to a Galaxy Far, Far Away: Joonas Suotamo’s Chewie Trek)! The Saga Comes To An End… and Leia’s last moments in a galaxy far, far away are rotoscoped into new scenes.

“No one’s ever really gone…”

Then Emperor Palpatine’s hideous laugh echoes throughout, as the title screen appears.

Premiering in December, there’s PLENTY of time to break down each of the expected future trailers frame by frame, as fans try to figure out the upcoming mysterious storyline of the final movie for the Skywalkers. There’s plenty of questions to ask.

Is Luke Skywalker really dead? Has he become an evil spirit now? Is he somewhere in between? Will Kylo Ren finally realize he’s been a good guy, masquerading as a bad guy all along? Will the never-ending teases cease and finally reveal that Rey is Luke’s daughter? Ever since The Force Awakens, I’ve been pulling for her to heritage to remain unknown — and irrelevant — as I didn’t like the writing of character in Episode VII (Why would someone with literally no formal training in The Force defeat a Sith apprentice with ease?), but I’m OK with the character being stronger now, with the training of Luke.

And what about Emperor Palpatine? His laugh at the end of the trailer is inescapable. Could the iconic evil character have actually survived being tossed down that shaft in Return of the Jedi? Or, even better, is this a version of the Emperor’s clone, manifesting from the now-shuttered-and-irrelevant Extended Universe?

The Skywalker Saga has been full of drama, which turned the family’s legend on its side as Anakin transformed into Darth Vader and then things leveled out, as Luke brought a natural order to the universe once again for the good guys. But if you believe the discussions of some people, it takes bringing back fan-favorite characters for audiences to even care about the new Star Wars movies. While expanding a backstory for one storyline was successful (Rogue One: A Star Wars Story), the most recent release proved that new backstories for proven characters starring newcomers are unwanted in this space opera (Solo: A Star Wars Story).

And what about that title? So many people assume that Rey is the Skywalker who will rise, but I submit it will be Kylo who finally does right by his now-deceased parents. As a technicality, both Luke AND Leia are Skywalkers, even if adopted by a family member of another name. It would be an incredible cop-out if Rey is the Skywalker to rise, but much more complicated and more interesting if Kylo should rise from his misconceptions about Vader and become a mighty force for good. And then there’s Luke. Will he be portrayed as evil only to return to the light side?

Regardless if you liked The Last Jedi or not, the characters in this final chapter of the saga look to satisfy BOTH fans of the original trilogy AND the sequel movies. We’ll know for sure in December.