Discovering Witches (and Vampires and Demons) 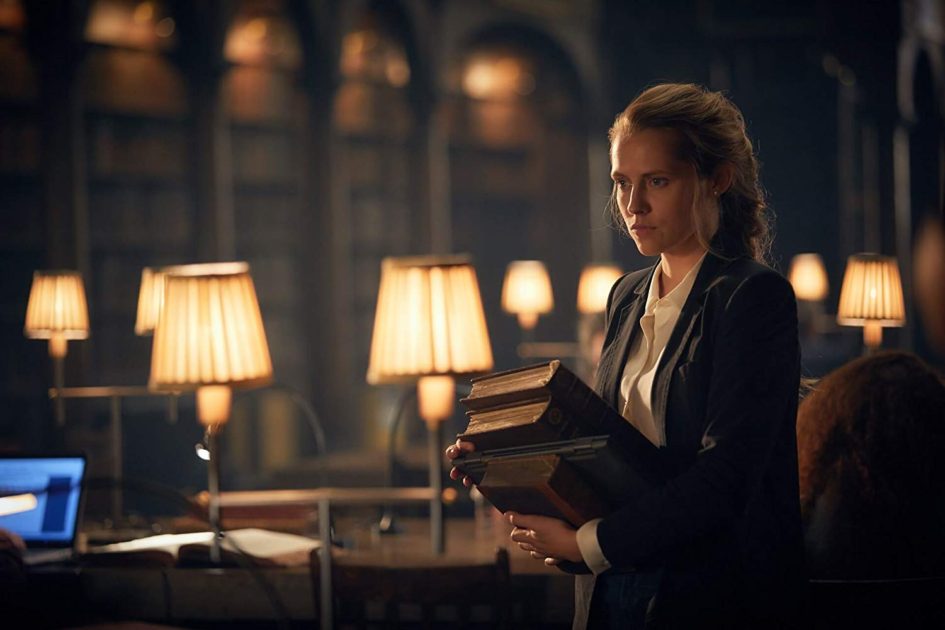 Vampires can no longer sire, demons are falling to madness and witches are losing their powers… and somehow an American who has been offered a professorship at Oxford controls the fates of all three species. This is how A Discovery of Witches begins.

Diana Bishop (Teresa Palmer) is the main character here, who’s uncomfortable around magic after what happened to her parents — something to do with the Salem Witch Trials. (Through two episodes, I kept thinking this could be a modern-day Harry Potter tale.) Vampires, demons and witches have been hiding in plain sight after humanity has taken control of the planet, which is why none are allowed to use their powers in the public today.

A medieval, bewitched book, Ashmole 782, has revealed itself to Diana after being missing for centuries. This disturbance has awakened the creatures, as everyone is after “The Book of Life.” There’s a myth that the book holds many secrets of witches, it could possibly cure demons and even detail how to “unmake” vampires. And apparently, “magic attracts magic.”

There’s plenty of cravings, historical alchemy and occult sciences in this show, which is based on the book series by Deborah Harkness. This Sundance Now/Shudder Original Series is broadcast on AMC Network and apparently, Season 2 has already been greenlit. That’s pretty bold for a new series, as the season only has eight episodes.

“Magic is desire made real.”

Superstitions and prejudices in the 21st century are on display here, along with old-school England, which creates a great clash of atmosphere. Dark magic is discussed and briefly shown, as there’s witches fighting witches, along with the desires of vampires and demons (which are treated like third-rate citizens on the power index of races).

I am more interested in Diana Bishop’s unspoken backstory than her predictable romance with a controlling vampire. I also have a feeling her introductory job offer was simply a McGuffin and won’t get much more focus, which would be unfortunate, as having witches employed in a prestigious university is a more-intriguing storytelling option that I’d like to see.

Witches and vampires have infested all sorts of entertainment genres, but I have to say I much prefer seeing them in the classical horror sense (The Witch) or horror comedy (What We Do in the Shadows), as opposed to romance stories, which this feels like it’s heading toward. I do like how the show balances the old-school feel without showing a lot of dated technology on the screen (with the possible exception of cellphones). This juxtaposition makes the story feel like it’s timeless and that these creatures and monsters have actually existed for a very long time.

I might check back in at some point to see how the story has progressed, but I would have liked to know just a little more about Diana within two episodes, in order to get me hooked and wanting to see more. So far, there’s been very little magic from a group of characters who base their entire lives on the subject.