It’s Time to Get Happy! on SyFy Channel 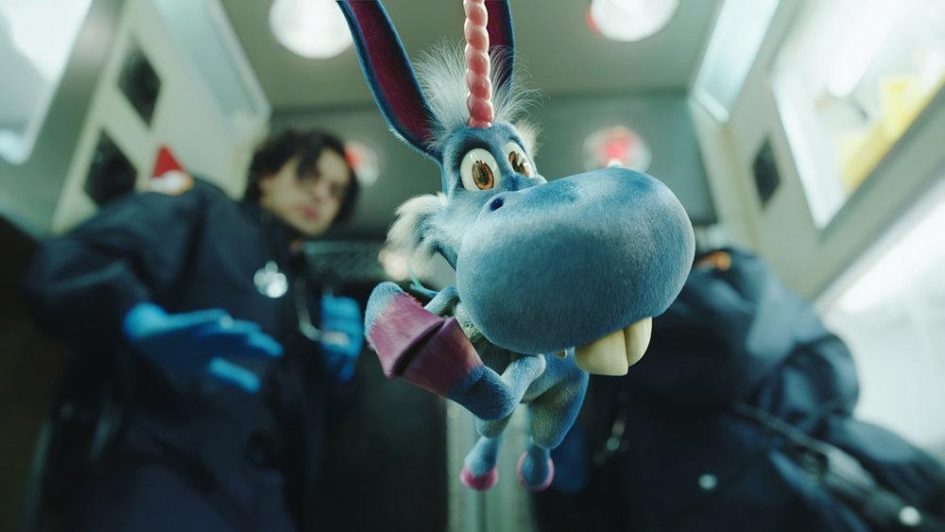 It’s hard not to fall immediately in love with Happy!, the SyFy channel’s adaptation of Grant Morrison’s gritty, dark comedy about a hitman trying to save lives in a godless metropolis with the help of his invisible sidekick. It’s actually one of those Morrison titles I’d never read — a rarity, I assure you — and while I’m certain the wildly NSFW series has been toned down from its comic book counterpart, Happy! has already provided us with a healthy dose of violence, sex and men in prawn costumes. And, of course, the titular flying unicorn, voiced by Patton Oswalt.

Here’s the gist of the story: Nick Sax (Christopher Meloni) is a disgraced New York cop-turned-mafia hitman with a vivid imagination and a sour, sarcastic disposition. When a hit goes wrong, Sax ends up taking a bullet in the chest, as he simultaneously suffers a heart attack. Meanwhile, across town, a young girl named Hailey (Bryce Lorenzo) has wandered away from her mother at a crowded event and has been kidnapped by an evil Santa Claus, whose intentions are, well, evil. Luckily for Hailey, her imaginary best friend, Happy the flying unicorn, is on his way to find the one man who can save the day.

Yeah, you see where this is headed. 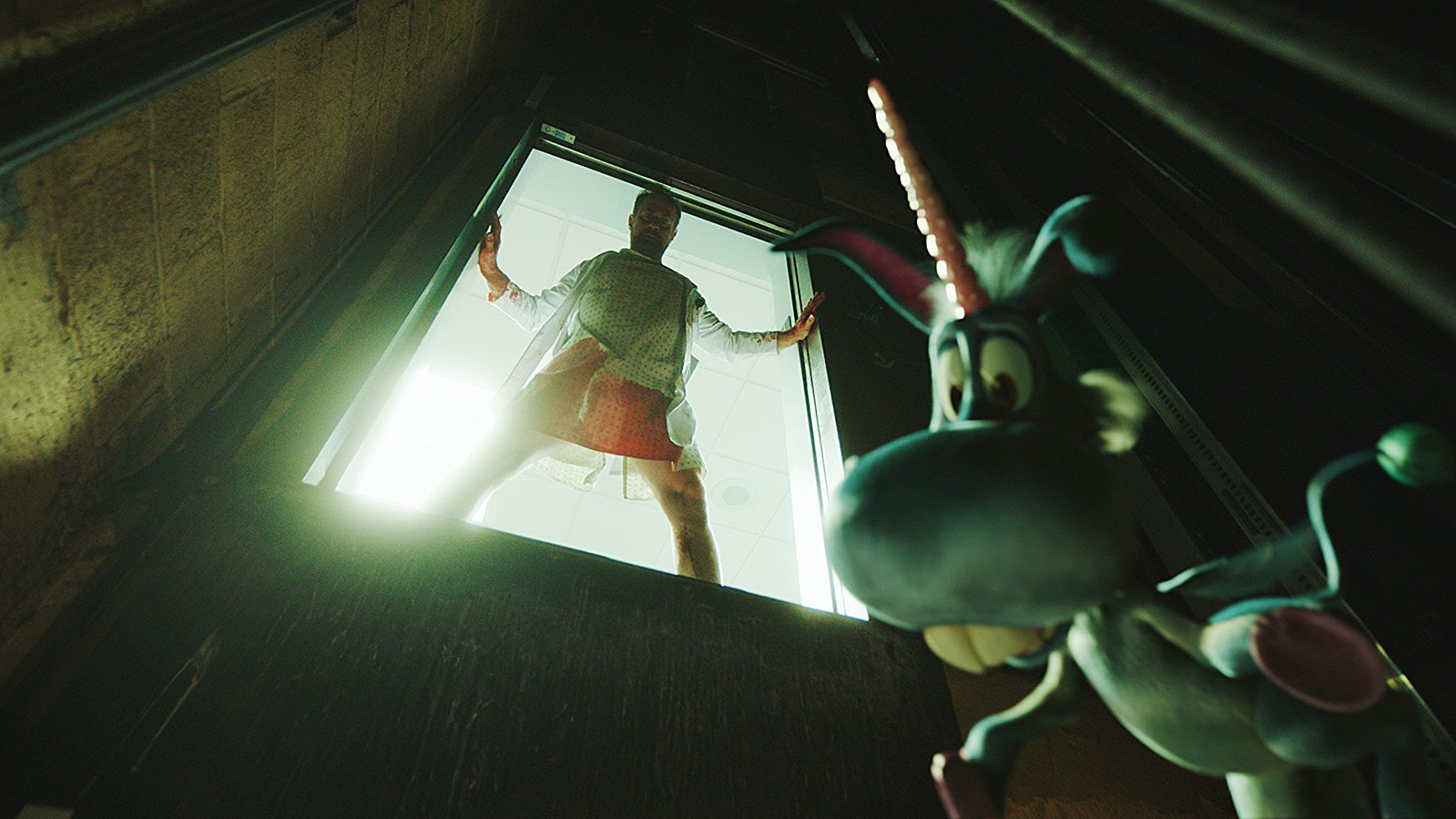 With Happy only muddying the waters of a mind already on the verge of a psychotic break, Nick Sax is now running from the mob, corrupt cops and his own demons as he tries to save a little girl from a murderous Kris Kringle.

I have a love/hate relationship with SyFy channel. They do some excellent original programming, like Z Nation and Channel Zero, but their movies, with very few exceptions, have become a parade of poorly written campy schlock starring washed-up ’90s pseudo celebs in purposefully terrible, low-budget romps. While some of these have become wildly entertaining and culturally iconic, like the Sharknado series, you also end up on the other end of that spectrum with Sharktopus and a host of other nature-themed travesties. All of this to say that Happy! has the makings of a true masterpiece with source material written by one of the most talented and prolific graphic novelists of the last 30 years.

I got up this morning and scanned through the first issue of Happy! online, because I’m usually pretty critical of book — or comic book — adaptations to film or television. I wanted to see what the source material was like. Skimming the pages, the artwork and tone were very much the same as what was translated to the screen. Meloni’s performance as Nick Sax was brilliantly done, blending sarcasm and murderous grit with a strange lovability. He’s a drunken, violent wreck on the verge of suicide, who makes a living killing people and you can’t help but root for the guy. Add Oswalt’s already snappy wit and energetic voice-acting, embodied in an animated, plushy looking flying horse with a horn and a syrupy sweet, innocent persona as a foil to the gruff, action hero style of Sax and it has the makings of a wonderfully bizarre buddy cop-style comedy. 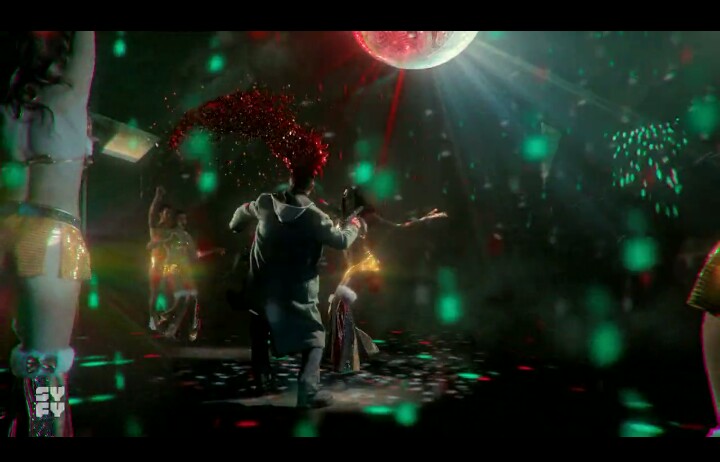 The feeling of the first episode was a blend of art-house style dark comedy, shoot ’em up adventure with psychedelic scenes from the dark imagination of the main character, countered by the bizarrely innocent title character. It’s trippy, funny, exciting and dark in a blend of Lethal Weapon meets Spawn, with a dash of Jimmy Stewart’s Harvey, for good measure. And if that doesn’t entice you to watch, I don’t know what will. You can catch the series premiere, “Saint Nick,” on SyFy’s website, so what are you waiting for?!