Time Traveling for a Brighter Future 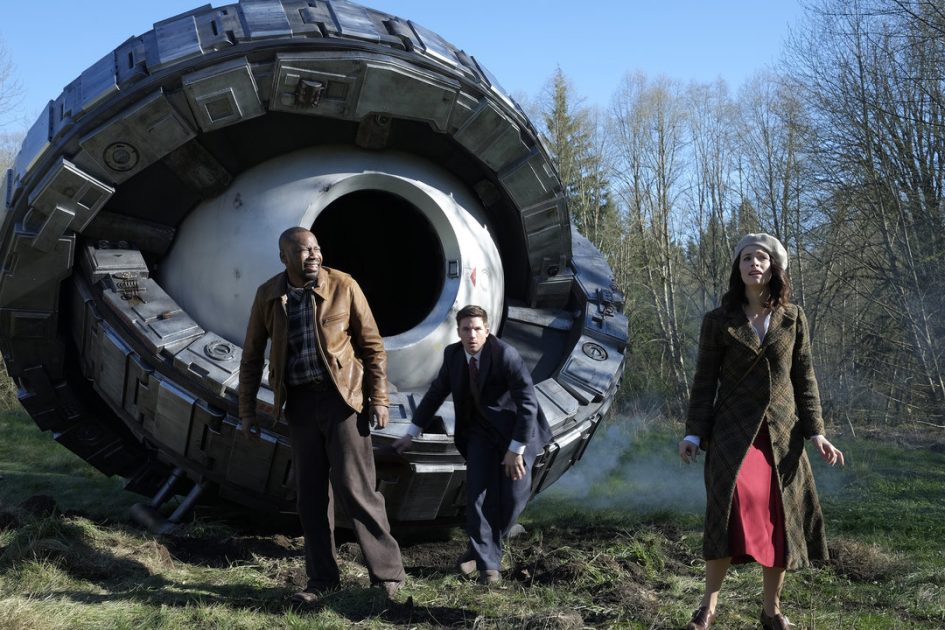 If you could prevent a new disaster from happening in the past, but in the process mess things up for the future, would you do it? This type of Terminator-meets-Back to the Future time-travel paradox presents itself within Timeless.

After watching the pilot for the new TV show airing on NBC, I am pleasantly encouraged to see more scenarios from this series arise. However, how many times can the audience tolerate seeing iconic moments of the past rewritten, only to have the villain escape, rinse and repeat, throughout the season? Feels like a newer version of Quantum Leap or even Sliders, which is not really a bad thing, but it may get tedious.

This multiverse, working on a “closed time-like curve,” is sometimes difficult to comprehend, but one thing is easy to understand: A present-day fugitive (Goran Visnjic) steals a time machine, creating havoc within the past. A professor (Abigail Spencer ), a coder (Malcolm Barrett) and a soldier (Matt Lanter) chase after him using an earlier prototype. Both machines — that look like large eyeballs — have linked CPUs, so the good guys can’t tell where the bad guy has gone, only when.

Along the way, history is rewritten and an alternate reality is created. By the conclusion of the season premiere episode, major changes have occurred within Lucy’s family, meaning somehow, her timeline was directly related to the Hindenburg disaster. And supposedly, future episodes revolve around the other characters’ timelines, as well.

Will the good guys screw up the fabric of space-time so much that they’ll wind up somewhere stranded in history, as their final destination?

Fate and destiny are tossed around as possible future plots, while the bigger picture is broadly foreshadowed. Future episodes hint that the heroes will possibly witness Abraham Lincoln’s final days, party with the Rat Pack and share drinks with Ian Fleming. Each of those scenarios sound promising, but how long before the big secret is revealed? And will the audience stick around for that admission? The future looks hazy for this series. Hopefully, the audience’s suspension of disbelief will last that long.