Kings Island Is Packed With Scares For Halloween Haunt 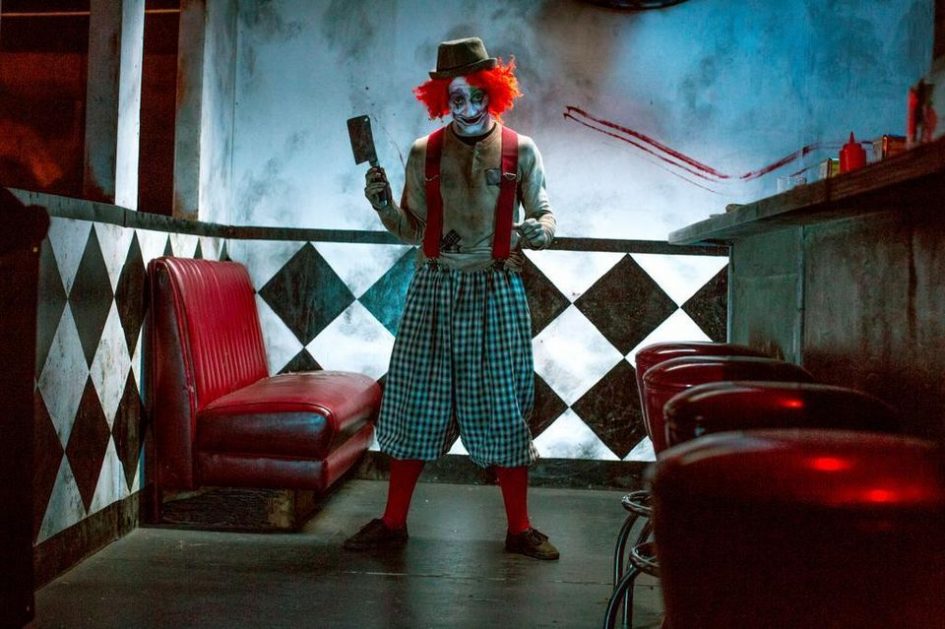 Kings Island, just a few minute’s drive outside of Cincinnati, Ohio, is one of the most popular seasonal theme parks in America. Last year, it was the second most visited seasonal amusement park in the United States behind only Cedar Point, both of which are owned by Cedar Fair Entertainment Company and occupy a spot on Ohio’s northern and southern borders.

Once Kings Island suspends operation on weekdays, after the Labor Day holiday, the park goes through a transformation. Weekends in late September through the end of October still have all of the parks’ great thrill rides available for visitors, but every corner of the park instigates eerie feelings with décor for Halloween Haunt. 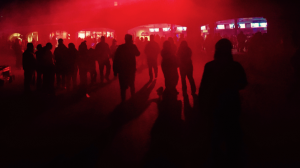 One might not notice eyeballs as big as their head hanging from branches above or death-like faces poking out of the bark of other trees when they are making their way to their favorite rides during the day. After all, with 14 roller coasters and other thrilling rides, there is a lot in the park that will test patrons’ fears. But when the sun goes down, the decorations will just jump out at you, sometimes literally. Every section of Kings Island gets a thick coating of fog. On some of the taller coasters, smoke can be seen lingering up into trees, almost masking the fact that visitors are walking through pathways below. The usual white illumination during the summer evenings is replaced with purple, red and green glows that make surroundings seem surreal. Even when you pass every haunted attraction and try to stay away from the scares, macabre characters lurk through the fog and cause hysteria. Guests with some resolve will eventually find themselves jumping from other customers’ ear-splitting screams erupting a few feet away. They can be heard everywhere. From across the park, loud noises followed by shrill shrieks, muffled only by distance, make a foreboding ambiance for others. And always lurking are the red devilish eyes looming from all sides of Kings Island’s iconic blue Eiffel Tower.

Throughout the years, some of the attractions have been taken out of commission, due to overt amounts maintenance, while others only operated during the summer months. For the Crypt and the Action Theater, this presents a grand opportunity for Halloween Haunt attractions. Though the Haunt events begin at six p.m., darkness doesn’t become a factor until later in the night. With a multitude of locations indoors, it isn’t much of a problem. These mazes all follow their own themes and create frighteningly unique experiences. The indoor attractions create a claustrophobic feel and utilize the space available. Bloody walls and scattered limbs are easy to spot, for most. Then you realize that by looking up, mangled corpses, strung up by rope and other terror-inducing props appear. Strobe lights and other effects create an unsettling atmosphere merely through disorientation. Unexpected scares are everywhere. When walking into an obviously empty room, the last thing you’ll expect is someone coming off the wall, disguised as an inanimate object or wearing attire similar to the wall design, itself. 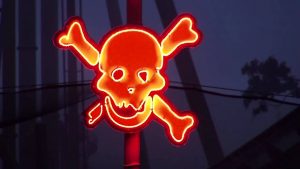 Even without a map, the locations of these attractions are east to spot with neon skull and crossbones atop every entranceway. The only setback is the sheer volume of people going through each maze. Even with staff members creating space between each group, it is likely you will catch up to other groups before reaching the end.

What really sets the Kings Island experience apart from normal haunted house attractions is the amount of money the park can put into them. Skeletal bats and other animatronic figures aren’t typical for lots of haunted houses. They’re all pretty large, too. Eyeless, sharp-toothed monsters lower their jowls and groan. Character costumes are delightfully wicked, too. Ghoulish clowns not only stalk through the night, but slide along paths on kneepads, usually toward unsuspecting guests. The park also goes all out for three different live shows that occur three to five times a night.

In all, Kings Island’s Halloween Haunt is a great experience. The park is open until one a.m. and tickets are relatively cheap, compared to many other theme parks (As low as $30.99. $20 for parking.) Being able to split attendance between 47 rides and 14 haunted attractions means there will always be something to do without having to wait in extravagantly long lines. For scare seekers around the Midwest, it is a must-attend experience. 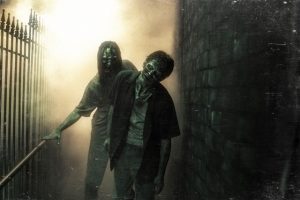