Troma Weaves a Web for Spidarlings: Arachny in the UK 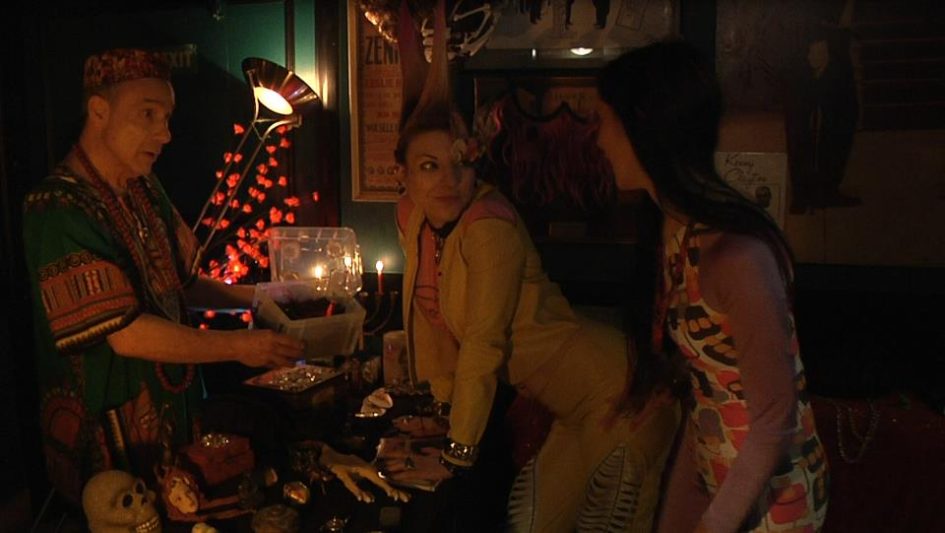 Welcome back to a new fun-filled movie review here at #HauntLife. This week, I will be reviewing a newly released film from Troma Entertainment called Spidarlings: Arachny in the UK. This film is from director Salem Kapsaski and stars Sophia Disgrace, Rahel Kapsaski and Lee Mark Jones. Originally released in 2016, this film is now being featured on Troma’s streaming media site, Troma Now.

Spidarlings centers around Matilda and Eden, a lesbian couple who are battling some money issues. Just being able to make it day by day is a massive undertaking for the pair, and to make matters worse their landlord constantly harasses them for their rent. Matilda finally finds work at a local strip club called “Juicy Girls.” While working here, Matilda meets Ticks, a man who develops a strange fixation with her. Not only does Matilda have to deal with this guy, but other girls at the Juicy Girls strip club are winding up murdered by a vicious serial killer.

As the girls are brutally killed, Matilda finds herself the beneficiary of their deaths with more money coming her way. Eden does not want the blood money, and Matilda buys her a pet spider to appease her. But soon, the spider starts having strange effects on Eden, who develops an extremely mysterious illness. Unable to find a cure, Matilda asks Ticks to help Eden.

And then the real trouble begins.

Spidarlings is a dark comedy disguising an indictment of the welfare system. It makes light of the situation that many find themselves living out in their daily lives. In fact, director Salem Kapsaski drew from his own experiences under this system and incorporated some of the events of his life in this charming film.

This film, while made on an indie film budget, looks great. From my research online, this film took five years to make. I know I also mentioned it in my last review, Gutboy, but this film reminds me again of the cult classic, Rocky Horror Picture Show. I also felt some Repo! The Genetic Opera wrapped in it, as well. Not sure if that is what the director and writer was going for, but I definitely felt that vibe.

I give Spidarlings a solid five out of five stars. The film was very enjoyable and whimsical. Spidarlings wraps Rocky Horror in an updated web of dark comedy with a political voice. If you have a chance, you have to take a look at this great film.