Is Winter Here Yet? Game of Thrones Finally Returns for Season 7! 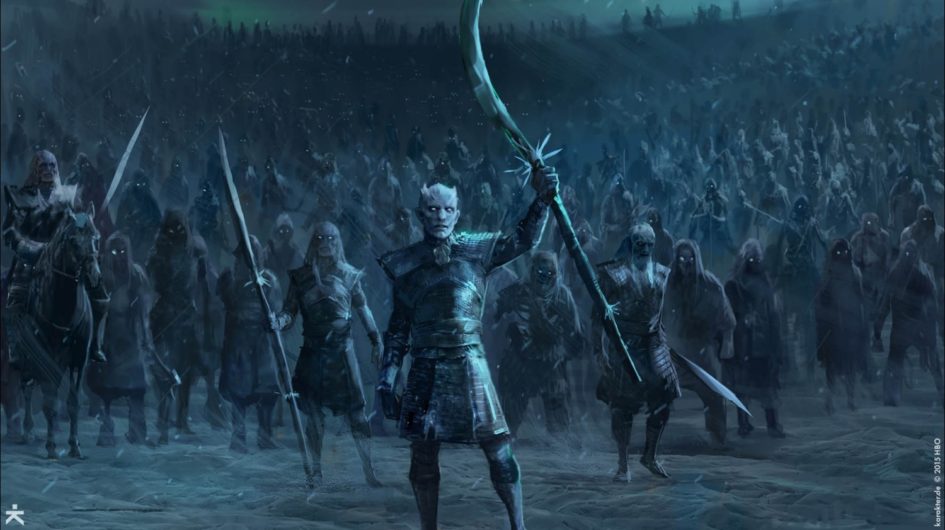 Fans of George R.R. Martin’s novels and the TV show adapted from them, Game of Thrones, have been waiting quite some time for the series’ continuation. It has been six years since the release of A Dance With Dragons, the fifth installment of the series A Song of Ice and Fire, and fans are ripe with anticipation for The Winds of Winter to roll through the printing presses and to hit the shelves of their local bookstores. Similarly, HBO’s Game of Thrones, named after the first book in the series, has been pushed back to July 16th when most of the other season premieres occurred sometime in April. The fact that Season 7 will contain three fewer episodes than previous seasons must be harrowing to fans.

An interesting thing to note about the series at this point is how the show has surpassed the plot within the books. With George R. R. Martin producing HBO’s hit series, there is little concern that the continuity will falter from his forthcoming novels, which shifts the power of knowing plot details from book readers to show watchers. For about the first five seasons, book readers watched the show with imminent knowledge of what would occur on screen, specifically relating to the numerous deaths Martin is accustomed to writing into his plotlines. Recently, though, show watchers have had the upper hand with these details. Eager conversations about newer episodes while in public have been met with demanding silence from readers saving themselves for the publications. Some of my friends have even gone so far as to give up Facebook during the weeks of each seasons’ broadcast schedule. Their frustration has become exacerbated from Martin’s propensity of working on side projects, while his age and health concerns may mean he will not be the one to conclude his own renowned series.

So, when the show last aired, a lot of things had changed. King’s Landing, which was shifting into theocratic rule by the High Sparrow under the naïve and weak-willed King Tommen, led to Cersei bombing the Sept where Tommen was about to be married, killing his bride-to-be and the High Sparrow, along with many guests. Tommen, in turn leapt, to his death leaving Cersei as Queen of the Seven Kingdoms. Varys, the Spider, had traveled to Dorne, hoping to align with Daenerys in order to wage war with the Lannisters. Though Jon is back from the dead, thanks to Melisandre, he banishes her from Winterfell for persuading Stannis to sacrifice his daughter, Shireen, to the gods to insure a victory, which didn’t happen. Arya, using her shape-shifting skills acquired at Braavos, finally enacted her revenge on Walder Frey, killing him in his own stronghold. We learn that Benjen Stark, who was last seen early on in Season 1, is actually alive and has come to the aid of his nephew, Bran, who has learned that Jon is not the bastard son of Ned Stark, but the son of the deceased Lyanna Stark, fathered by Rhaegar Targaryen. It’s a lot of storylines to keep up with, but it all adds up to one thing: Some serious bloodshed is really about to go down.

What we can conclude, as fans, is that Daenerys and the armies of Essos will be going to war with Westeros, while the unconventional armies of the north, comprised of wildlings and members of the Night’s Watch, prepare to fight the oncoming armies of White Walkers. It adds up to a lot of death by ice and fire. Of course, we are bound to see some of our favorite characters meet gruesome fates, but hopefully those will even out with the deaths of some not-so-likable characters as well, namely Cersei, Littlefinger and Ellaria.

While this season shapes up to be the penultimate one, HBO already has plans for a spin-off series in the future. HBO has already made deals with writers Max Borenstein, Jane Goldman, Brian Helgeland and Carly Wray, for development of the series. Though there isn’t anything set in stone as of yet, there are plenty of stories in the mythos of Martin’s fantasy world that would make for good television. These could be the Tales of Dunk and Egg, or any other prequel stories of Westeros, like The Sons of the Dragon, The Princess and the Queen or The Rogue Prince.

With such a great and expansive universe that Martin’s stories encapsulate, it is no wonder that the first ever Con of Thrones took place in Nashville two weeks ago. The event, held at the Gaylord Opryland Resort & Convention Center, is the largest convention for fans of Game of Thrones. The convention offered many panels from actors and actresses of the show, to live music and brought forth a Game of Thrones-themed pub crawl for the city of Nashville.

We are just days away from the second-to-last season of Game of Thrones and fans can barely hold in their anticipation. It is already the most-viewed series in HBO history, surpassing The Sopranos in 2014 with 18.4 million viewers and hitting a 23 million-viewer mark last season. The show is a cultural phenomenon and proves that great fantasy storytelling in the golden age of television can cross the boundaries of geek and nerd culture and into the mainstream.