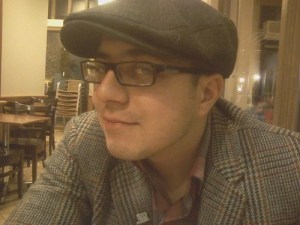 Per Matt
Truly Disturbing is a one-stop destination for everything horror related, including movies, books, games and music. Editor in Chief Sam Santiago
organizes his global staff for various assignments, including celebrity interviews and movie screenings. Sam Santiago reveals Truly Disturbing’s origins, looks ahead to San Diego Comic-Con and plans a San Diego meet and greet with his readers.

How did you initially get involved with Truly Disturbing?
– “TrulyDisturbing.com was my idea, initially. I was a writer for another pop-culture website covering horror films and had a falling out with the Owner/Editor and wanted to start my own site. It was just about finding someone to fund the site and keep up the back end HTML codes and that’s when Paul Metcalf found me via Twitter and offered up his services.”

As Editor in Chief, describe your average day at Truly Disturbing.
– “My average day is very laid back at times, but can be crazy. It goes day by day. From 6 am till about 8 pm, I get e-mails from various studios. They could be about new images for a film, an interview opportunity or an event. We also get a ton of indie filmmakers who want us to display their work, since we have a global readership. So, I’m pretty busy when days like that happen. It usually occurs around Halloween, naturally, but it could be any day.”

How would you describe Truly Disturbing to a new reader?
– “TD is a no-frills, no-gimmicks website that doesn’t have ANY pop-up ads. It has been described as ‘The horror fans’ site for REAL horror movie news.'”

In your opinion, what elements are used to create the “perfect” horror movie?
– “I suppose, to me, a perfect horror film scares rather than disgusts, has you on the edge of your seat and always throws in a few laughs.”

What is your favorite horror movie?
– “My all time favorite film is John Carpenter’s Halloween. Damn near perfect.”

Do you get to attend many horror or sci-fi conventions throughout the year?
– “I have attended EVERY major and minor horror convention on the West coast.”

You’ll be attending San Diego Comic-Con this year. What interests you about this convention?
– “This will be my seventh year attending SDCC and at this point, I’m looking forward to seeing old friends and new. Whatever happens, I try and have a positive outlook. SDCC can be VERY stressful.” 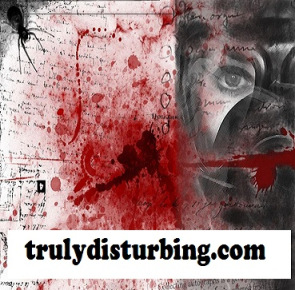 Truly Disturbing will be hosting an informal meet and greet at SDCC. Do you have any details for this?
– “The ‘meet and greet’ is more of a ‘Hey, we’ll be here drinking and having a bite, come down if ya want and say hi.’ That’s about it really, nothing fancy.”

Will you be attending any upcoming conventions after San Diego Comic-Con?
– “Whatever conventions will have us. Those are the ones we’ll attend.”

Is there anything else you’d like to add?
– “Thanks for asking us questions. If you want 24/7 horror news with no frills or gimmicks, visit Trulydisturbing.com. We’re good for what scares ya.”