Truth or Dare is Generic Horror 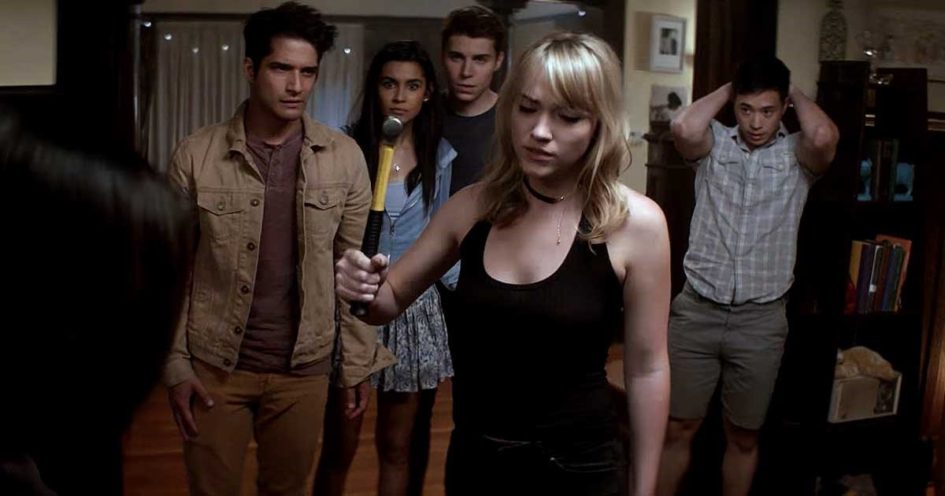 It’s fairly rare that I give a film one star. Normally, I save such ratings for films that are gimmicky, low-budget indie films. The writing has to be so far off that watching the film is torture. While Truth or Dare isn’t that level of terrible, watching it was torture. I felt as if reviewing this film was actual work. Perhaps the intent was to launch a ’90s-type college horror film, such as Scream or I Know What You Did Last Summer. I did catch that vibe, but the mark was missed.

Truth or Dare is about a group of college-aged friends who go on spring break together in Mexico. The group decides to follow a stranger to what looks like a deserted castle straight out of Dracula. It’s actually an abandoned monastery. The gang decides to play a game of Truth or Dare with the stranger and later find out that are playing a possessed game. That’s right, the game is possessed. Go ahead roll your eyes now and get it over with. Basically, a player gets a request from a demonically smiling person and gets asked, “Truth or dare?” They have to pick one or they die. They have to answer completely and truthfully or they’ll die. They have to finish the dare or they die. One would assume this could lead to some very crazy circumstances at least. It really doesn’t. I’m a fan of PG-13 horror, but this is a film that very obviously shouldn’t have been. Perhaps, and I make no promises, but perhaps had the film taken the course of an R rating, the story could have led to more and more heart-pounding dares and confessions. Unfortunately, the characters we were given didn’t have much depth, so the “truth” had little impact, while the dares were almost silly in nature.

The only redeeming quality of the film was trying to figure out the game’s origins and that was actually fairly anticlimactic. The film literally is a fail on every level. I wasn’t expecting an award-winning film, but the movie even failed at what it was supposed to be: a teen slasher. A film at this level is at a minimum supposed to showcase the gore. I’m normally one to stand behind the idea that in horror films, less is more. I find torture porn to be boring. The fact that I’m actually saying this film needed more death or nudity or something… anything, the film would have probably been better had it been a Netflix release. I can’t imagine who would have thought this film needed a theatrical release. I’ll also go ahead and warn you that the “twist” ending is simply a set up for sequels. Like I stated earlier, I had that whole Scream ’90s horror in my head while watching. It very obviously fails in its imitation, but I saw where the producers were trying to go. The end result, however, was unfortunately very unsatisfying.

I give Truth or Dare one star. This Friday the 13th, I recommend heading over to your favorite streaming platform and binge watching a few of your favorites instead of heading to the movie theater to see this disappointment. Check your local listings for times.