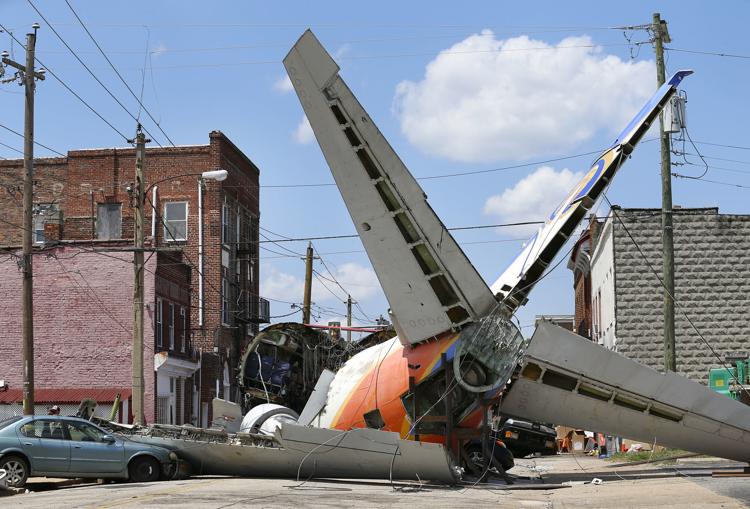 What happens after the world no longer needs Rick Grimes? We will find out when the third Walking Dead series debuts on AMC during Spring of 2020. But until then, we can only assume what kind of storyline the spin-off series will include. Here’s what we know about this upcoming show so far…

Technically, it still doesn’t have an official title yet, however, shooting scripts have included Monument as its working title. The Richmond Times-Dispatch has some pretty great set photos of the production, which is being filmed and based in Virginia.

Initially, we had some first thoughts about this upcoming spin-off series and most recently a teaser trailer was released, along with some breaking news at San Diego Comic-Con:

“There’s a big secret about the Walking Dead Universe,” said Chief Content Office Scott M. Gimple. “All these years we’ve just seen a tiny sliver of the Walking Dead world. There’s a whole lot of world out there. The big secret is that all along, there have been other civilizations that survived the Apocalypse. We saw hints of that in Season 7 of The Walking Dead and again in ‘The End of Everything,’ and now we’re about to show a lot more of the world in a bunch of different projects. These kids could stay where they grew up, in this place of comfort and security, but they leave their home to risk everything for a quest while they are pursued by adult friends on a quest of their own. We will see some of these kids become heroes and others become villains.”

According to network officials, the show will feature “two young female protagonists and focus on the first generation to come-of-age in the apocalypse as we know it. Some will become heroes. Some will become villains. In the end, all of them will be changed forever. Grown-up and cemented in their identities, both good and bad.”

According to Variety, Alexa Mansour, Nicolas Cantu and Hal Cumpston have been cast in major roles, with Mansour possibly being one of the two protagonists, being “a good-natured rule breaker who lives for today. She is likable and funny on the outside but sad on the inside.” Annet Mahendru will play a character named Huck, Aliyah Royale will play Iris and Nico Tortorella will play Felix, “an honorable man of his word, who isn’t afraid to fight for others’ safety and acceptance.”

Gimple will co-create this show along with TWD writer/producer Matt Negrete, who will serve as the showrunner. And apparently Jordan Vogt-Roberts (Kong: Skull Island) will direct. The show’s first season will include only 10 episodes, all of which take place after the Zombie Apocalypse has already occurred. Much like Fear‘s growlers were originally envisioned to be taking place before the infection spread and the rising of the dead, this third series will take place after it’s been around for a while. And we can probably expect more than a few crossover characters showing up at some point.

As The Walking Dead‘s Season 9 wrapped, AMC’s mothership moneymaker was showing signs of being long in the tooth. More recently, Robert Kirkman shocked the world with the surprising conclusion of his comic series. And the upcoming Season 10 of TWD will include Michonne’s exit, which leads me to forecast this for the franchise: The revelations and deaths of major characters will build anticipation for a new type of story, located somewhere else within The Walking Dead Universe. Fear will get more crossover characters for its upcoming season, followed by the epic conclusion of TWD in Season 11 and the new show will also get surviving Walking Dead characters, forever building new storylines based on past episodes.

Sounds like a never-ending Zombie storyline to me, courtesy of Robert Kirkman’s grand plans.