Family Ties Bring Out the Best of Final Space 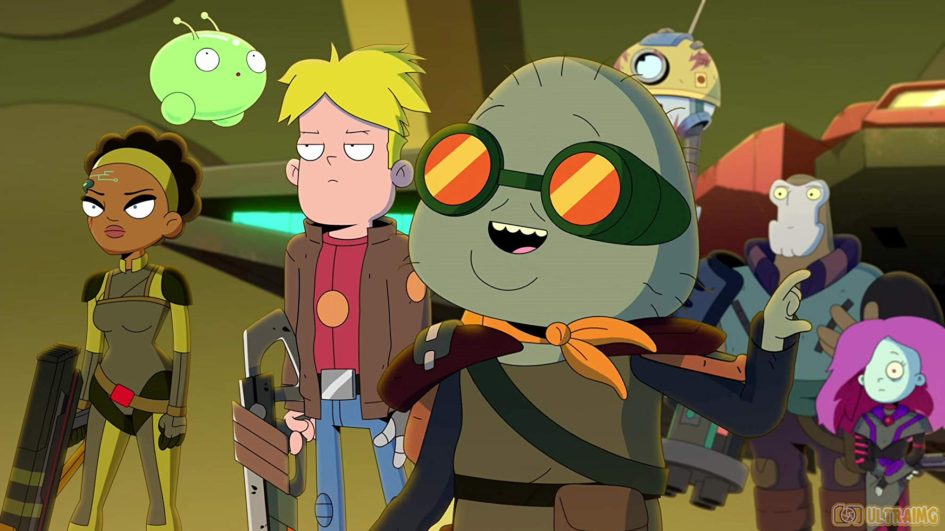 Through 15 episodes, Final Space has created bizarre situations for its characters, along with some pretty good laughs, but the animated galactic sci-fi show shines when it deals with family ties. In fact, its sad episodes are much more effective than its over-the-top funny adventures. So, what can we expect for the rest of Season 2?

Gary is still super goofy, but he’s slowly learning how to become a superhero. The moments when he’s allowed to be himself are when the character really shines, such as his infectious Kenny Loggins dance break that gets everyone aboard his ship grooving to the music in an instant classic. KEVN, the super-annoying deep-space insanity-avoidance companion, will continue to be the butt of Gary’s jokes, which are usually pretty funny. Mooncake, the planet-destroying superweapon and HUE, the artificial intelligence that’s now housed in a super-slow robot, are usually characters used as plot devices to move the story forward without needing many explanations. Tribore Menendez is the head of the resistance, although he’s primarily used to ask untimely questions and create some laughs. But it’s Little Cato, Ash and Fox, along with Gary, who tug on the heartstrings of the viewer.

Through these four characters, we are shown fear, hatred and weakness issues, but the biggest one each one suffers from is abandonment pains. Fox and Ash were adopted as young children. Little Cato is still haunted by the death of his father from the first season (Final Space Aims to Boldly Go Where No Man Knows…). And in the best-written episode of Season 2 so far (“The Notorious Mrs. Goodspeed”), Gary learns the whereabouts of his long-lost mother, eventually summing up their relationship best when he says, “She’s good at taking what’s important to me.”

That’s an excellent drop-off point to look at the first half of Season 2.

Quinn’s been missing, but I prefer seeing the portrayal of her future embodiment, Nightfall, as this character expresses her feelings easier than her younger self. Clarence is kind of a waste of space, although he’s always good for a few “dirty” jokes, which are always hilarious. The nicknames are back (“Thunder Bandit” and “Spider Cat” are now replaced with “Stardragon” and “Hellcat”), although Gary and Little Cato ought to have more meaningful dialogue opportunities. Not a lot has been revealed about Bolo the Titan so far, but apparently this ragtag crew is willing to risk their lives for locating the five Dimensional Keys, which just happen to be hidden throughout the universe in random, unmarked locations in order to save the god-like creature.

The Toro Regatta space race was fun, the Zombie-like carcasses of The Surrendered were killer and the “reverse robbery” was a unique bonding opportunity, but it’s the unlikeliest of moments that mean the most in this series, and they’re usually understated. While the voice acting has always been a strong suit for this show, its writing has vastly improved over the efforts of the first season. Final Space should definitely be regarded as sentimental science fiction, but it’s also a pretty good TV show, overall.

I really hope that Staff Writer Nick Watson gets acknowledged for his writing efforts this season, as he has been credited with writing the episodes that have moved me the most. As a character, Gary has really grown on me. I’ve come to accept the absurdity from him, which deeply masks his emotions. Watson has done a great job extracting Gary’s personality onto the small screen and I hope that Nick continues to get even more opportunities in the near future.

Season 2 will only include 13 episodes, but if there’s more episodes featuring Gary’s con-man mom (con mom?), along with more ridiculous pissing contests, I might just flip out with anticipation. And as we all know by now…

“You can never go wrong with a back flip, kid. Write that down.”