Werewolves, Golems and Magic. Oh, My!

Because of my love for Harry Potter, I find myself always searching for more *magic* in other places… Chilling Adventures of Sabrina, The Magicians and even Magic for Humans. The newest magical TV series out on Netflix, The Order, has subdued my need for more supernatural fantasy. The plot involves a college freshman out to avenge his mother’s death, with the help of his grandfather. Jack Morten (Jake Manley), works hard to be accepted into a prestigious university to join a mysterious secret society. He soon finds himself battling between werewolves and practitioners of dark magic, while pursuing his love for a girl he can’t have. 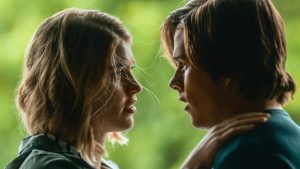 Released in March of this year, I dove into the first few episodes, hoping for a great series. Learning that the magic is real, Jack encounters werewolves, golems and murderers during his pledge to be accepted into the Hermetic Order of the Blue Rose. Jack’s persistence in joining The Order is fueled by his hate for his biological father, Edward Coventry (Max Martini), the group’s Grand Magus. Jack believes — with influence from his grandfather — that Edward was responsible for his mother’s death (btw, Edward doesn’t know Jack is his son). While completing his pledge duties, Jack finds himself running from a werewolf, stumbling upon an old home. Running into the basement, Jack becomes entwined with a werewolf hide and is chosen to be bound to Silverback, the group leader of The Knights of Saint Christopher – a sacred brotherhood appointed to fight dark magic. 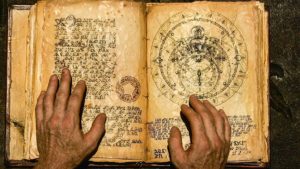 Not only is Jack torn about this, but he also falls in love with Alyssa Drake (Sarah Grey). Alyssa is a higher-ranking member of The Order and refuses to become involved romantically with Jack. She becomes starstruck when Edward, the Grand Magus, asks for her help in bringing together the four pieces of the Vade Maecum book, containing the strongest spell in the world. Jack, now learning how to control his werewolf powers, becomes a double agent by being accepted into The Order and helping The Knights stop Edward.

At about the fourth episode, I grew tired of the cheesy acting from Jack and Alyssa’s sexual tension. I was rolling my eyes so much, they almost got stuck. 👀 But as the episodes went on, the weirder and crazier it became, and with each minute I became more into it. The acting got better, the show was smarter and I was already half-way through, so why not? 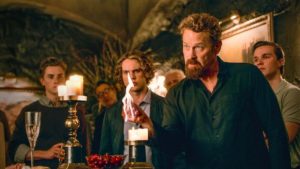 The rest of the season was cliché, but with unusual twists. As expected, Jack saves the day and gets the girl… or does he? The finale was interesting. I would have thought it was the end of the series, but it looks like Season 2 is coming out in next year. As a show targeted to young adults, I’d say it is great for teens and people who aren’t TV snobs. Lots of plot holes and over-the-top acting, plus supernatural oddities make it unoriginal, but I am looking forward to seeing what the next season has to offer.