EPIX Gives Bruce Wayne (and Alfred) a Backstory With Pennyworth 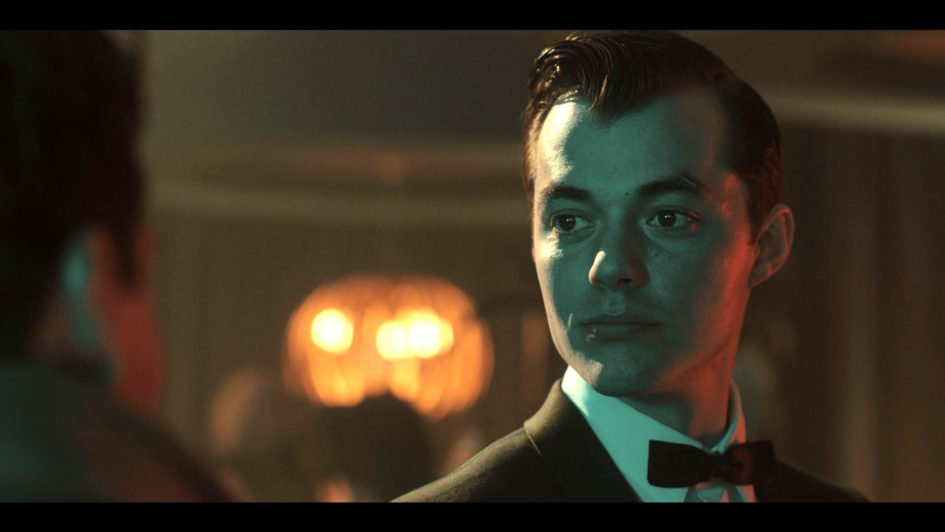 Jack Bannon is Alfred Pennyworth in the new EPIX series.

Per Matt
As Gotham‘s television series winds down, EPIX is just getting started in exploring Bruce Wayne’s family tree in the upcoming TV show, Pennyworth.

Based on the Wayne family’s legendary butler, Alfred Pennyworth, the upcoming EPIX series features the former British SAS soldier who goes to work with Thomas Wayne, a young billionaire, who’s not yet Bruce’s father, in 1960s London. Jack Bannon (The Imitation Game, Ripper Street) stars as Alfred and Ben Aldridge (Our Girl, Fleabag) will portray Thomas Wayne. Premiering in June 2019, the first season will consist of 10 hour-long episodes from Warner Horizon Scripted Television, based on DC characters created by Bob Kane with Bill Finger.

Pennyworth is brought to life by executive producer/writer Bruno Heller (Gotham, The Mentalist, Rome) and executive producer/director Danny Cannon (Gotham, CSI series). Production on the series is currently underway at Warner Bros. Studios Leavesden in the UK, which is the first television series to film at Leavesden.

It’s no secret that I grew up reading Batman comics and ultimately, the superhero without any supernatural powers (other than being an incredible detective with an incredibly high IQ) became my favorite character. Through “Year One,” Batman’s early years of fighting crime were shown. “A Death in the Family” proved tough for Bruce, as young Robin, Jason Todd, died at the hands of his best foil. And “The Killing Joke” was probably the best Joker story ever told. While The Dark Knight Returns told a future Batman story that will never be improved upon, these were my favorite stories revolving around my favorite comic book character while growing up, but none featured too much on Alfred. While he did get more of the spotlight in “Knightfall,” his loyalty and medical knowledge were mostly on display throughout these stories.

I was never really interested in watching a very young Bruce grow up with a crooked city all around him in Gotham, but I’m really interested in watching the roots of the Wayne family tree grow and form the basis for the character we all know who grows up to become one of the greatest crime fighters ever. I don’t know very much about the supporting character because I stopped reading comics years ago. I’m sure Alfred has a very broad framework of basis to work with, so I’m intrigued to see some of the character’s earliest stories come to life.

Programming for EPIX has been strong, with series including Get Shorty, spy thrillers Berlin Station and Deep State and the excellent docuseries, PUNK. If you don’t receive the EPIX station in your cable or satellite package, you can use the EPIX NOW app for Apple and Android devices to watch the channel’s programs. It’s $5.99/month, but users can get a free seven-day trial. So, there’s no excuse in missing out on this upcoming series.