What Cosplay was Trending at MegaCon ’17 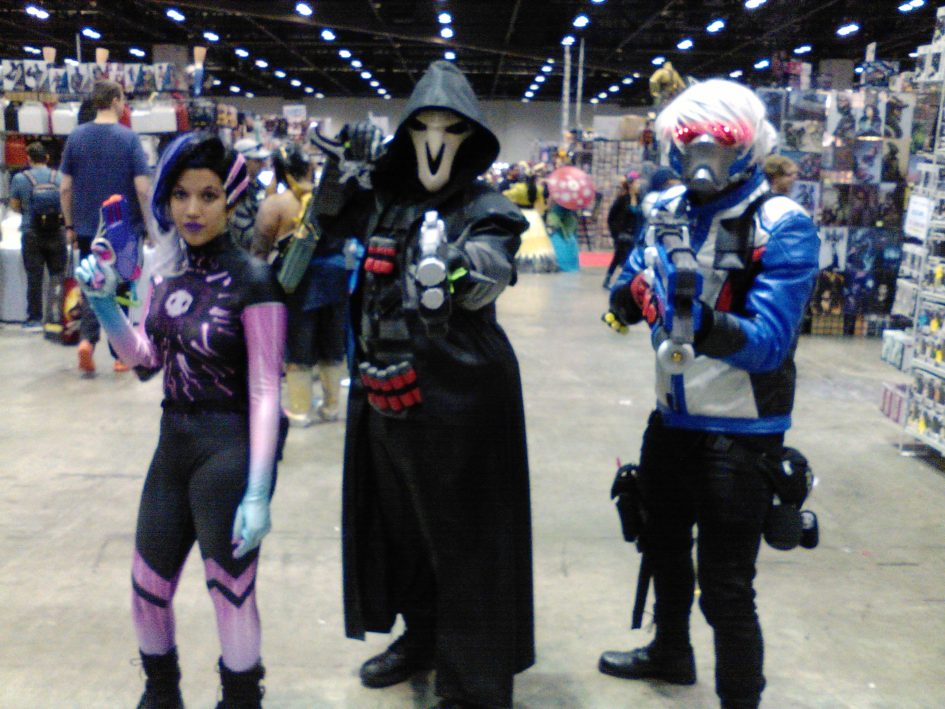 Wondering what all the other cosplayers will be dressed as at conventions this summer? Curious as to which superhero or anime outfits are in vogue? I’ll report on what I witnessed at MegaCon so you don’t go to your next convention as Rick Grimes, when you should be going as Negan; or Suicide Squad Harley Quinn, when you should be going as the Amazing Amazon, Wonder Woman.

MegaCon, which took place over Memorial Day weekend, kicked off the summer convention season. Held in Orlando, FL, it is one of the Top 10 comic book conventions in the country and has ballooned from three days to four. I was there on Saturday, when it is not only the most crowded, but it felt like every other attendee was dressed up to some degree or another.

Maui’s giant fish hook is what first caught my attention after I funneled into the side entrance and collected my bearings. The guy cosplaying as the Hawaiian demigod should be working at Disney, his costume was so on-point, and whenever a young girl would wave goodbye after getting her picture taken with him, he’d wave back and say, “Have a good day, princess!”

Towering over the convention-goers Aku, from Samurai Jack, lumbered through the crowds. A guy on stilts, with a woman dressed as Ashi at his side. I also saw the usual bevy of Deadpool cosplayers about — photo-bombing pictures, goofing around, or in wacky accessories like hula skirts or chef’s hats. Not as many were dressed as Wade Wilson this year, but I’m sure when his new movie drops, we’ll see a tidal wave of red and black… maybe with some Cable on the side. 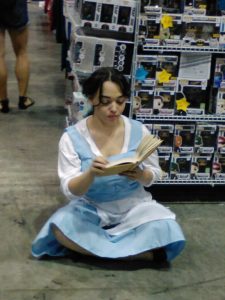 With the new Wonder Woman movie being released, I saw many female cosplayers as Diana Prince. Most, but not all, were dressed in some version of the New 52 ensemble that includes jeans, as opposed to a swimsuit-style outfit. There were also several Spider-Gwens and even a Gwenpool. The easiest outfit must have been Misty from Pokemon, as I saw at least half a dozen that day, although only one had an Ash and Brock with her. A close second would have been Belle from Beauty and the Beast, but not in her ballgown. Almost all I saw were dressed as if she was going into town to the book shop. My favorite photo moment was when one Belle sat down with a book at the intersection of two aisles and pretended to read. A small crowd soon formed around her for the Kodak moment.

If girls were in a group, the most popular choice seemed to be Sailor Moon. I stumbled upon several groups of Sailor Scouts throughout the day. Sometimes it would just be Sailor Moon in the company of Tuxedo Mask. Groups of guys were usually garbed as Ghostbusters or suited as Stormtroopers, or various military outfits from one video game or another.

But if I had to describe where the most popular new cosplay costumes came from, it would be…

You have no idea how popular this video game is. I must have counted almost a dozen different cosplayers dressed as D.Va, three as Soldier: 76, two as Sombra, two as Reaper, two as Genji, two as Widowmaker in different outfits, same with Tracer and with Mei, several as Mercy, one Hanzo, a Symmetra and a partridge in a pear tree.

OK, maybe not that last one, but any hero that wasn’t a tank or omnic robot, I must’ve seen at MegaCon. 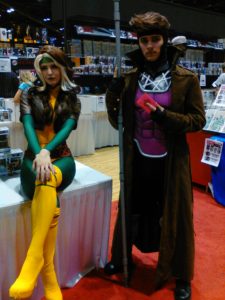 So, if you have a group of friends, guys and girls, and you’re wondering what characters to cosplay as at your upcoming convention, might I suggest Overwatch? And even if you’re flying solo, you can still team up for a photo opportunity.

At the end of the day, there was a Widowmaker posing in her Huntress uniform when a Tracer bandied up to her and asked, “Whatcha lookin’ at, luv?” It was a magic moment reminiscent of the mini-movie, Alive.

They posed for a small crowd of picture-takers and when they were done, they parted ways. Widow went to the shuttle stop. Tracer went to join her friends sitting on a ledge and crossed her legs in her sitting emote. 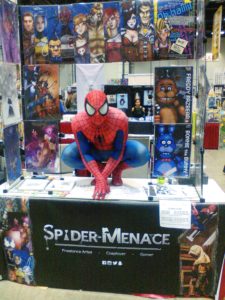