What Happened to James Bond? 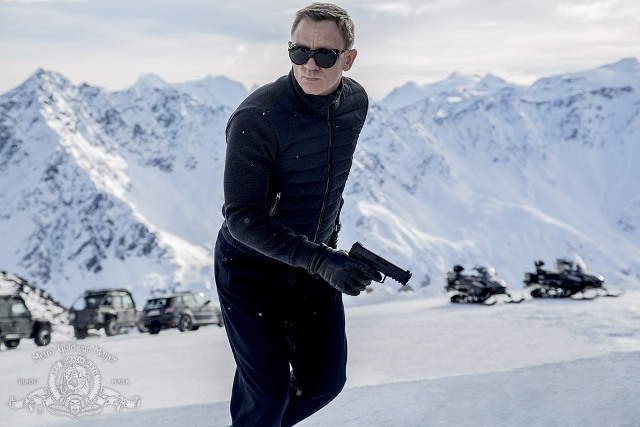 Per Matt
Based on Ian Fleming’s novels and short stories, the James Bond movie franchise has endured for 53 years, grossing more than $6 billion to date. But with the release of Spectre, the film franchise seems to be heading into a different direction. So, what, exactly, happened to James Bond?

Each of Bond’s previous big-screen adventures have been known to include international intrigue, exotic locations, beautiful women, sci-fi gadgets and plenty of action scenes. In one form or another, Spectre has all of those elements and more. But this time around, Bond feels tired. As Spectre is the 24th Bond film released by Eon Productions, the company knows a thing or two about crafting stories around the main character. James Bond has been a pop-cultural icon for many years. Women love him and men want to be him. However, after the smashing success of Skyfall — which won multiple Academy Awards, Grammy Awards and BAFTA Awards, as well as hauled in the biggest box-office gross of the entire franchise — expectations for the follow-up movie went through the roof. Sadly, the expectations for Spectre are unrealistic.

Full Disclosure:
I grew up loving the Bond movies of the ’80s and ’90s, but I seemingly lost interest in the franchise once Tomorrow Never Dies was released. Since then, I’ve seen bits of pieces of several sequels, but it took Skyfall to reignite my enthusiasm for the character. Needless to say, background information for the past handful of movies is sketchy at best, regarding all the movies I’ve missed.

Spectre opens like a video game, full of bells and whistles, as Bond hunts down a bad guy during Mexico City’s Day of the Dead festival (the cinematography is incredible). There’s little dialogue during the action-packed chase, hearkening back to old-school platformers, where Player 1 must dodge oncoming obstacles in order to survive. Once Bond (played by Daniel Craig) reaches his goal, he begins to uncover the truth behind the global criminal organization known as Spectre, but he needs a little help. Back in London, a power struggle ensues and the MI6 program is shut down. Going against orders, Bond continues his investigation, fighting his coworkers and enemies alike, until a familiar face from his past reemerges in the worst possible way.

Returning for Spectre are Ralph Fiennes as M, Ben Whishaw as Q and Naomie Harris as Miss Eve Moneypenny (who’s as charming as ever). Dave Bautista is decent as a henchman, Christoph Waltz oozes evil as the Big Bad and Léa Seydoux is strong and seductive as Dr. Madeleine Swann (one of three Bond Girls).

What’s Old is New Again:
– The film was shot in five countries on three continents
– At 50 years old, Monica Belucci is the oldest Bond Girl ever
– It’s only the second time Bond’s apartment has ever been shown on screen
– The running time of 2 hours and 28 minutes makes it the longest Bond film to date
– The budget was more than $300 million, making it the second-most expensive movie ever made in Hollywood

While the film has the makings of a great new villain, it felt like Director Sam Mendes was coasting on the success of Skyfall and not really bringing his A game. Unfortunately, I got lost in the ages-old backstory, which Bond must wade through for at least an hour and a half, full of callbacks to movies I’d previously missed. While the die-hard fans will recognize every reference and love it, this former Bond fanatic felt like it was lazy storytelling, at best.

What went wrong? Well, the movie just isn’t fun enough. As Bond sleuths around, the backstory bogs things down.

Daniel Craig’s fourth appearance as Bond is dutiful, but even he has made it all too clear he’s restless for other roles. “I’d rather break this glass and slash my wrists,” than play Bond again, he told Time Out London. “All I want to do is move on.” Since making those comments, the actor has backtracked a little bit, but the writing’s on the wall.

Spectre is sure to earn hundreds of millions of dollars for the franchise, while building off Skyfall’s success, but this is definitely not the best Bond film out there… it may not even rank within the Top 5 of the franchise. And that’s saying something, because there were quite a few stinkers out there. Here’s to hoping Director Sam Mendes and Daniel Craig don’t return for the next installment, basically creating another reboot for the films. Maybe some new blood needs to be introduced both behind the camera, as well as on the big screen, in order to jump start the franchise, once more.

Strength: All the usual Bond elements are present and accounted for.
Weakness: This time around, there’s just too much backstory slowing down the movie.
WTF Moment: Sam Smith’s title song may earn him plenty of awards and notoriety, but it feels like it lasts forever.

Notable Quotes:
– “It was me, James. The author of all your pain.”