What Happens After Michonne Leaves The Walking Dead Next Year? 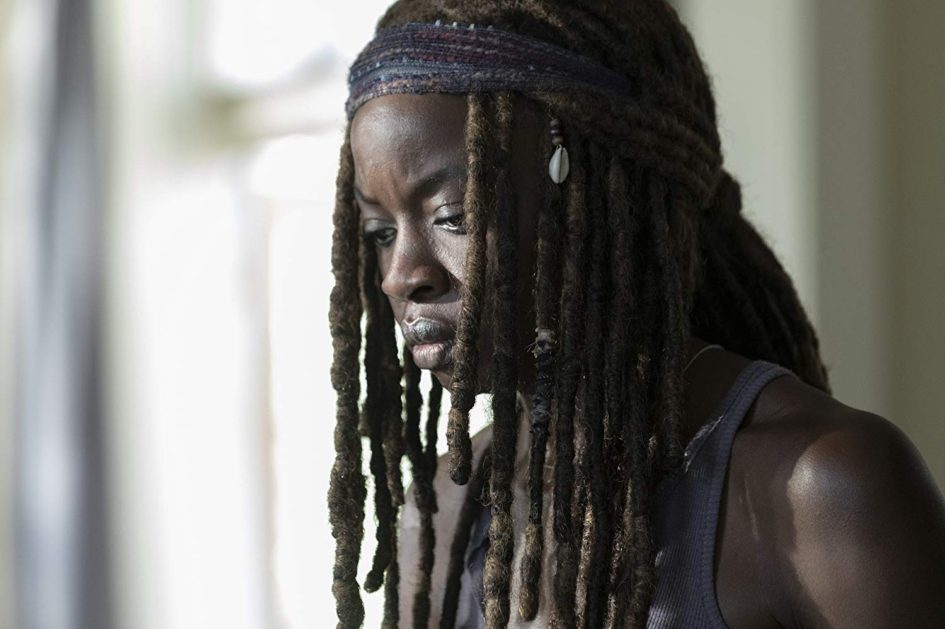 Danai Gurira (AKA Michonne) ponders the future as her character will be leaving The Walking Dead next year. Photo by Jackson Lee Davis/AMC.

It seems the original cast from the first few seasons of The Walking Dead has been dwindling quickly. Has TWD become so much of a dumpster fire that each one of the main actors is prepared to leave as soon as possible? News leaked that next year, Danai Gurira — better known as Michonne — will be leaving the series after appearing in only a few episodes. So, what happens next for basic cable’s highest-rated TV show?

For quite a while, the ensemble drama has remained whole, as the main actors on TWD have remained, working together, seemingly enjoying being on the series. Newer characters were introduced to the storylines. Some had major roles, some had small roles and remained, while others quickly exited the show. And the main cast remained. But lately, it all seems different.

Glenn and Abraham were killed off in part to Negan’s epic entrance, but once the show really strayed from its comics origins and killed off Carl, it seems to be all going downhill from there. Andrew Lincoln wanted to be with his family in England, which is only natural. And now, Danai will be following him off the show. The rumor mill believes the two actors will meet up again via AMC’s planned Walking Dead movie trilogy, which could be great. But there’s a much bigger reason for her departure: The Marvel Universe. Since appearing on The Walking Dead, none of the main actors have really become breakout movie stars while working on the show… that is, until Danai Gurira was cast as Okoye in Black Panther. Since then, she’s appeared in Avengers: Infinity War and has been rumored to be cast in Godzilla vs. Kong and an upcoming Star Trek movie. That’s big time!

The only surviving actors from Season 1 and 2 are Norman Reedus and Melissa McBride. Gurira was the only other actor to be introduced in Season 3 to have survived this long (even though her character technically first appears at the end of the second season). Does that mean next season will become the Carol and Daryl show, as the characters will have survived the longest and may get more of the storylines’ focus?

Can the show live on much longer with only those two original characters guiding it? And does the audience really want to see that show?

What does that mean for Jeffrey Dean Morgan’s Negan? How long can his character last as a “good guy” in this group? We have discussed in the past that TWD already had way too many characters currently written into the ongoing storyline for anyone to get much of a spotlight, and that was before a handful of new characters from the comics were introduced in Season 9. It’s getting pretty crowded listing all of the current actors on each IMDb episode page.

In terms of storyline continuity and the primary actors involved, the last two showrunners have really shaken things up. That’s not a bad thing, but with even more change projected on the horizon, it might just be a rollercoaster — and there’s no telling how much longer it’ll last — so buckle up!