Manifest and the Neverending Cliffhanger 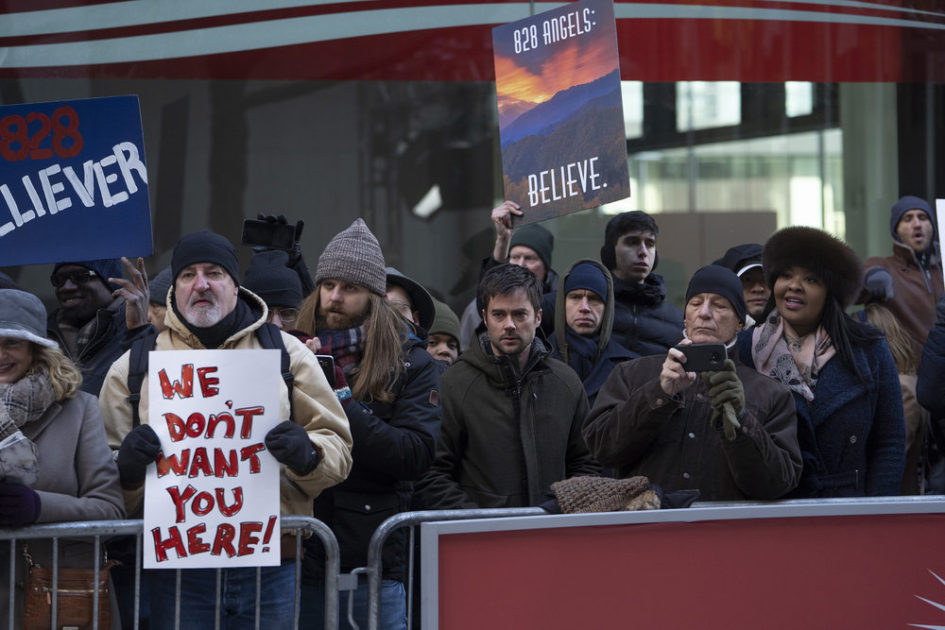 Have the criticisms of Manifest been heard by its filmmakers? © 2019 NBC Universal Media, LLC

If you’re a fan of mysteries and a neverending supply of cliffhangers, you should definitely check out Manifest.

I would be very interested in charting out the developing storylines throughout the 16 episodes of Season 1. It would be a sight to see. How many possible explanations have branched out from the underlying mystery (Unspooling the Manifest Mystery) that defines the entirety of the show’s mythology? How many more dead-ends have sprouted, going absolutely nowhere? And how many more lead back to the premise: They’re all connected?

The show has been VERY frustrating to watch at times (Why Am I Still Watching Manifest?), but somehow, I stuck through the peaks and valleys of the first season.

A few of the passengers on Montego Air Flight 828 have been interesting… others have been incredibly dull. Autumn the Mole was an incredibly painful element, so it should come as no surprise the writers are probably fans of 24, since there’s another one (or two): A non-passenger is the new mole (currently featured as a doctor).

The turning point that sparked my interest may have been the revelation (one of the few) that there’s been other mysterious events that may be related to that disappearing airplane. There’s a cave, where a man, Zeke, also strangely disappeared, and a thief, Griffin, who managed to survive underwater for an extended amount of time after robbing a bank and crashing his getaway vehicle.

What’s the connection? Each of these characters are receiving callings and little Cal may be the most powerful of them all, able to foreshadow (but not influence) upcoming events through his rudimentary drawings. It is this reason why a covert government agency may soon kidnap the kid.

The tension feels strained at times, while discovery of the mythology’s truth is slow in coming. If you can believe Ben Stone, “The danger is amping up.”

According to Michaela, up until now, the callings have only been used to help people, but with Griffin manipulating them as a Get Out of Jail card and his subsequent destiny with karma, it’s safe to assume there’s an underlying powerful force that’s actually in control here. Dr. Saanvi Bahl’s storylines have not been great so far. At one point, there was an oddly out-of-place hostage episode — which she’s still suffering the effects of PTSD — leading to the blood marker discovery of all the callings’ recipients (Are they all related?) and the unlikely reveal that the mysterious, all-powerful antagonist (The Major) is moonlighting as Dr. Saanvi’s psychologist. Really?

There’s believers (read: fanatics) who think these people have “amazing abilities” and “Xrs” who don’t (read: violent). Showrunner Jeff Rake has given sleuthing fans who want answers something to think about in the season finale, “Estimated Time of Departure.” When Dr. Saanji receives medical reports of Griffin’s impossible death (drowning on dry ground), she has this to say: “I don’t think science can explain this… anymore than it can explain us.”

That’s one big nugget of information, for a show that so rarely attempts to explain anything to its fans. This go-with-the-flow attitude of making up the story as you go along and get backed into a corner didn’t work out too well for Lost or The X-Files… or any other genre TV show with uncertainty about its future. Can’t see it working out too well for Manifest, either.

Much like Lost (Manifest is Just Like Lost, But It Isn’t), there’s a peculiar number that’s all of a sudden important in the developing mythology, popping up in the last few episodes. The Did-her-ex-knock-her-up question has been presented (presumably no longer haunting The Walking Dead) and a revelation that everyone in the family is gonna die… in five years.

It doesn’t take a rocket scientist (or a conspiracy theorist) to realize that’s a whole lot of setup in store for Season 2. If it really has been renewed, that could be a good thing. If not, those are just a few more questions that’ll never get answered by the show.

So, what’s the future of Manifest? According to TVShowsCancelled.com, NBC has very quietly renewed it (but that doesn’t seem to be official). Hoping for a longer opportunity to work out all the answers (and secure the filmmakers’ future), a deadline of June 2nd, 2024 has been declared in the season finale. That’s the death clock/expiration date the main characters have all been given. It’s pretty audacious for the show’s writers to forecast their own future. For this show to remain on the air five more years? The storytelling better get a whole lot better, but the writing’s not yet on the wall for that…

Nevending cliffhangers were a problem for Lost and The X-Files. Remember when Chris Carter (as well as J.J. Abrams and Damon Lindelof, for that matter) attempted to resolve them? Their official explanations were less than satisfactory by fans (many of whom explained them better than the showrunners). Ultimately, that may be the best prediction for Manifest‘s future.