What We Learned from Treasure Quest: Snake Island 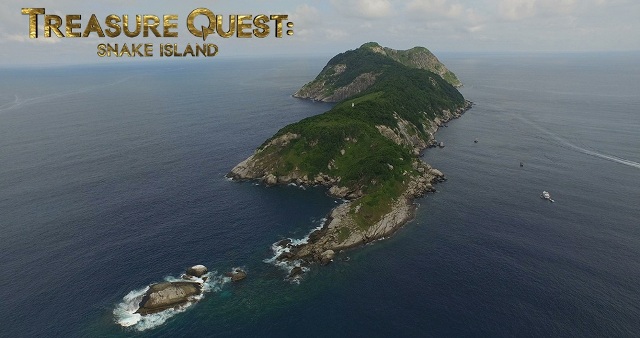 Now that Season 1 is complete, what’s next for Treasure Quest: Snake Island?

Part mystery, part scavenger hunt and all reality TV, this brief series, airing on Discovery Channel, followed a team seeking the Treasure of the Trinity off the Southeastern coast of Brazil, rumored to be worth hundreds of millions of dollars. According to them, it’s located on Ilha da Queimada Grande (aka Snake Island), guarded by hundreds, if not thousands, of poisonous Golden Lancehead Vipers. Is it possible the ancient treasure is still waiting to be found or is this simply an urban legend?

Throughout the six-episode series, the crew desperately tried to be sneaky without alerting the locals onto their mission. They hired a local handler to help with the process, although this person didn’t always make wise decisions (clearly proven by the boat that he rented, riddled with holes).

Each crew member proved to have strong personalities, often clashing with others:
– Bryan Fry: Takes too many unnecessary risks. Jumps before looking, getting poisoned by sea urchins and onto a vine, injuring himself.
– Keith “Cappy” Plaskett: Incredibly uncomfortable on dry land, almost to the point of breaking out into hives. Needs to stay on his boat 24/7 and smoke his Cuban cigars. Very good at plugging holes in the boat, though.
– Cork Graham: Team leader found plenty of caves with his FLiR camera, ultimately felt like he let down his crew. Broke down crying on camera. A little melodramatic.
– Mehgan Heaney-Grier: Great diver, helped discover an underwater galleon anchor. Was her main responsibility to wear a bikini?
– Jeremy Whalen: Discovered a few artifacts with his metal detector, but never used it to fend off dangerous snakes in tall grass. Why not?

So, what did they find? Other than a scare by the corrupt Brazilian Navy, dodging never-ending storms, suffering from equipment problems, a leaky boat and being spotted by wildlife smugglers (apparently, the endangered snakes go for $10,000 to $30,000 each on the black market), the crew actually uncovered a few legit clues. They found a singular antique coin, a squared nail, an underwater galleon anchor, quite a few mysterious clues inscribed within caves, a pulley possibly used to raise the treasure up sheer rock-face mountains, a partial chest hidden inside a cave and monster spiders at every dark nook on the island, but no massive treasure was ever found.

By the end of the season, the crew found some pretty good (but still unsolved) clues that hundreds of years ago, the Jesuits may have previously hidden their treasure on Snake Island… although there wasn’t enough proof that it’s still there.

Will there be a Season 2 for this series? Will the crew return to Snake Island or possibly search for the missing treasure downriver? The complex clues offer many different possibilities, all of which lead to plenty of danger.

Much like the Bermuda Triangle, the mystery is still unsolved. This journey seems to be charted to a destination unknown. Cue Josh Gates. He should definitely be brought in for Season 2. If the treasure remains unclaimed, at least he’ll make you laugh throughout the entire journey.