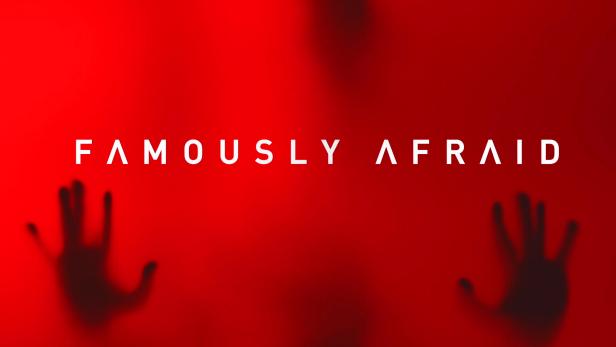 Paranormal phenomenon, evil creatures, demonic entities, unexplainable encounters, monsters, angry spirits, UFO sightings and extraterrestrials… as Famously Afraid boldly announces in its intro, even celebrities get afraid, once in a while.

In the series premiere, Howie Mandel, Hal Sparks and Chloe Lukasiak are the first three celebrities to openly discuss their fears in this new television series, airing on the Travel Channel. Promoted endlessly throughout October, the haunting season never seems to end for some people.

Mandel is an actor/comedian known for appearing on America’s Got Talent and Deal or No Deal, among recent projects. His story takes place back in 1986. While working on St. Elsewhere, his family moved into a new house and his young daughter’s experience with a late-night boogeyman proved the family may have unknowingly purchased a haunted house. While I’m not sure I believe Mandel jumped up, grabbed a baseball bat and explored the dark after awakening to a voice calling his name, I do believe him when he says he immediately sold the house without investigating who the spirit may have been. And his daughter, Jackelyn Shultz, being permanently sensitive to spirits after the encounter with the nightmare creature seems to be more than a “crazy coincidence.”

Sparks (Queer as Folk) embraces a traumatizing childhood experience that leads to discovering three generations of his family have actually experienced alien abductions, including himself. But it’s a taboo topic, so they all pretty much just swept it under the rug… until he started to probe for answers.

“I think it’s statistically impossible that we’re alone in the universe.”

Chloe Lukasiak pushes the limits of “celebrity,” as she’s known for appearing on the reality TV show Dance Moms. On a ghost tour in New Orleans, she had a terrifying experience at one of the most haunted locations in the Big Easy. A creepy face appeared in her photo, then she saw a ghost. And apparently, after deleting the image from her phone, her life was cleansed from the negative energy that was creeping her out.

I really dig the concept of this program and look forward to hearing other dark stories from Hollywood, as a portal has opened and celebrities get to share a side of themselves that might not otherwise be told to the general public (but probably spoken at private dinner parties). So, is this a medium for celebrities to show they’re just like everyday people, with irrational fears of the unexplained? Or is this simply a way to cash in on your celebrity to promote an upcoming project? That’s a question that troubles me with a medium like this.

An upcoming episode includes stories by Tori Spelling, Steve Guttenberg and Ed Lover. I’d really like to see what they have to say, but the level of celebrity on this show is immediately questioned, so I have to wonder in some strange form or fashion, if these people are being completely honest or just working a new avenue of publicity.

I really want to believe these stories are all true, but I guess I’ll never really know if the subjects are being real… or if they’re just good actors.