What’s With All the Personnel Shuffling at AMC’s The Walking Dead? 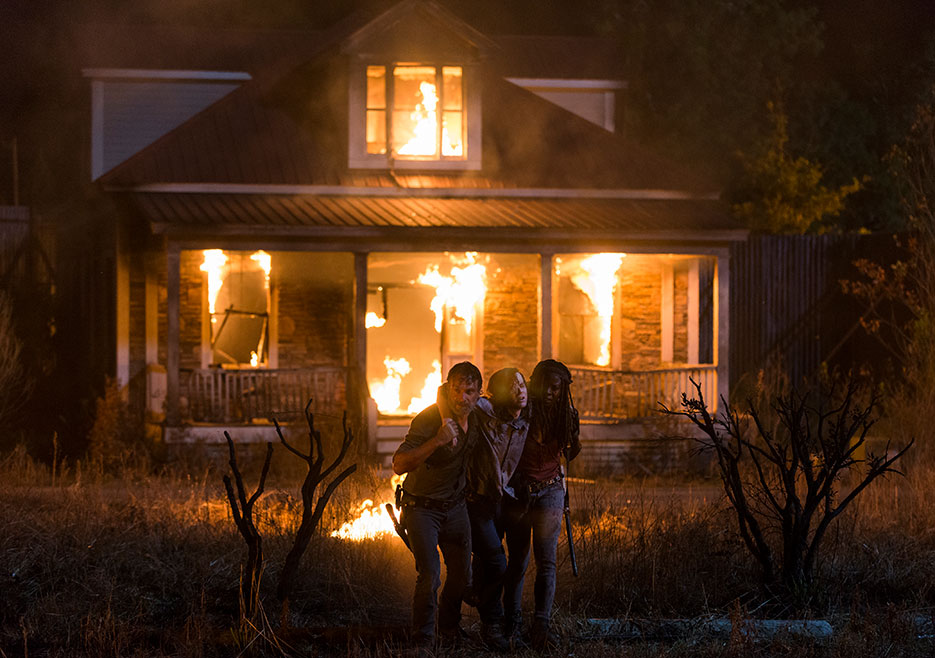 Kirkman’s out. Gimple has been reassigned. There will be, yet again, a new showrunner for AMC’s undead hit show, The Walking Dead. But is there some sort of underlying drama taking place behind the scenes? And is all of this a precursor to the ratings behemoth’s end sometime soon?

If you’re like me, you enjoy The Walking Dead. But sometimes, the TV show gets a little bogged down with too many details. Whether it’s the whole cast spending an entire season looking for a lost little girl, or it’s a lot of bickering among Rick’s Gang or it’s all the human-on-human fighting during the Zombie Apocalypse, there’s plenty to nitpick about different overall storylines slowing down throughout the years. A recent article in The Hollywood Reporter placed some of the show’s recent changes into the spotlight.

In the January 17th HR issue, under the 7 Days of Deals’ “Big Deal” section titled, “New Life for the Showrunner of The Walking Dead,” Lesley Goldberg lists the upcoming changes for the franchise. In August of last year, Robert Kirkman had already departed the series, moving on to develop content for Amazon Studios, while retaining control of the comics universe and the merchandising arm of TWD franchise. Former Showrunner Scott M. Gimple will now be the chief content officer and executive producer for TWD and Fear The Walking Dead, including gaming and future brand extensions on a variety of platforms. It will be Angela Kang who will become the show’s fourth showrunner (along with executive producer) in eight years. Before now, she primarily worked on the show’s ongoing storylines. So, hopefully, she can add some new life (and death scenarios) to the show.

Being the top-rated show on basic cable brings with it a heavy price. Frank Darabont (series creator and first showrunner), Glen Mazzara (second showrunner), current Executive Producer Gale Anne Hurd and current Executive Producer David Alpert are all fighting AMC over series profits via a $1 billion lawsuit. That could easily tear the show apart at its filmmaking seams.

With the upcoming mid-season premiere set to air on February 25th to showcase the final episode of Carl Grimes in “Honor,” could this have been a sticking point between Kirkman and company, so he finally left? Or could it have possibly been a plot to develop once Kirkman was gone? And with this character’s death, the final original characters from Season 1 include Rick Grimes, Carol Peletier and Daryl Dixon… with Kirkman no longer involved with the series, can the survival of his favorite character (Dixon) be guaranteed any longer? Overly tired fans of the character finally have a little hope for more of a shakeup within the cast, along with the series to veer away from its graphic-novel roots.

And have you heard the rumors of Andrew Lincoln looking to leave the show? There’s no way TWD should even exist on TV without the continually tortured main character, but greedy TV execs have ruined many a franchise by demanding more years for popular, money-making shows while moving on without their featured stars (I’m looking in your direction, The X-Files…). We’ll have to wait to see how serious Lincoln is about leaving, now that Kirkman is no longer in charge.

Change is a constant for any TV show, in order for it to remain relevant within the pop-culture zeitgeist, but the bigger question remains: If the ratings for both TWD and Fear continue to dip, the end may be near for everyone involved. The world definitely needs Rick Grimes.