Where Would You Go If You Were Hunting Atlantis? 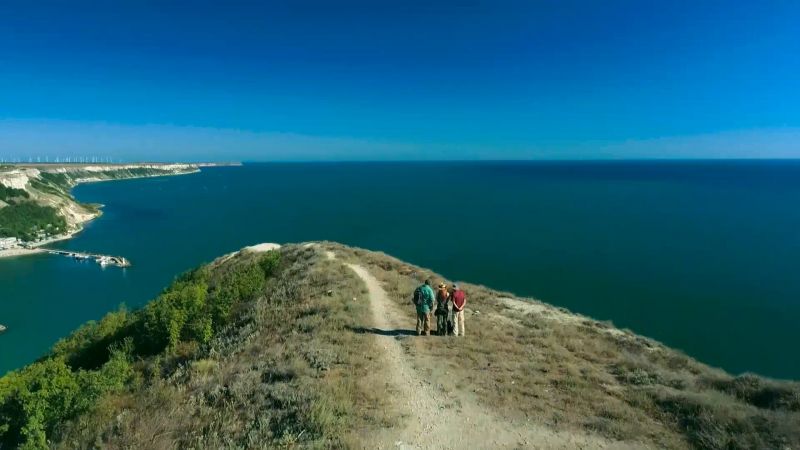 Part Expedition Unknown, part Ancient Aliens, part Curse of Oak Island and all unsolved mystery, Hunting Atlantis is just the type of summertime escapism that’s welcome during these times of the Coronavirus, when traveling isn’t exactly a healthy exercise.

Following the footsteps Shark Week and premiering during the conclusion of Sharkfest 2021, expert Stel Pavlou and volcanologist Jess Phoenix investigate all-new clues they hope will bring them closer to rediscovering the location of the missing city that’s been unknown to historians for nearly 2,400 years.

The history of Atlantis has only grown throughout the millennia. Greek philosopher Plato wrote about the destination being the biggest superpower of its age before a natural disaster sank the city within a single day around 9600 B.C. He also mentioned the advanced empire was made up of 10 kingdoms, located somewhere between the Black Sea and the Adriatic. The prehistoric world truly is an extended jigsaw puzzle, and it’s taken humanity this long to sort out the bits and pieces of lost history.

Pop-culture giants have explored the mythical city through a variety of media, from Indiana Jones to Aquaman. No longer just the topic of tall tales, urban legends or ancient folklore, it only feels fitting that Discovery Channel set out to reveal the truth behind the long-lost location.

But what if all the historians got the timeline for the civilization’s collapse wrong by 5,000 years? Preliminary findings haven’t been published yet, but multiple researchers have discovered evidence that fits in perfectly with this theory.

The journeys of Stel and Jess lead them all around Europe, hoping to uncover hidden clues. From deciphering cave paintings in Turkey, to spelunking the Sicilian catacombs and seeking the Pillars of Hercules, there’s a whole lot of “what if scenarios” in this expedition. In one episode alone, the two-person team visited an archeological dig site, went underwater diving and abseiling in order to sift through the ruins of a sunken city.

It is a treasure hunt for information, and I’m all about it!

Hunting Atlantis is part fantasy, part travel show, part archeology show, part history show, part disaster story and part TV procedural, as evidence is gathered and facts are discovered. The unknowns are infinite, but sifting through the myths, the local legends and the oral history, these researchers hope to excavate the city’s fictional landscape from the truth… which is out there, somewhere.

I really like Stel’s enthusiasm to find the city. His lifelong devotion to proving his theory true is infectious and I hope he uncovers more clues throughout the remainder of the show’s first season. In fact, quite a few discoveries were unearthed within four episodes, so I can’t wait to see what else his team finds in its first complete season. And since sea levels were much lower back then, many relics are still being found underwater.

As an advanced seafaring culture, Atlantis is still a historical mystery today, as it has been for thousands of years. Hopefully, the team will be more focused on natural catastrophes in the future, which might lead to previously unexplored areas. As ground-penetrating sonar, remotely operated vehicles and drones with cameras become more advanced, I get stronger feelings by the year that we finally have the tools necessary to find Atlantis!