Will Oak Island’s Origins Get Uncovered in Season 6? 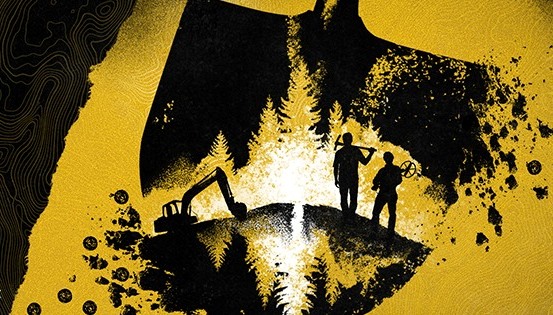 Origin stories can be tricky… especially 223-year-old ones shrouded in mystery. The Curse of Oak Island returned with the two-hour season premiere, “Rick’s Big Bang Theory,” which hopes to finally uncover the history behind the mystery.

As Season 6 begins, this looks to be the biggest science project these guys have ever endured. While last year involved the most expensive digs (so far), this year the crew hopes to treasure hunt by seeking historical data and exploring parts of the island that, for some reason, haven’t been touched yet.

Speaking of science, it is hard to believe that there still hasn’t been anything major discovered on Oak Island. Each season the Lagina Brothers state they’ll find the mother lode that year, and each year they supposedly find a few artifacts that’s just enough to justify keeping their never-ending search going for the foreseeable future. Last year, the crew found a couple of 17th century coins, a brooch and a lead cross, which may or may not be linked to the Templar Knights and the Crusades. This year the “fellowship of the dig” continues…

The guys search with metal detectors throughout the entire island for the very first time, which includes clearing out multiple overgrown lots and another jewel-encrusted brooch is uncovered. With each new artifact that’s found, the team attempts to use scientific means in order to fully understand its significance. On the other side of the island, a series of seismic blasts are detonated, scanning under the ground in hopes of finding hidden secrets. I’m more interested in the metal detecting (they also found a tuppenny from the 1700s), but unsure how much will be uncovered with the blasts. It’s definitely an extraordinary puzzle-solving situation with a constantly evolving backstory.

Also found: drill holes within boulders that look to be from an ancient pulley system, traces of silver mixed among the makeup of Drayton’s Cross, which mean it’s not originally from North America, further supporting the claim that it’s European (and possibly of Templar origins?) and a local Canadian company provides its plans for building a major cofferdam this year (including a presentation that involves virtual reality!?) that hopes to uncover the booby trapped flood tunnels (and maybe more).

What are these people searching for with all of the outrageous claims that have been made within the last six years? Will they really find the long-lost Ark? How about William Shakespeare’s original writings? Maybe ancient documents and solid bricks of gold? So far, nobody knows the truth behind Oak Island, only speculation and more questions have been asked than answers provided. There’s been 400-year-old human bones left behind and signs of past Freemasons, but as of yet, there really hasn’t been an actual out-of-the-ordinary event that’s been documented to have happened there. That’s the rub: it may all be an urban legend, passed down throughout the years. At times, the hunt, itself, can be more exciting than the brief moments whenever something is actually discovered. As a prediction, I don’t believe anything of real significance will ever be found on Oak Island.