Per Matt
As the winter wind blows a cool breeze throughout the season, there’s still time to bundle up with a big beer. So, never fear, it’s the perfect season for a winter warmer! The upcoming Tailspin Ale Fest, which takes place on March 5th, is a craft beer festival that will take its attendees to new heights — literally.

Happening at Louisville’s Bowman Field, the event will offer many great craft beers from a variety of Kentucky breweries, while featuring the sights and flights of the local airfield. And all proceeds from the event raffle and paper HOP sales go to the HOP Foundation, along with a portion of event proceeds. Tailspin raised $4,500 for the organization in 2021, with hopes to eclipse that number this year.

VIP access to this event begins at 2 PM, while general admission tickets admit visitors from 3 PM to 7 PM.

After exchanging emails with Trevor Cravens, co-founder of Tailspin Ale Fest and HB Productions LLC (along with Tisha Gainey), I was surprised to learn this beer fest was born on a bar napkin in September 2013. Originally, co-founder Tisha Gainey was searching for a wedding venue, but when discussing the location as a possible beer festival, the two ideas merged.

“Beers. Beers. Beers. We have a lot of programming outside of beer at Tailspin, but the beer is the star of the show and my partner, Tisha, works tirelessly to create an incredible beer list. You will find a few flagship beers, but mostly we focus on the new beers, so the list is never even close to the year before.”

“Other than that, we have some new food trucks joining us and we’re going to have some new vintage planes on display. The band is a repeat because THEY ARE AWESOME! We’ll have a Flying Axes mobile axe throwing trailer, which was on hiatus for a couple of years.”

The festival’s beer list will be revealed about a week before the event. There will be a lot of taproom exclusives and more than a few very rare beers. You will also see several that are only available in Kentucky at Tailspin. There will be 85 breweries represented from all over the country, including more than 30 from Kentucky.

As a special preview, attendees can expect:

As a brewer and a craft beer aficionado, last year’s Kentucky Craft Bash was my introduction to beer festivals held within the state. I am very much looking forward to trying some great new bourbon-barreled beers, along with many sours — both of which will be featured in separate tents at Tailspin!

“Sours are becoming more popular for sure and we’ll definitely have some on tap at our Cider and Sour Bar,” said Cravens. “One very talented local brewer at Atrium makes some of the best sours out there. Definitely seek them out at the event. We also have a very special sour from New Belgium called U.K. Spring Break, a collaboration with Teatulia in Denver.”

After sampling some great craft beers, eight food trucks will be available onsite, plus some other snack vendors, and all water is free for attendees.  All VIP ticket holders receive a meal voucher, good at any of the trucks with their ticket. 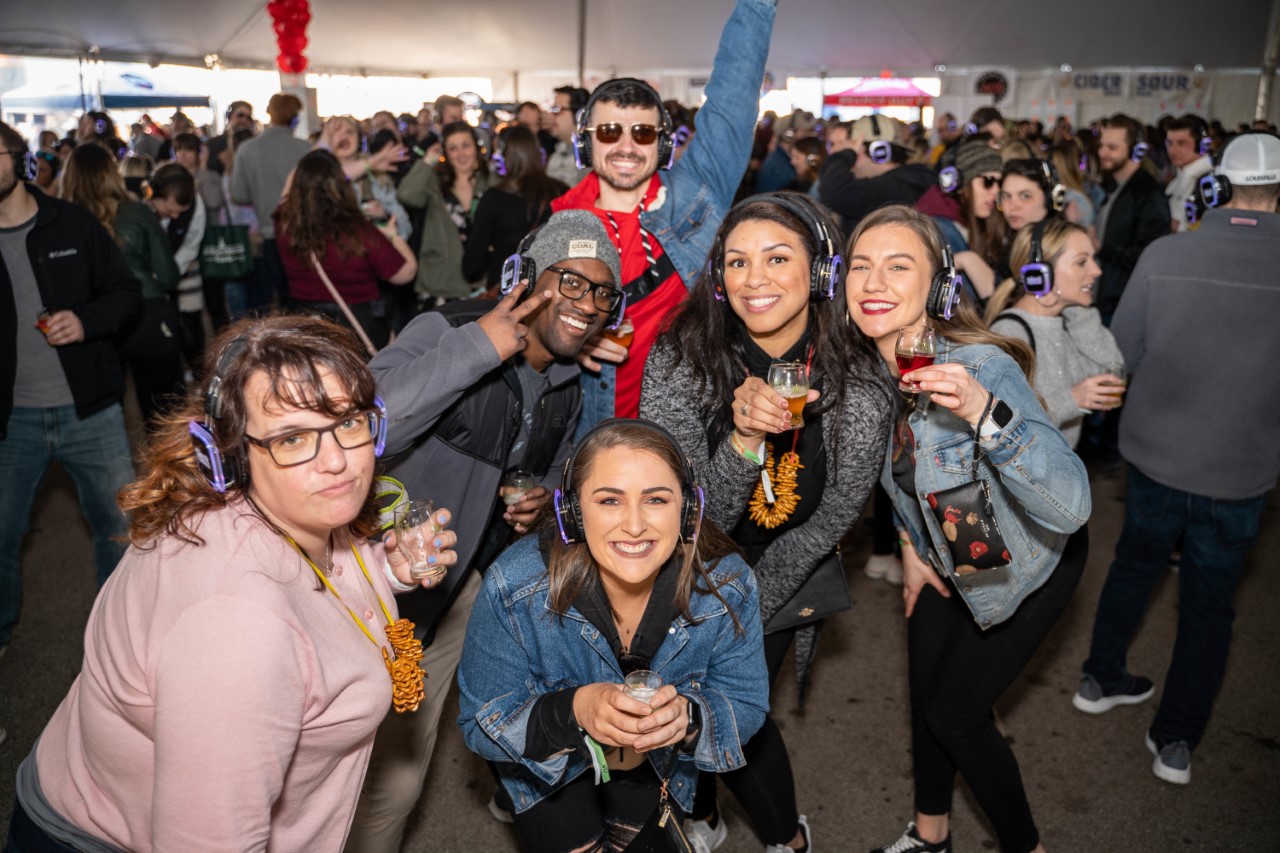 And after you’ve had a snack, prepare yourself for Drake’s Silent Disco! So, there’s two ways you can actually enjoy the silent disco. You can either grab a set of headphones and dance your ass off with your friends and complete strangers, who may or may not be listening to the same tunes, or you can grab a beer and stand aside for a hilarious viewing experience. Two DJs will be playing music that is streamed to the provided wireless headphones. Without them, you’ll just witness the awesome silence.

Attendees should prepare for whatever weather may appear. The event takes place inside several tents, and they have some heat, but it’s mainly taking place outdoors. Early March provides a slightly better chance of higher temps and three or four planes will be available to check out. Also, the event takes place right next to an active runway, so if the weather is good, there will be plenty of planes to see taking off and landing all day long.

And possibly the best part of this event: There’s a shuttle program!

Eleven different locations around Louisville will host shuttle stops and they are much cheaper than an Uber, way more convenient and safer than driving. For a $15 shuttle pass, you get a pint and a bite at your shuttle location, a round-trip ride to the event and a designated entrance to waiting in lines. And if you do decide to drive to the event, know that you can leave your car overnight in our parking lot with no fear of getting towed.

All shuttle riders are required to wear masks and when attending the event, masks are recommended, but not required when not sampling. There will be sanitizer stations available and social distancing is recommended when not in your immediate group. And obviously, don’t come to the event if you’re sick.

I’ll see you there!