Channing Tatum and Lulu Take a Road Trip in Dog 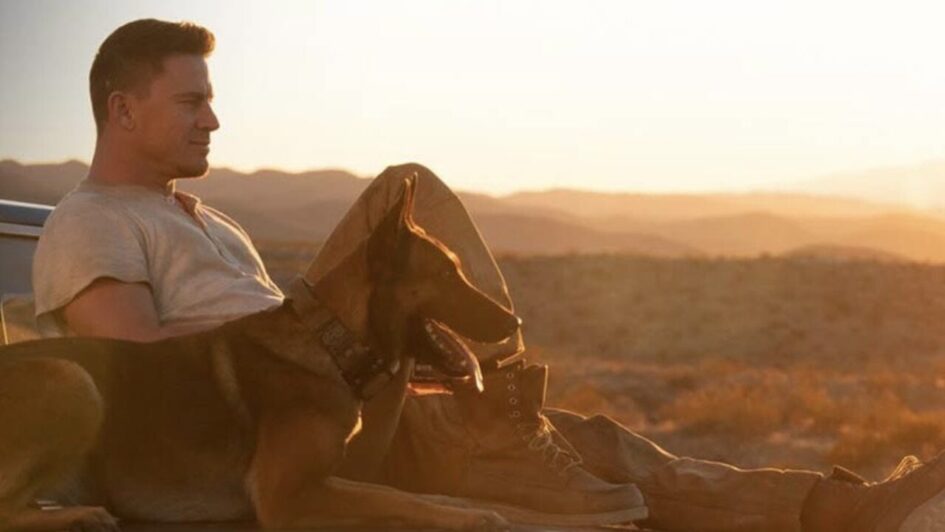 When the term “buddy comedy” comes up, I typically think of films like Dumb and Dumber, Step Brothers and The Hangover series. These films fit the mold of what I see as some friends experiencing life together with lots of funny moments and banter between them. I don’t usually include films where the friendship extends beyond species. But I wonder why that is the case.

People can be friends with their dogs. They can have funny moments with them, right? Banter may be somewhat one-sided; however, that can be part of the charm. It’s not like Hollywood hasn’t already done this before. We have “buddy dog comedies” like Turner & Hooch, Marley & Me (hold on, I am needing to wipe away the tears still) and Beethoven. Heck, even as kids, we saw this with Shaggy and Scooby, Fred and Dino, and George and Astro. So, why is it in my mind that buddy comedies just involved humans?

I got the pleasure of seeing a new “buddy comedy” simply called, Dog. Going into the theater, I made sure not to check out any trailers or reviews, as I wanted to be completely in the dark about the film. All I knew was it starred Channing Tatum, and evidently involved a canine of some sort. And with it being a Channing Tatum film, you know it is going to appeal to people who find him either a great actor or eye candy. So, I grabbed a “buddy” of mine and took her to see the show (and get her opinions as well).

Dog follows the journey of Briggs (Tatum), an Army Ranger, trying to get reenlisted after being sidelined with PTSD. In order to get a chance, Briggs must escort Lulu, a Belgian Malinois dog, to the funeral of her master and former member of Briggs’ unit. Having been trained as an Army dog, Lulu also suffers from a canine form of PTSD and is scheduled to be euthanized the day after the funeral. Briggs and Lulu drive each other crazy along the way, all while getting into some pretty harrowing and funny situations. And their bond grows from there. 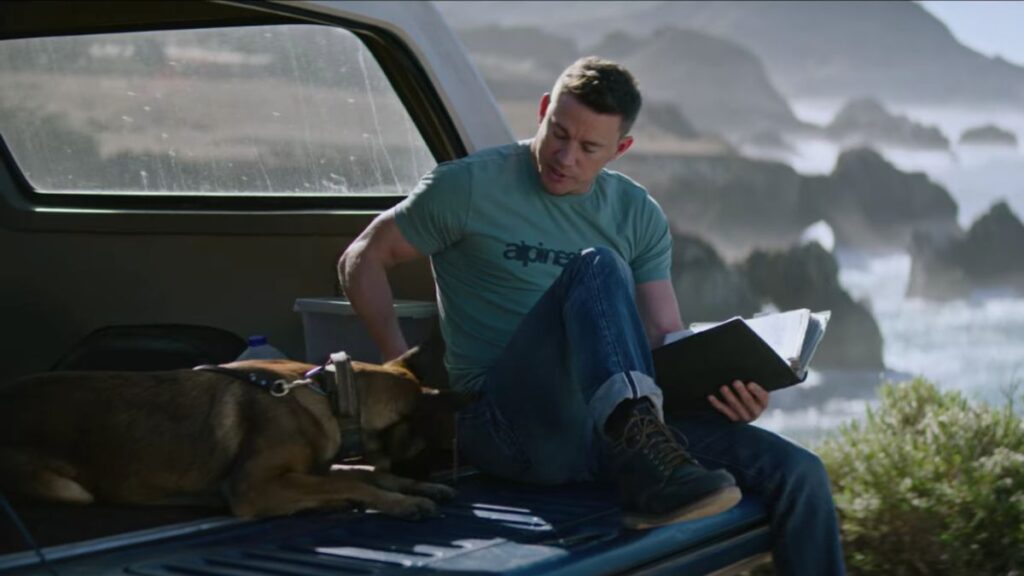 After seeing Dog, I asked my friend for her thoughts about the film. She was a lot more forgiving than I normally am for movies that just don’t fit my niche. Her exact words were, “Dog is the perfect date movie.” I pressed further, asking why she thought that.

The first reason was Channing Tatum, which I must admit is probably a big draw for anyone who finds the man dreamy. And to be fair, he has made a career of being handsome, buff and funny. So, I can see that as being a reason.

Her second reason is due to it having a lot of heart. Dog shows the evolution of two acquaintances, who begin their journey at odds with each other, but through many different misadventures, form a bond and understanding of each other. She said, “Any movie that makes me laugh, cry and get nervous is a great flick.”

For me, I have to agree with her, to an extent. Channing Tatum has some funny moments with Lulu. I genuinely giggled some. But the laughs were not unexpected ones. The scenes set up the comedy, and I could see what was about to happen, long before it happened. It’s like seeing someone throw a banana peel onto the ground.

You know at some point that banana peel is going to make someone trip, so you are just waiting for the payoff. Dog has a payoff for all the comedy prep made, which started to become predictable from scene to scene. There are a few scenes of intrigue, leaving me anxious to see what will happen, but those scenes are rare in the runtime. Still, the story works for being an adventure comedy.

Dog may or may not be the perfect date movie. My date gave it four out of five stars, while my official rating is three out of five. I think Channing Tatum’s raw appeal works for people who find him great and may be worth an extra star. Dog is not a bad film, just a predictable one.