The Wolf Among Us: Episode 1 – Faith 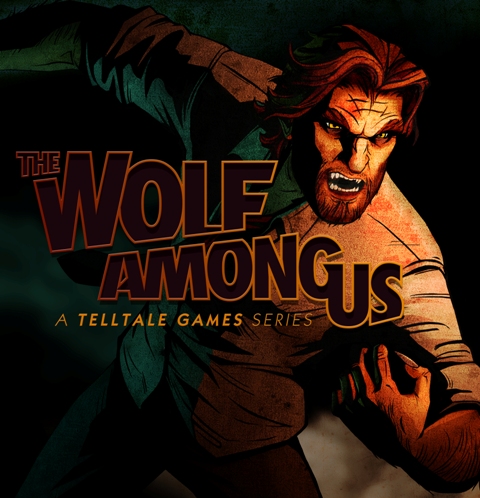 Following the break-out success of The Walking Dead, The Wolf Among Us is another amazing point-and-click adventure that adapts to the choices you make.

Based on Bill Winningham’s award-winning comic book by Vertigo, FABLES, the game depicts a world of where fairy tale characters are real, living among us. That means the characters of Snow White, Pinocchio and The Big Bad Wolf are living in our real-life reality and have real-life problems. What a concept!

The player controls Bigby Wolf (formerly known as the Big Bad Wolf), who is a sheriff in a tiny area of New York City, which is hidden from fairy tales.
Bigby is a lone wolf who has eyes only for Snow White.

When an anonymous girl is mysteriously murdered after meeting Bigby, the town’s guardian hopes to prevent hysteria from the public by quickly unwinding the mystery. Consider this a video game-version of film noir. All points lead to an intriguing storyline, including the cliffhanger ending.

Take note, this is not a kids’ game. There is plenty of gore, violence and f-bombs for everyone… just like in The Walking Dead.

Updated player controls (now with the option to run) and hotspot options that don’t have to be exact help The Wolf Among Us. Quick Time Events (QTE) are used for fighting scenarios, which I normally despise, because I usually accidentally hit the wrong buttons. In fact, after the playing the first few QTEs, I hit the wrong button each time and still proceeded to successfully finish the battle. I’m starting to warm to QTEs for the very first time. Thank you, Telltale Games!

Bigby hints of “Hulking out” and turning into the Big Bad Wolf and the payoff is worth it by the end of the episode. By the end of the first episode, he’s a wound-up ball of destruction, looking for any excuse to lay down the law. 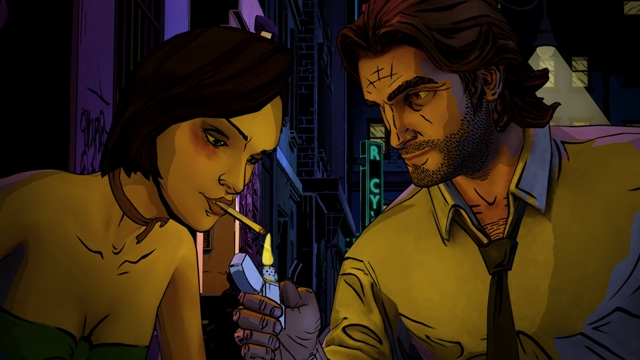 The colors are vivid and the setting is perfect, as you’d expect for any film noir. As you progress the storyline, new entries are unlocked to the book of Fables, which detail the storyline.

All the achievements were story-based and unmissable except Novice Librarian, which will most likely require another run-through for me and shouldn’t take too much extra time. I guess I didn’t investigate all of the possible clues of the murder scene.

The game is episodic, just like The Walking Dead. Episode 1: Faith is available today, Friday October 11, 2013. Each episode costs $4.99 on the XBOX Live (five episodes total) and Season Pass is just $14.99 (including every episode except the first one). The game is available on XBOX 360, Playstation 3, PC via the Telltale Online Store and Steam as downloadable content.

Fans of The Walking Dead, Once Upon a Time and Sleepy Hollow will really sink their teeth into the game. As a film noir and video game fan, I can’t wait for the next episode. You could say I’m Hungry Like The Wolf.

Strength: The setting, animation and storyline are all top notch!
Weakness: There may be a few too many investigative elements, for my liking.
WTF Moment: Watch for some awesome Easter eggs, including a Mongoose movie poster stating, “In a dark future of 1996…”