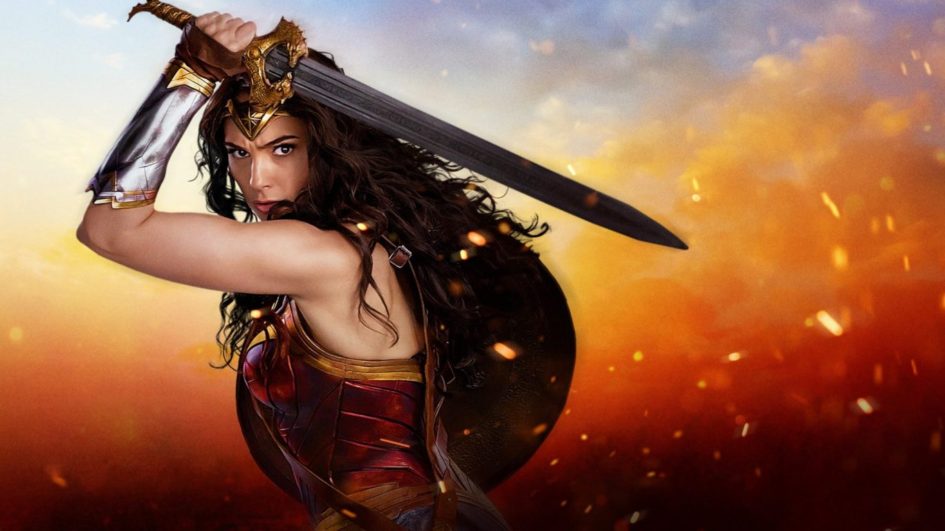 The critics are loving Wonder Woman, and I am among them!

This could be the film that signals a much-needed recovery for DC’s Extended Universe — a beleaguered series of attempts to join the venerable Marvel offerings which have dominated the silver screen. With praiseworthy acting, directing, writing, effects and musical presence, this film brings us more than just a righting of the EU ship, but for many fans, it brings to the cinema a character long-overdue for the marquee.

It isn’t possible to review this film without reconciling the endless negativity it was shown throughout development by nearly any social group you could randomly encounter online. From the usual insecurity of the pathetic and clamoring MRAs, to catty trashing from feminist commentators seeking a controversy anywhere they can, to the high-maintenance purists sniffing out any deviation of origin they could seize upon, to cinema pundit know-it-alls dissecting every production trivia fact… the haters were plentiful. The results of the Wonder Woman effort, however, provide a heaping helping of crow upon which these noise-makers can finally gnaw, and bring the rest of us a long-awaited peace.

The target of much of the frequent derision was the leading lady herself, Gal Gadot, who portrays Diana (Wonder Woman) with nearly ideal execution. I’m pleased to report that her delivery of the role is a showcase of the advantages she so elegantly bears. Her stunning, near-perfect beauty is representative of the character’s divine origins. Her expressions of emotion enjoy an ideal subtlety. Her athleticism serves her well in the physical demands of the character. Her voice and speech and accent play perfectly as a member of an isolated culture of educated and strong women. Among it all, her humor comes out in the most clever and sly ways, with a sparkle of glee radiating from her during those moments. She’s confident, charming, wise, intelligent, strong and also vulnerable. She succeeds in so many ways at being precisely what all her detractors most feared, and good on her for that.

A successful actress is, of course, led to such by a director who has the capability of making a difference in a performance, and, in a broader sense, film history. How appropriate is it that a woman is at the helm of this accomplishment in film? Even better, the body of work Patty Jenkins claimed prior to helming this long-awaited blockbuster was a modest and quiet one. There is an element of sneak-attack to Wonder Woman, in that it would have been easy to dismiss Jenkins. She’s more than proved such presumptions would be folly.

Now, the menfolk in this movie have their share of due accolades, as well. Gadot shares the screen with a rag-tag and diverse group of excellent characters in her immediate adventuring party (though they feel a bit lifted from Marvel’s Captain America formula). Their ringleader, Steve Trevor (Chris Pine), is the gentleman she rescues from a water-based crash landing, and the first man she’s ever seen. There are brilliant scenes of excellent chemistry between the two of them, but not once does Pine overtake the spotlight from our leading lady — and that’s a huge credit to his skills as an actor, as many other supporting or leading men could have stolen the show, unavoidably.

It’s not just among the good guys where the men step up and the women own the screen. Elena Anaya and Danny Huston deliver chillingly as Germans hell-bent on death, destruction and ongoing war. For the sake of avoiding spoilers, we can’t speak of the Big Bad here, but the reveal and the resulting final showdown are well-executed and well-acted, with a very nice inclusion of an aged character as a formidable foe.

Other notables among the cast include Lucy Davis’ Etta, and the always-captivating Robin Wright, as General Antiope — Diana’s aunt. Her mother, Hippolyta, is represented with a simple but connected parental presence by Connie Nelsen.

The story opens in the timeframe immediately following the events of Batman v Superman and Suicide Squad, and the meat of the tale is a flashback origin story. This carries a potential for clumsiness, or annoying flashes back and forward, a la Titanic, but once we’re plugged into the World War I era, we stay there till the story concludes. The film is tied into the larger DC Extended Universe with just enough connection, and provides a solid foundation for Diana to join the forthcoming Justice League and bring war-wisdom and grounding to the array of personalities we’re due to see collide within Batman’s freshly-formed task force. Credit is due to writer Allan Heinberg for a good deal of the nuance and care given this script, and it is a worthy launchpad for his departure from previous TV-based work. It cannot be ignored that the often-maligned Zack Snyder could also claim this film as a bit of redemption, but he probably takes more heat than he should in most cases, anyway.

Visually, the film pulls a nicely balanced hint of various prior material, which is inevitable as an influence on this piece: shades of 300, Saving Private Ryan, Game of Thrones, and perhaps a little James Bond are evident. It is not a world a modern filmmaker in the genre should have to struggle to create, and nothing ground-breaking is being delivered in this film. However, the lane is cleared for the focus on the most important element — Wonder Woman herself — by not trying to be too much more. We are served hints, tones, and all-out fanfares of her now-infamous theme music throughout the score, which also needs not attempt to over-perform, and doesn’t.

Overall, a sense of weight, responsibility and “it’s about time” emergence is carried through the tone of the movie and its characters. The appeal of Wonder Woman is already running high worldwide, and this film will further that. Women who’ve been waiting, girls who’ve been missing a larger-than-life superhero they could look up to, and men who’ve always been willing and able to cheer loudly for this film will not be disappointed.

With so much riding on it from so many fans and supporters of this character’s right to be included, front and center, in modern media, Wonder Woman delivers perhaps exactly what we needed. It’s not the greatest film ever made, and maybe not even the best of the year. It is, so far, the best DC has offered us in this current iteration of tales, and while that bar is not awfully high itself, Wonder Woman doesn’t simply clear the hurdle, but raises it first, then vaults over it — with sword and shield and lasso gleaming.