Passage Brings a New Angle to Fear The Walking Dead 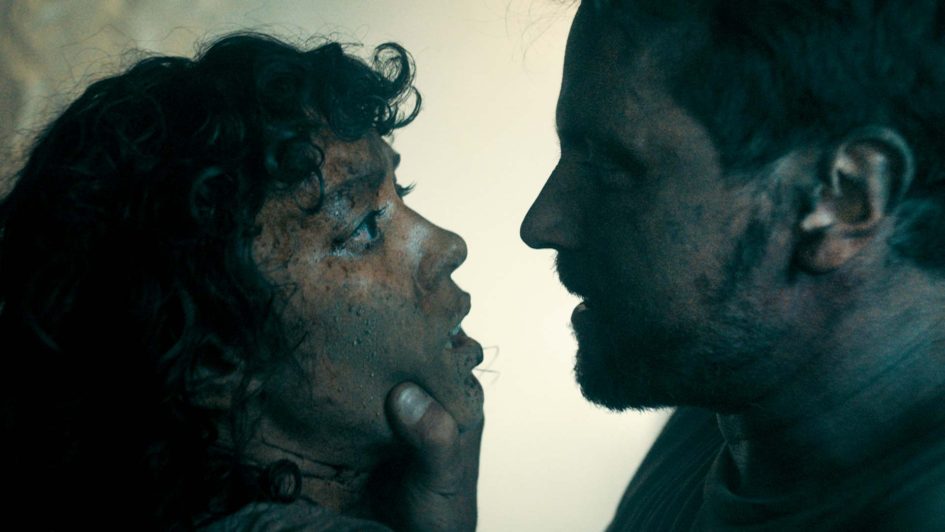 AMC has decided to go all in with their love for The Walking Dead. While the original series is still going strong, the prequel spin-off, Fear The Walking Dead, starts its third season June 4th and is already renewed for a fourth season. The Zombie infatuation doesn’t stop with AMC’s two key programs. AMC.com also has its 16-part mini web series, Fear The Walking Dead: Passage.

The thirteen-minute long web series, released in clips that are under a minute long each, began way back in October of 2016. The series tells the story of Gabi and Sierra. Sierra is a pragmatic Zombie-killing young woman adorned in a HAZMAT suit, wielding a buck knife. The series opens up with her offing a few walkers with stabbing blows, directly to their heads. Gabi is destitute with a twisted ankle and doesn’t have the grit to kill Zombies herself.

Much like The Walking Dead, there are talks of a safe haven, free from the dead horde. Gabi reveals this information to Sierra once they gain the trust of each other. The location is in Mexico and can be accessed through an underground border tunnel. When the two girls reminisce about the events that lead them to their solitude, it is revealed that they have both suffered losses. Sierra escaped Los Angeles before the government began dropping bombs. Gabi was separated from her boyfriend, who forged ahead to find the passage into Mexico.

When the two push on to their destination, they come across a chained Zombie in an abandoned construction yard. Sierra takes the opportunity to teach Gabi how to make a kill. In her fearful state, she hesitates, which leads to a gunshot from off screen, killing it. Out steps Gabi’s lost boyfriend, Colton. A quick explanation of why he didn’t return clears the air and the three make way to the tunnel, conveniently located within the site the girls wandered into. From there, Colton attempts to kill Sierra, to keep the passage a secret. Gabi turns on her boyfriend shortly after all this, when Colton starts acting aggressive. Sierra brings the series to a climax by wheeling a mine cart through the tunnel with a Zombie inside. Colton’s partner, who was the one who wanted to keep the tunnel a secret in the first place, promptly takes a bite to the face. Meanwhile, a standoff between Colton and Gabi comes to a close when Sierra puts the man in a chokehold long enough for Gabi to stab him in the gut. The girls escape the tunnel and continue to their safe zone in one piece.

Many gripes I have heard from fans of The Walking Dead about the show reflects Fear The Walking Dead: Passage. The double cross from someone who characters need help from is standard for the show. Along with that, there are peculiar plot elements and dialogue that raise eyebrows. The whole point to keeping the tunnel a secret is a bit baffling. Though the men are using the tunnel as a barracks, holding a good amount of guns and ammo, the decision to keep it a secret from outsiders just seems like unnecessary paranoia. At the point when Gabi begins to descend the ladder, she even asks Colton, “And Sierra?” indicating that she already questions whether he will allow her to come with them, when he really hadn’t done anything up to that point to indicate he would betray them. The use of cliched dialogue really made the series a bit stale, as well. Lines like, “You’re stronger than you think” and, “You did what you had to” indicate weak writing. Though there were plenty of plusses as well. The camera work and cinematography were pristine, and the quick pacing kept me attentive throughout.

Part sixteen leaves with an open ending that probably indicates that the series isn’t over yet. The web series was made as a placeholder for the two show’s downtime, so it would make sense for it to continue. Fear The Walking Dead’s Season 3 premiere airs tonight at 9 P.M. Eastern Time on AMC.