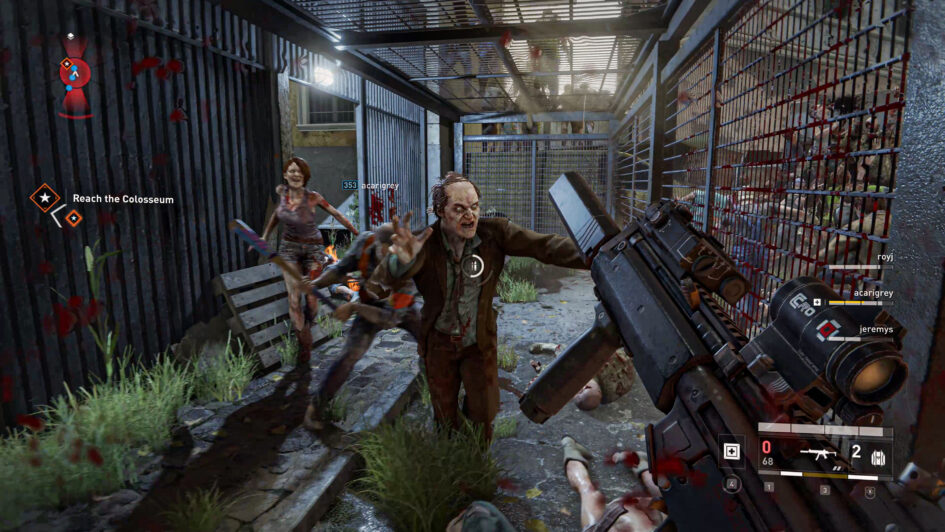 Per Matt
As a huge fan of World War Z (the novel), I was very curious about its big-screen adaptation. My initial reactions to the feature film didn’t encourage multiple viewings (or raise hopes for a sequel), which probably led to the shrugging of shoulders when a video game of the same name was eventually announced. Developed by Saber Interactive and published by Mad Dog Games, WWZ was available to purchase eight years after the movie’s release (and 15 years after the novel!!!).

I had seen more than a few mentions about the game within my social media feed, but I wasn’t exactly eager to reach for my credit card. Its release was considered successful and a Game of the Year Edition soon followed, offering new weapons, character packs, DLC and an all-new level. But my attention was piqued when an upgraded version of the game was released one month ago.

I requested a review copy of World War Z: Aftermath and when I began my journey down this undead rabbit hole, I was somewhat shocked by how much I enjoyed playing it. In this release, three new levels (Rome, Vatican City and Russia) are included with the GOTYE, along with new characters, an updated fighting system and a first-person mode made available for the very first time.

As far as third-person shooters go, I’m a huge fan of the Gears of War franchise (but not the games’ individual achievements). I immensely enjoyed the WWZ storyline, characters and action, but I’m not really an online competitive player. And the elephant in the room is the comparisons this game has with the Left 4 Dead Universe.

That franchise is easily one of my favorites when it comes to killing hordes of the undead. Much of that game’s mechanics are mimicked here, so much so I could have sworn WWZ was either programmed by some of the same developers or it was released by the same publisher — it’s that similar.

AFAIK, the game’s story doesn’t overlap the film or the book, but it takes place within the same shared universe. The goal is for four characters to survive ongoing attacks by the masses. Player 1 is encouraged to use a variety of weapons, which level up with each kill, making future attacks easier. Completing each level rewards you with credits to use for new-and-improved abilities, which will help finish the fight.

These RPG elements allow you to level-up your character through multiple playthroughs. I’m not a fan of repeating the same levels multiple times in order to strengthen your character (Hello, Dead Rising!), but sometimes it’s a necessary evil in video games these days (again, Dead Rising!). I was cruising along through the main game until the second level in Tokyo. I had problems with the final objective and not having enough weaponry, constantly getting overrun by the Zeke until I made a few adjustments with my inventory and game plan. Then things improved significantly for my playable character.

The levels are claustrophobic at times, which is not a bad thing when jump scares with quick trigger fingers are frequent. While the game encourages co-op playthroughs, my internet connection isn’t exactly the greatest for online gameplay, so I settled for working with three NPCs offline (full cross-play between PC and consoles with up to three friends is available, or on your own with AI teammates).

As far as teamwork goes, that wasn’t a priority of their programmers. Constantly stepping into my line of sight (and usually fire), there are pre-programmed commands to use, although I managed to ignore them for the most part (along with my CPU teammates).

My biggest takeaway from Aftermath is the frequency the game crashes, requiring a total restart. Now that wouldn’t be so bad if my killer stats weren’t saved in order to upgrade weapons (I think they were…), but my progress within the game was not, which I felt was more important. Thus, I was forced to replay a variety of levels — whether I liked it or not.

A quick online search found that PC gamers who suffered this same fate had a few workaround options, but when playing on the console (I was using my XBOX One), there really weren’t many resolutions. Apparently, just about every time players used the chainsaw weapon, the likeliness for crashing was very high, but after replaying Rome levels more than 10 times and continuously being unsuccessful, I really didn’t want to play the game any more.

I was truly hoping to to review the complete campaign storyline and not the multiplayer components (although the game boasts more than 15 million players worldwide), but that just wasn’t possible at this time. The campaign offers seven chapters, usually consisting of three levels each. I made it to the sixth level before the fatal errors halted my progress. Then there’s the additional challenge and horde modes that are available to play, as well.

On one hand, WWZ: Aftermath brings back so many fond memories of Left 4 Dead, I wanted to relive them. However, due to the game’s bugs, it’s basically rendered unplayable. That’s a shame, because I was really getting into the spirit of the spooky season. Maybe I’ll return at some point, once it’s repaired…

While I didn’t originally play WWZ before this release, I did enjoy many of the weapons and added features that were included in this bundle.

World War Z: Aftermath is currently available to play via PlayStation®4, Xbox One and PC via the Epic Games Store and Steam, with backwards compatibility on PlayStation®5 and Xbox Series X at 4K|60 FPS. 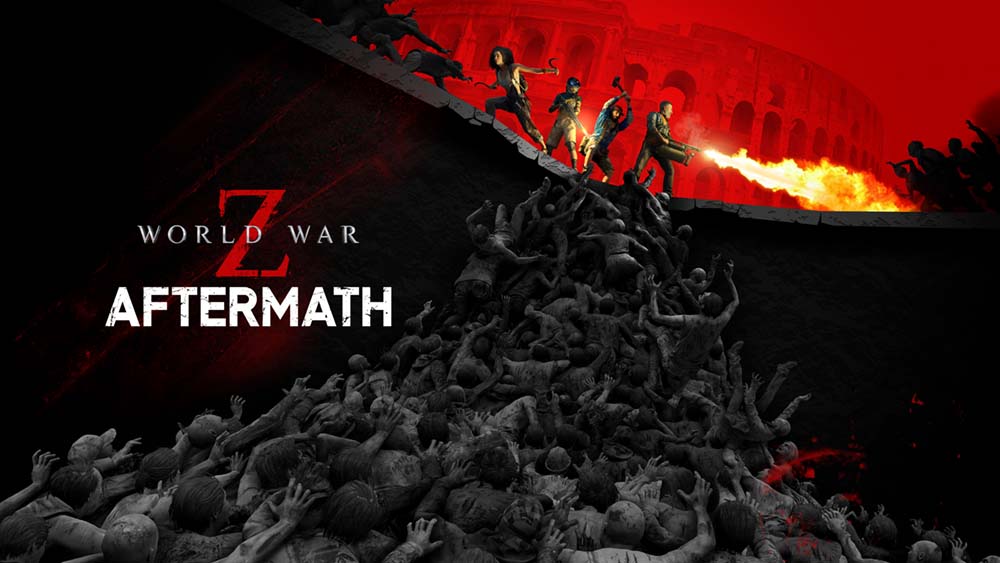