The Simpsons’ Parasite: Treehouse of Horror 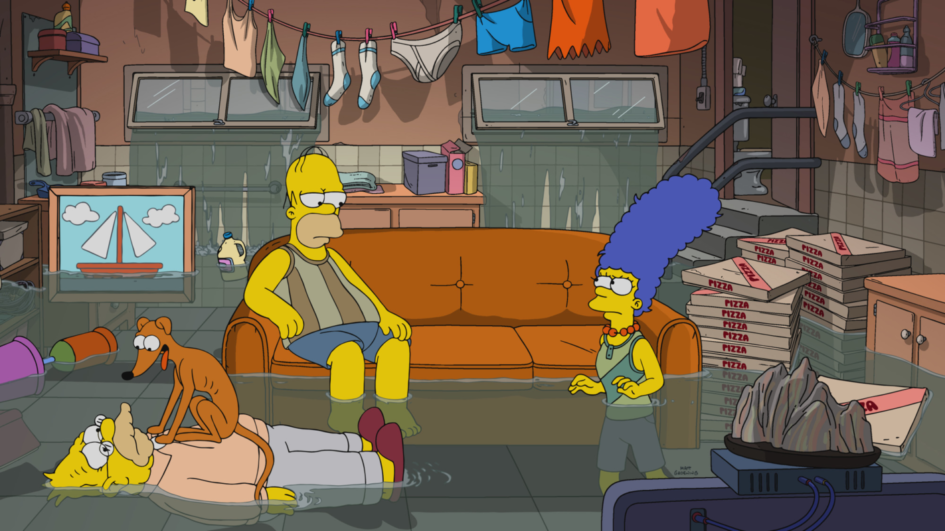 Per Matt
Did you happen to catch “Treehouse of Horror XXXII” last week? Airing during Season 33, episode 709 touched on some killer satire to go along with the spooky season. In what has become an annual highlight of The Simpsons, something I always look forward to, this year’s offerings did not disappoint.

The first time I watched Bong Joon-ho’s Parasite two years ago (Has it really been that long?), I was incredibly moved. I campaigned for the film to receive recognition and encouraged everyone to watch it. Naturally, I was thrilled with its Oscars wins. And you know what they say, “You haven’t actually made it in the industry until The Simpsons makes a parody about you.”

Well, that’s what I’d imagine “they” might say, at least.

The episode not only spotlights this great movie in “Bong Joon-Ho’s This Side of Parasite” (Itchy & Scratchy’s Snowpiercer shout-out was great!), but the characters attempt to define who exactly is the parasite referenced in the title, by its conclusion. So great!

“Nightmare on Elm Street” brought some killer pollen to the magical-and-often-overlooked tree-like characters of pop culture and Bambi’s revenge was brought to life in “Barti.” Every time the show pokes fun at the House of the Mouse, I get a thrill. It doesn’t happen often enough, but I truly love it. Every. Single. Time.

“Lousy treehouse. Every year, three scary stories. Two of them good and a lame one in the middle. I’ll put an end to that…”

I can’t write anything new that lifelong Simpsons fans wouldn’t already know about the show. But I will say that each year, the need for the show’s writers to top previous efforts must be immense.

I mean, the Halloween-themed episodes have long been considered favorites by many (sometimes they’re the best-written episodes of the year). While I don’t think any of the previous 31 episodes have been nominated for Emmy consideration, they definitely should have won more than a few awards by now.

And then there’s the holiday tradition of the FOX network (usually) airing the seasonal episode after the holiday has come and gone. Live sports programming is usually the culprit, whether it’s the big NFL game of the week or the MLB playoffs. And this year, the writer’s room made a pretty good joke about it…

“Halloween isn’t over and they’re already starting with Christmas.”

I previously discussed the cultural impact of The Simpsons with different times of the year (Only The Simpsons Can Reveal True Holiday Nightmares) and I truly hope the show continues with the tradition. But has this satiric ritual become the franchise’s parasite?

I really don’t want this to become a watered-down episode year after year. Sometimes they’re hit or miss, but they always bring some good laughs, along with some pretty great references to past films.

I also don’t want it to become despised by the staff, which in turn will show by its quality (or there lack of). Love it or leave it, I’m a lifelong fan of The Simpsons and I will continue to watch each episode.

It shouldn’t be too hard to please a horror fan, especially around All Hallows’ Eve.

Stay spooky out there, y’all.