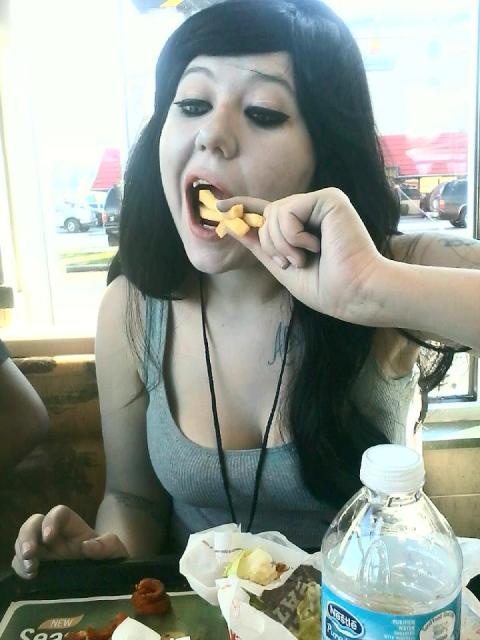 Per Matt
Looking ahead to Yama-Con — the fan-driven convention highlighting anime, manga, comics and video games in Pigeon Forge, TN this weekend — Violet Elliott
previews the convention, prepares her anime panels and discusses cosplaying at the convention.

How did you initially get involved with Yama Con?
– “Last year I ran a couple panels (J-Horror 101 and Best Anime You’ve Never Heard Of) and fell in love with the con. I knew this year I was going to volunteer for staff. It also helped that I met my bearded wonder in the Adventure Time panel and he’s on staff as well.”

What is your role with Yama Con?
– “Officially, Panel Moderator, however, I’ve picked up anything I can help with and I’m fantastic at promoting, if I do say so myself. So, I earned the title ‘Yama-Con Lackey.'”

How long have you been a staff member with Yama Con?
– “Almost a year and I’m loving it!”

What are your main roles as a staff member of Yama-Con?
– “I do a little bit of everything. I’m panel moderator, guest liaison, registration wrangler, and anything else I can stumble upon. I’m also running some panels this year, as well.”

Are you a cosplayer? If so, what some costumes you have worn?
– “As far as cosplay goes, yes. My first cosplay, ever, was Edward from Cowboy Bebop. It was awful! But since then, I’ve been Misty from Pokemon, Marceline from Adventure Time and Nyan Cat.”

What was the highlight for you at Yama-Con 2012?
– “I ran my own panels for the first time last year and I loved it. People laughed at my jokes, which is a change. I love awful puns and everyone seemed to appreciate them, as well.”

What are you looking forward to the most at Yama-Con 2013?
– “Probably seeing everyone’s cosplays, running my panels, seeing old friends and possibly meeting new ones!”

As a first-time attendee, what should I be on the lookout for, this year?
– “The panels at Yama-con really try to cater to a little bit of everything and the concerts are really awesome! The game room is run by a local store and are throwing some awesome tournaments this year as well. Control Freak runs the best game room I’ve ever been in.” 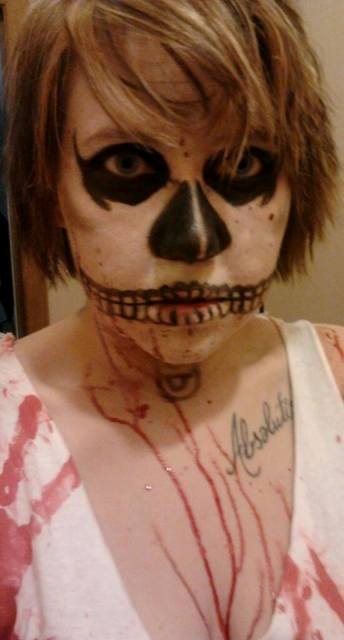 What are you currently geeking out to?
– “I haven’t gotten to play it yet, but I’m obsessed with the new Pokemon games! I’ve been very nostalgic with my anime, ever since they put Digimon on Netflix to, so I’ve gone back to watching a lot of anime I’ve grown up with.”

Are you an anime fan? If so, what are some of your favorites?
– “Of course! Black Lagoon, Eden of the East, Lupin III, Darker Than Black and Master of Mosquiton!”

Are you a gaming fan? If so, what are some of your favorites?
– “Don’t laugh, but the Sega Dreamcast is my all time favorite system so Grandia II (which they re-released on the PS2) is my favorite game. Behind that is Silent Hill 2, Sonic 3 (with the Knuckles expansion pack), and Final Fantasy IV.”

Is there anything else you’d like to add?
– “A little shameless promotion, which would be everyone should come to MAGMA-con in March! Also, I hope to see everyone and meet some awesome people this year!”