You Should Probably Drink Before Watching The Fate of the Furious 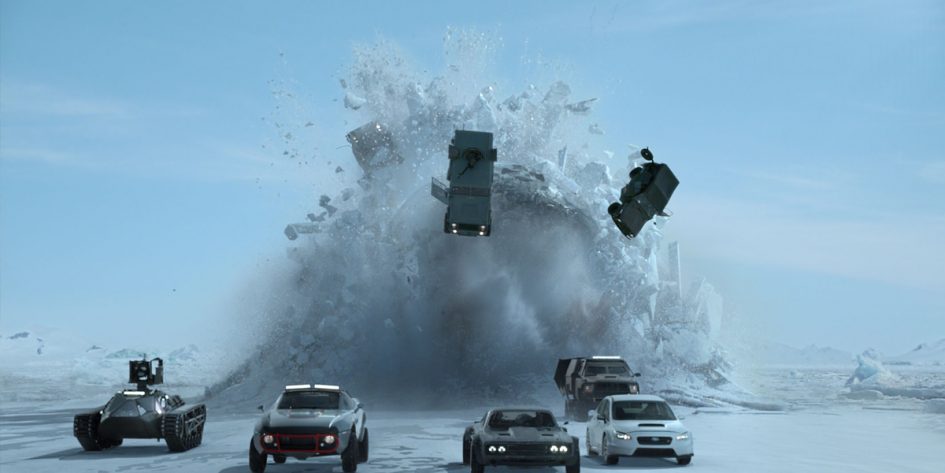 If you are a fan of The Fast and Furious franchise, I am sure this is a film you will love. It’s more of the same with the ante being upped just a tad more from the last film. The crew is back and this time they are trying to stop a nuclear war or something, it doesn’t really matter, does it? Things go boom, bromances are had and wow, those cars go fast.

Quite honestly, as I watched this film, I couldn’t help but think of my brother, when he was about 5, playing with his immense collection of Hot Wheels. That seems about the level this film is on. I’m not sure how many times I actually threw my hands up in the air during the film, out of complete disbelief. I mean, at this point, I think the writers are possibly getting drunk and just writing whatever crazy ideas come into their heads over some cheap beer and hot wings. I fully expect the next installment to be about them saving the entire world from an alien invasion, using the fastest cars in the universe… obviously.

Charlize Theron is in this one. She is sporting a terrible hairdo and basically phoning in this performance. I don’t blame her, the reason behind her villainous actions never quite make sense. She is going to go blow some stuff up to stop people from blowing some stuff up. Sigh. Scott Eastwood joins the cast and I can’t say I wasn’t disappointed. Scott… you are an EASTWOOD for goodness’ sake, act like it. Quite honestly, his performance was among the best and they really could have used him more. I’ll give Director F. Gary Gray one thing… he does a decent job of distracting you from the fact that the plot makes no sense by having action sequences that make less sense. Had I not been at the theater reviewing the film, I would have literally walked out when they had hundreds of cars hacked and put into self-drive mode. The scene was so ridiculous, I completely forgot why they were even doing it. SEE? GENIUS!

The film is way too long. If you are going to make a film that is just explosions with a plot beyond comprehension, it’s best to keep it around an hour and a half, instead of almost two and a half hours long. Just in case you don’t think I get it, these films are about style. Sure, the films are beyond outrageous and are in no way grounded in reality but… hot cars, women and white-knuckle action fuel the films. It’s a glorious guilty pleasure, a live-action comic book, if you will. Perhaps it’s best the film asks the viewer to just go with it. Yes, we totally just had The Rock move a torpedo with his hands… yeah, we know it’s not any way possible… but look how awesome that was. Maybe that’s better than action films that try way too hard to come up with a reasonable plot that is of course, not at all reasonable.

So, no, this isn’t a film for me. It’s not even close to a film I can in any way enjoy, but I do think fans of the series will gladly take another ride with the crew of The Fast and the Furious. Personally, though, for me, this film was just way too fast and way too furious to keep my attention, regarding the cast’s fate. I give The Fate of the Furious one star and may God have mercy on the soul of writer Gary Scott Thompson’s soul.

The Fate of the Furious is now in theaters, check your local listings for times and locations.