Chris Hardwick Has Something to Talk About 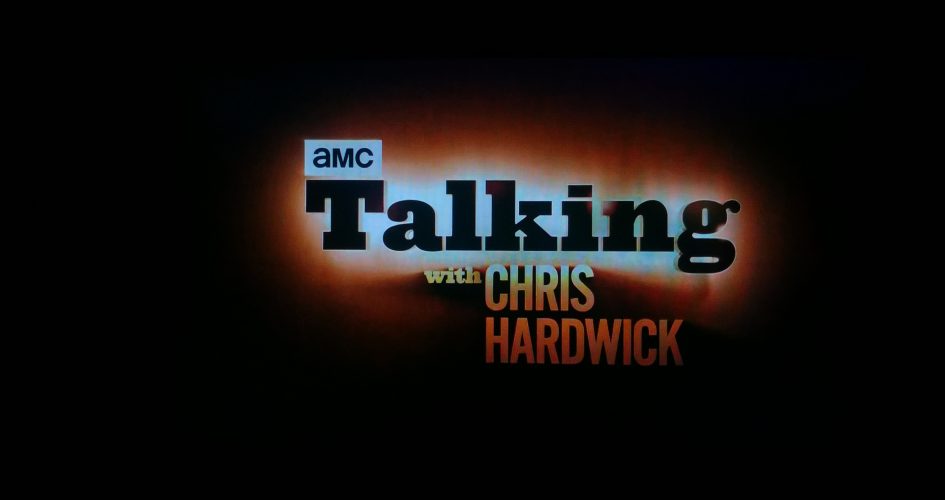 In a new weekly talk show that discusses pop culture (and isn’t exclusively featuring Geek Culture), Chris Hardwick visits with an individual guest or an entire cast for an hour-long discussion. Think of it as a combination of his long-form Comic-Con moderation and a podcast interview. In fact, all episodes of Talking With Chris Hardwick are previously recorded and the extended, unedited version of the TV show will be released as a Nerdist Podcast after it is broadcast.

In the series premiere, which aired on Sunday, April 9, 2017, Elijah Wood was the very first guest. It’s hard to imagine he’s already been acting for 28 years, first appearing in the Paula Abdul music video, “Forever Your Girl,” which was actually directed by David Fincher! As a former child model, he grew up in show business and had some interesting stories to tell from different projects, throughout the years.

After spending four years filming The Lord of the Rings trilogy, he went out of his way to choose smaller projects, opposite anything grand in scale. He is a member of Wooden Wisdom, a DJ team that can be heard on Simian Records, a music label which he co-founded. He also discussed obscure fandoms, cosplay reactions and starting a production company to create the ultimate genre films.

Fans of Talking Dead, Talking Bad, Talking Saul and Talking Preacher will definitely recognize the format, along with the studio. In fact, the hanging walker picture may be removed and the furniture is slightly different, but some of the neutral props remain. Filmed before a large studio audience, live questions were asked by audience members, via video submissions and social media, much like the other shows. Autographed props and items by the guest were given out to those lucky few in attendance and Talking Wood was the nickname of the episode. A quick trivia segment based on the guest with random facts is shown which I really enjoyed (basically, it’s like a quick version of Talking Dead‘s Inside the Dead segment). This time, it featured factoids about Wood’s upcoming film.

l Don’t Feel at Home in This World Anymore is the newest movie Elijah is promoting, which won the 2017 Grand Jury Prize at Sundance. A short video clip was shown and I’m looking forward to catching it sometime. The movie is currently available to watch on Netflix.

Fan fatigue is definitely a possibility for Geek Culture viewers, with Hardwick already appearing on so many different TV shows and podcasts. His interview style feels naturally authentic, something he’s had years to perfect (I still remember MTV’s Singled Out!), and he looks like he’s having a great time while doing it. He’s a very funny guy with plenty of geek cred, he just laughs at his own jokes a bit too long onscreen, something that feels a little too forced. Other than that, I look forward to watching a variety of upcoming Talking episodes, depending on the invited guests.