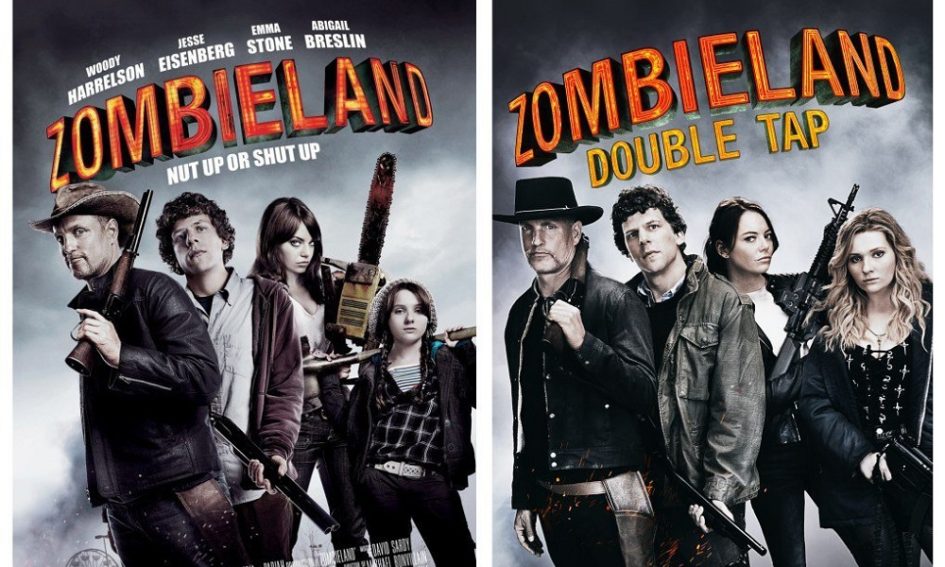 What’s in a name? The sequel to Zombieland was trending on social media recently as Sony Pictures shared a tongue-in-cheek #10YearChallenge image comparing the original movie’s poster to that of a current-day image of the cast. While I’m very excited to watch the crew’s continued adventures fighting hordes of the undead, I’m still trying to figure out what’s the official title of the sequel.

Will it be the concise Zombieland 2? Or perhaps Zombieland 2: Double Tap? I’d’ say Zombieland: Double Tap is the best option of the three, but if you take a look online, for some reason you’ll find each of these possible titles listed and the question must be asked: Why would Sony post a teaser image of an upcoming movie that just started production without getting the title correct?

As the P.T. Barnum quote goes: “I don’t care what they say about me, just make sure they spell my name right!”

Too bad that’s not the case for this upcoming movie.

The Hollywood Reporter confirmed the film’s production, but it lists Zombieland 2 as the official title. Perhaps it’s only a placeholder for now. Maybe the official decision for the title wasn’t decided at the time of the article. Or is it possible the title’s debut was in the image, which was held from all other announcements? Or maybe it’s all just a social media joke and none of those listed possibilities will ultimately become the title of the movie, once it’s completed.

Regardless, it’s great to learn that Rosario Dawson will be joining Zoey Deutch as newcomers. Storyline details are still being held under lock and key from the public, but what we do know about the film is that the Zombies have evolved since the original movie. Emma Stone, Woody Harrelson, Jesse Eisenberg and Abigail Breslin will all return to meet other zpoc survivors, as well.

As we previously wondered: Will Zombieland 2 Write All-New Rules for Horror Sequels?

Also, there’s several Marvel connections made to this franchise. Dawson has previously appeared as Claire Temple in Luke Cage, Iron Fist and The Defenders. Writers Paul Wernick and Rhett Reese will also return for the sequel, who previously penned the recent Deadpool movies. And it’s only natural that Ruben Fleischer will return, too. The director has been very busy lately, with Venom released last year (another Marvel property), a possible Carnage sequel in the works and the previously reported comic book adaptation Archer & Armstrong, which isn’t from Marvel, but Valiant Comics (a studio founded by former Marvel Comics Editor-in-Chief Jim Shooter). Then there’s the big-screen adaptation of BBC One’s Jekyll which he’ll direct, featuring Chris Evans as a modern-day descendant of Dr. Jekyll and Mr. Hyde with a split personality (the actor previously portrayed Marvel’s First Avenger).

This guy goes from not working steadily within the industry to being one of the most in-demand directors in two seconds flat. While we weren’t exactly fans of Fleischer’s Venom, we do have high hopes for this sequel. Hopefully, it’s not arriving 10 years too late. The original remains a cult classic, even if it wasn’t a blockbuster at the box office. With some luck, this one will be completed with a moderate budget and will have a great opportunity to recoup the studio’s investment. It’ll be easy if Bill Murray somehow returns for another hilarious cameo.