Zombies… and Other Monsters: Recapping 2014 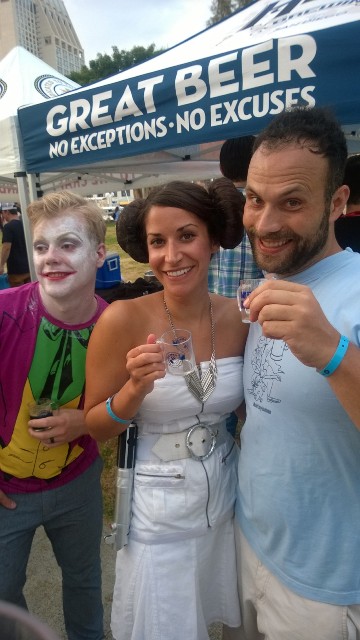 Per Matt
Whenever someone tells me, “Happy New Year,” I respond with, “May the odds be ever in your favor.” While that may be a slight exaggeration, with another year passing, it sure feels like the dystopia depicted in The Hunger Games will be taking place sooner than later.

While Katniss and Peeta aren’t yet walking through that door, we at Zombies In My Blog would like to take a moment to recap 2014 and look ahead to the new year.

2014 was a very big year for us. After adding a Facebook and Twitter page to our social-media arsenal, we’ve now got a Youtube channel that will be used with more frequency throughout the next year.

As the public face of the Webpage, I was incredibly busy last year. It seemed like there was always an event to attend each weekend and usually there were multiple events taking place simultaneously. I got to meet a lot of great people, see some great cosplay and experience quite a lot of fun!

New to 2014:
– 13 interviews featured in the Beer with a Brewmaster column
– 15 beer and liquor festivals attended

In addition to all of these, I was featured on three radio shows/podcasts to discuss Zombies and Other Monsters, live events and other topics. I also made a surprise appearance on News Channel 5, while waiting to interview two touring managers of Wicked.

Attending public events is incredibly fun, but we also had many opportunities to stay at home and get some work done, as well. We reviewed quite a few books, movies and video games at home. Zombies have also taken over the airwaves, with The Walking Dead building on its ratings from last year, being the top-rated show on television for the second year in a row. Way to go, Zombies!

Looking ahead to 2015, what we look forward to:
– More, much more, cosplay!!!
– Even more beer and liquor festivals.
– More Cosplayer of the Month interviews.
– More Beer with a Brewmaster interviews.
– Attending The Walking Dead Escape for the fourth year in a row!
– AMC’s announced spin-off series to The Walking Dead, currently unnamed.
– Season 3 of the episodic video game, The Walking Dead, by Telltale Games.
– Having the same showrunner for AMC’s The Walking Dead for a second straight year.
– More Zombies at San Diego Comic-Con. Last year was HUGE. Next year should be even bigger.

Thank you for checking out our year-end summary article. We would also like to thank everyone for your support. We look forward to bringing you an even more entertainment-related articles next year and we hope to have an even bigger and better Webpage next year. 2015 will definitely be the year of the Zombies! 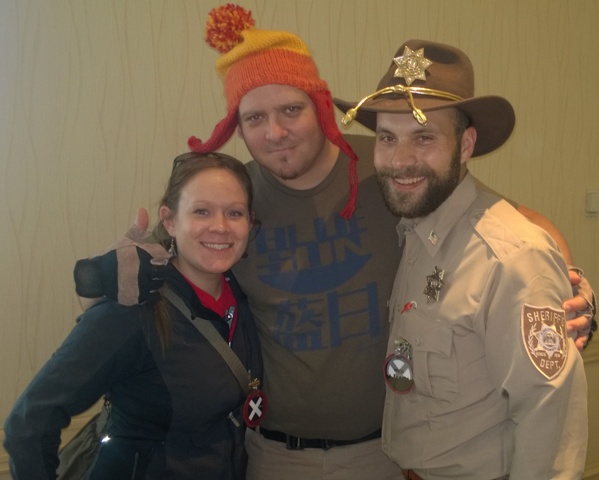