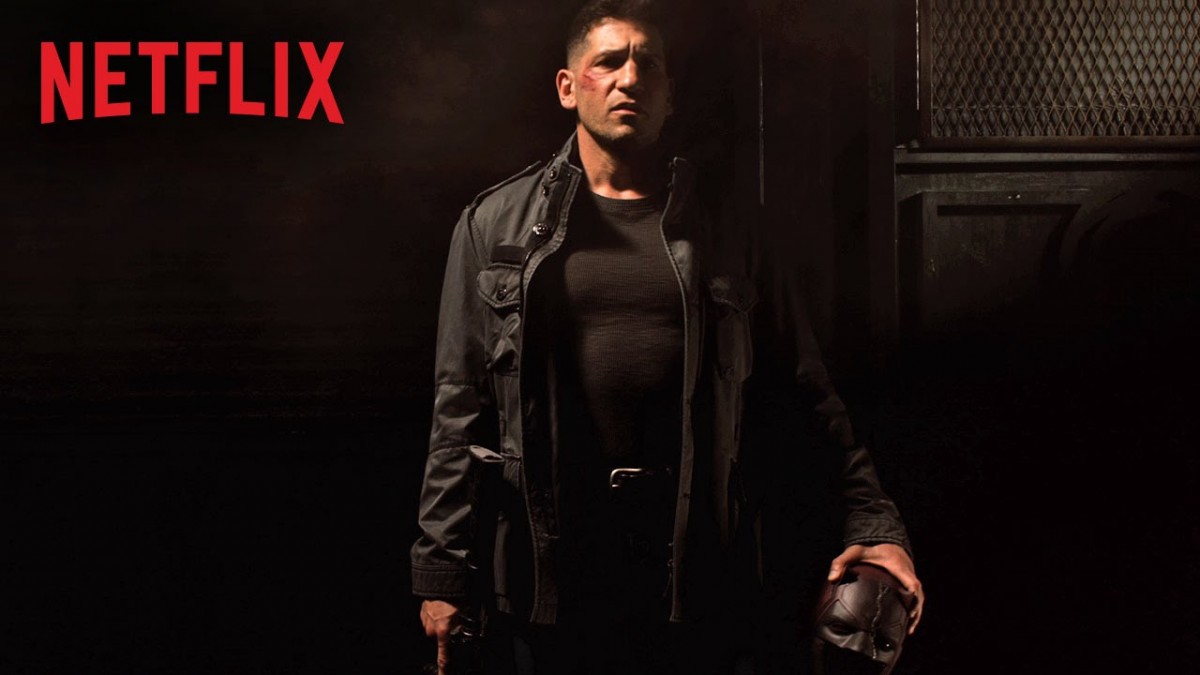 Last weekend, Netflix released its second season of Daredevil. The nemesis that plagues Hell’s Kitchen this season is the Marvel antihero Frank Castle, better known as The Punisher. The vigilante mercenary, portrayed by Jon Bernthal (The Walking Dead) isn’t new to Marvel’s cinematic and televised universe.

Throughout the past three decades, three films portrayed The Punisher. Each one has rebooted the franchise with its own vision of the character, though all the classic elements of Castle’s story are still present. Every iteration has Frank as a former cop, marine, or both, losing his family in brutal fashion to organized criminals and becoming a hardened vigilante, bent on eliminating gangsters and killers as a one-man army.

The initial screen debut of Frank came in 1989 (although the film was never officially released in the United States). Starring Dolph Lundgren and directed by Mark Goldblatt, The Punisher arrived after a slew of high-octane ’80s action movies, such as Die Hard, The Terminator and Lethal Weapon. Containing a stylized influence from the era, The Punisher seems like a generic action movie with the skin of Marvel’s antihero. There are no other true characters from The Punisher or any of Marvel’s other comics besides Frank, himself, included in this movie. He doesn’t even adorn his symbolic skull emblem, but he is true to the character, though. The main plot involves two feuding criminal organizations vying for power. In the midst of this, the Yakuza kidnap and hold the children of a New York mobster hostage in hopes of exchange for all Big Apple illegal operations. Castle gets caught up in the middle of their feud protecting the welfare of the children, and in doing so, takes out gangsters on both sides. After a five-year manhunt and a body count of 125, Castle is questioned by his former partner, Officer Berkowitz. When told that everyone has a limit, Frank responds, “I guess I haven’t reached mine yet,” in a true testament to the nature of The Punisher.

The next occurrence of The Punisher appeared in 2004, at the height of Marvel’s cinematic boom. This time, Frank’s persona is portrayed by Thomas Jane, with John Travolta acting as the crime leader, Howard Saint. Like many other Marvel films during this time, the movie was influenced by storylines in the actual comic books. This movie was mostly based on two graphic novels, including The Punisher: Year One and Welcome Back, Frank. In this version of Castle’s story, Frank is shown as a methodical and calculated vigilante, instead of a brash killer flying off the handle. Most of his actions are revenge based and directly aimed at Saint, who was responsible for the hit on his family. Throughout the rest of the plot, Frank is standoffish and sullen, he’s not as proactive at taking out criminals as his character is known for. Almost every bit of action he faces comes from hitmen seeking to take him out, while he only kills them in self-defense. Whatever Castle lacks in ruthlessness, he makes up for in ingenuity. One early scene shows Castle’s clever interrogation techniques. Frank convinces an informant his flesh is being burned with a blowtorch, when in reality he is shoving a popsicle into his back to simulate the cold feeling of nerve endings being burned away.

The last film adaptation showed up in 2008 and starred Ray Stevenson. This reboot was supposed to be a continuation of the last film, but Thomas Jane and director Jonathan Hensleigh had creative differences for the project and neither returned. The feel of this movie is much different from the others. While The Punisher is certainly a dark character, Punisher: War Zone pushes the envelope for violence with bad guys’ heads exploding and faces caving in from one punch. The gratuitous violence is on the brink of absurdity, whether it comes from Frank dangling upside down from a chandelier, shooting indiscriminately at party guests, to villains getting gored and thrown into a pit of fire. Sure, The Punisher is possibly the most brutal protagonist you’ll find between the pages of a comic book, but there comes a point where the malevolence is being one-upped for the sake of callousness. The characters still have depth, though. At many times, Frank is sympathetic to the innocent and weak, which puts him in vulnerable positions. He also faces a nemesis in Jigsaw (played by Dominic West), who is considered to be his archenemy, which is awesome, since most other Marvel heroes have a litany of foes to battle.

If Daredevil can make The Punisher into half the villain that Wilson Fisk was in its premiere season, then we may be seeing, possibly, the greatest portrayal of the character, ever. There also comes a lot of hope for that, when Frank Castle has 10 hour-long episodes to make an impression on us, the viewers. Rumor has it that Netflix may be adding a Punisher series to its list of Marvel TV shows, which bodes well for Daredevil’s current season. The fact that The Punisher works so well as both hero and villain, creating a rich and complex character, has surely left its mark on fans.