Why I Almost Exclusively Play EDH / Commander in Magic: The Gathering 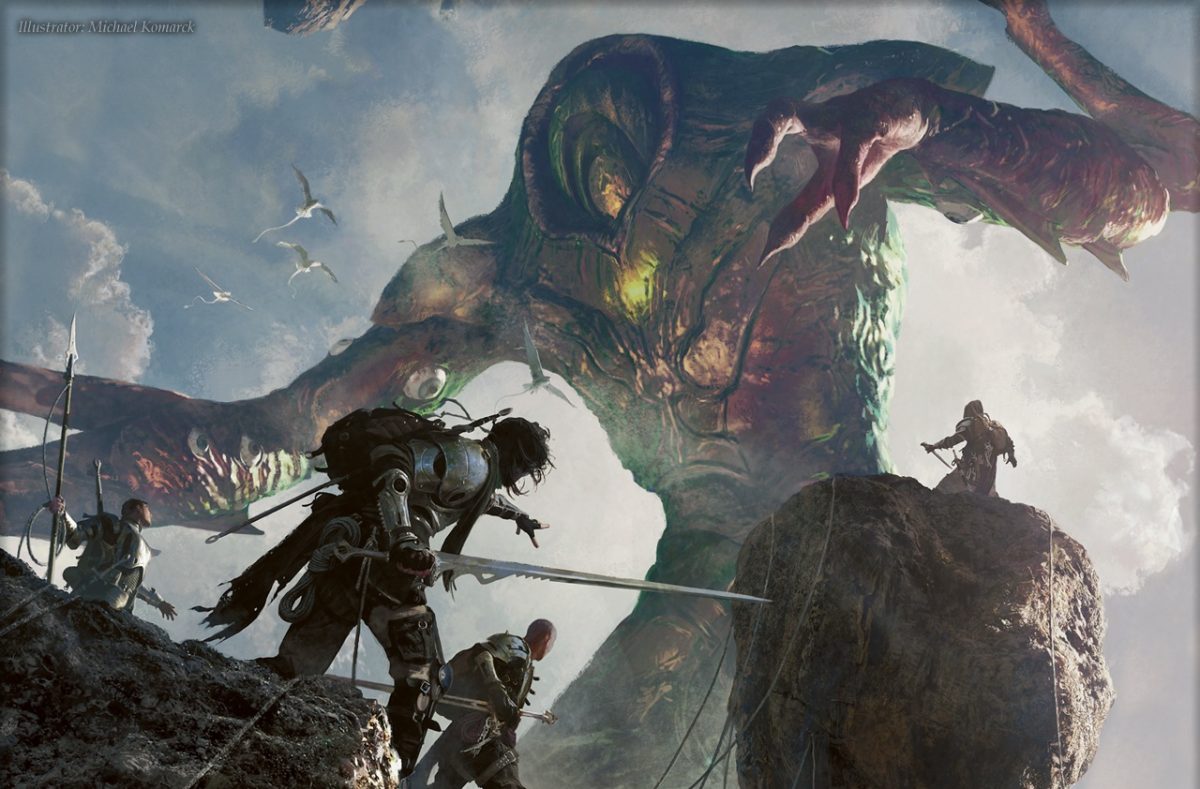 By now, everyone knows what Magic: The Gathering is. Players build decks from cards they have purchased via booster packs and boxes, and pit them against each other.

What the casual outsider doesn’t know is that there are various game types, formats and variations of the rules. There’s Standard, Modern, Vintage, Two-Headed Giant, Multiplayer, 60-card, 100-card and more. I am here to talk about the player-created Elder Dragon Highlander format (EDH for short).

EDH was created several years ago when a playgroup began to grow tired of the regular sanctioned versions of Magic. This format lets players use practically every card in existence, with the caveat that they can only have one copy of each non-resource card in the 100-card deck (this is the Highlander part, since “There can be only one”). The second main aspect is that each deck is built around a “Legendary” creature, with the rest of the 99 cards designed to supplement this “Elder Dragon.”

This variant became so popular that it was eventually sanctioned by Wizards of the Coast (owners of the Magic brand) under the Commander moniker. As Magic continued to grow in general popularity, so did Commander.

I began playing Magic about three years ago, well over a decade after I dabbled with the game in high school. It began as a fun way to pass the time during lunch with my co-workers. We had regular games pretty much every day. But soon we found the game was beginning to turn sour for us. It turned out that the cure was simply to find another format to play.

Standard is the most popular and prominently played format of the game. It utilizes only the latest cards to be released, rarely stretching back more than year or two. Modern and Vintage have the same rules, but the card pools stretch back farther and farther into the past.

First, in order to play Standard, a player has to constantly be adding new cards to their collection. This is really an ingenious move by Wizards of the Coast, but it can be hell on a wallet. One of the earliest reasons for the creation of EDH was trying to find a use for all of these older cards that had rotated out of use. If you are playing Standard, the cards you bought three to four years ago are no longer “legal,” but nearly every card, aside from a few banned over-powered ones, are legal in EDH. This is particularly beneficial for players with large collections that span back through the past two decades.

The second issue is that certain deck types begin to emerge as the strongest. Because the card pool is so limited, there tends to only be a few of these “strong” decks at a time. Going to an organized event pretty much means you will be playing against the same decks over and over again, and this gets boring. In fact, this was what soured my friends and I on the games we were playing, despite the fact that we were not playing in any organized events. Because EDH pulls from a card pool that is at least 20 times larger than whatever is in Standard at the moment, the decks that see play are substantially more varied, leading to more interesting and unique play encounters.

Furthermore, because EDH is a “Highlander” format (one copy of non-resource cards) it forces a player to look for more different and useful card combinations. This is a particular difference from most 60-card formats, where players can utilize up to four copies of a non-resource card, creating far fewer play combinations in any deck. It makes it easy to calculate the odds of what card may be drawn next, or even the possibility of what card your opponent may play. In EDH it is next to impossible to determine what you will draw next (outside of “deck stacking” mechanics), let alone what your opponents may play at any time. This level of the unforeseen adds a level of excitement that I find hard to match in the more standard levels of play.

Lastly, EDH is a very multiplayer-friendly format. In fact, that was what drew my friends and I to it in the first place. There were initially three of us playing at lunch, and the appeal of a game type that was designed for more than two players really leapt out for us.

I do have a couple of Modern decks sitting around to play with friends who play those formats, but after the taste of beautiful, organized chaos that is Elder Dragon Highlander, I can’t go back.