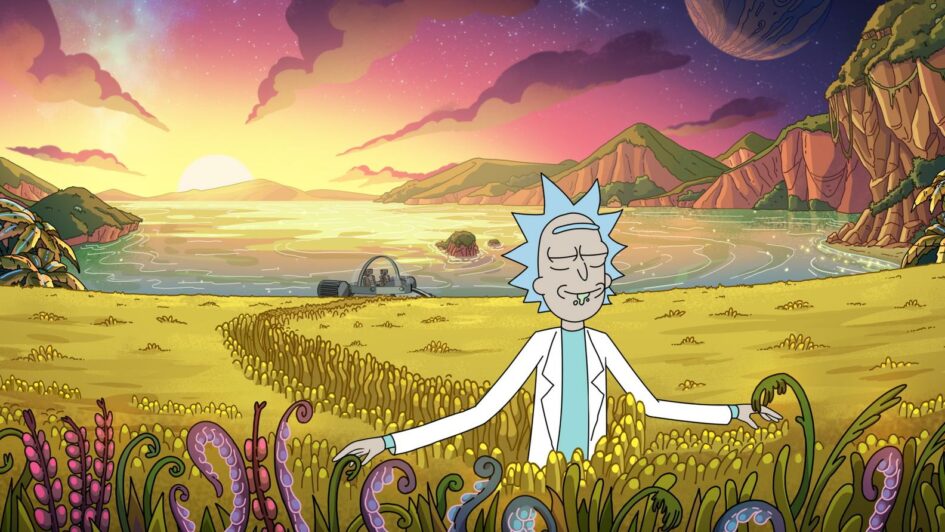 Just in case you’ve been hiding under a rock for 770 days, it’s been two long, very long years since the last new episode of Rick and Morty aired. Several days ago, that terrible record ended with the season premiere of “Edge of Tomorty: Rick Die Rickpeat.”

As fans of the animated show can attest, creators Justin Roiland and Dan Harmon are notoriously slow to produce new episodes — — or are they simply being overly cautions? Each new season feels like its hiatus is double the previous year’s amount of time, ramping up fan interest to a frenzy until the next one is released. So, what’s the latest ridiculous scenario that the mad scientist Rick Sanchez has dragged his grandson, Morty, into? Actually, this one was Morty-centric and it was quite enjoyable.

Death crystals, fighting the future, aliens and the multiverse. Fate, life and death. Rebirth. Rinse and repeat. Don’t forget the endless sarcasm, fan service and jokes that viewers have come to expect with the series. While I’m not going to break down the entire storyline, just know that it involves an untimely death, a crisis detection and correction hologram and it’s worth a watch (or multiple viewings, as this fan catches weekly reruns on Adult Swim). Obviously, the more times you watch an episode of Rick and Morty, the more likely you’ll catch the minutia you may have missed in previous viewings.

As the first of 70 new episodes ordered by Cartoon Network’s Adult Swim division, for now, at least, the series is only releasing five new episodes. Does that mean we can expect 15 mini seasons? That’s yet to be decided, but I truly hope the series doesn’t milk its extended breaks in hopes of mining ratings.

What I do know is that if you enjoy creating a variety of cosplays portraying the show’s main characters, you’ve got a few more options after watching the season premiere. Wasp Rick, Shrimp Morty, Teddy Rick and Unstoppable Science-Fiction Morty are just a few of the best costume ideas in this episode. I look forward to seeing them at the next comic convention.

“You ruined the Season 4 premiere. You ruined it!”

Other than having to ask for Morty’s permission to go on wacky cosmic adventures, Rick’s still presumably the smartest person in the universe — just ask him and he’ll confirm it. It doesn’t take being a crystal poacher on Forbodulon Prime to realize this season’s going to be a big one for the ongoing mythology. Or maybe the pair will simply sit around and do absolutely nothing for an entire episode. Or multiple episodes. I guess we’ll just have to wait and see which scenario plays out.

So, did you catch all of the meta, fourth-wall-breaking jokes? According to at least one article, they were callbacks for the show’s creators to directly respond to fan criticism from seasons passed. While I don’t totally agree with all of the author’s cynicism, seeing all-new animated sci-fi episodes can bring a zen-like state to true-blue fans.

All does seem well in the world with new episodes of Rick and Morty… wabba lubba dub dub!