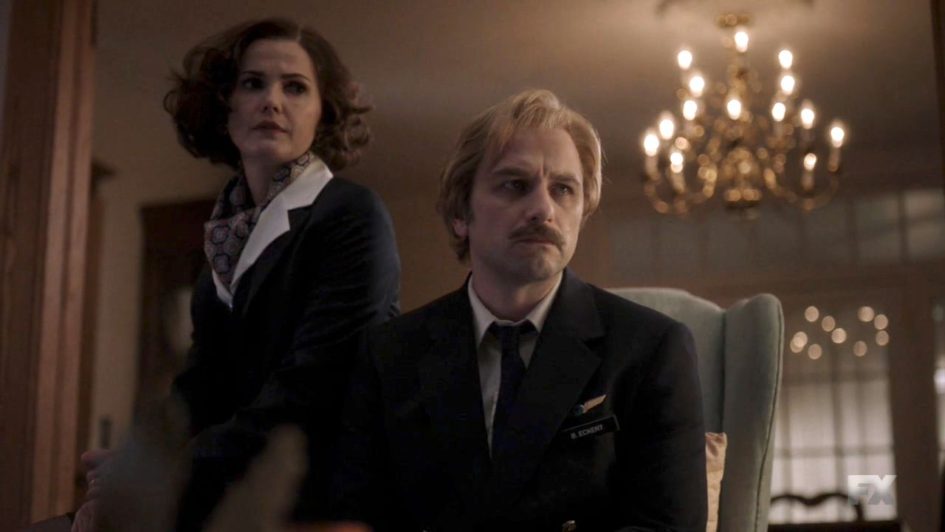 With former FBI Director James Comey testifying last Tuesday about possible Russian involvement in the 2016 U.S. election, it may seem as though the Cold War had never ended. The conflict between the USSR and the United States and other minor players, which lasted from 1947 to 1991, created such a huge global threat that it changed espionage tactics forever.

Spies such as Ted Hall, a prodigy in biophysics, worked on the Manhattan Project in Los Alamos at the age of 19, would provide Russia with schematics of atomic bombs from memory. Then there were couples working together in their practices of spying for Russia, living double lives out in the open, like Morris and Lona Cohen and the infamous Julius and Ethel Rosenberg. This dynamic of spies, in the guise of a family, became the emphasis showrunner and former CIA officer Joe Weisberg wanted to portray in his spy drama, The Americans.

Season 5 of the show, which aired its finale a couple weeks ago, ended without much high tension. That seems to be the norm for the show over the past couple of seasons. Season 1 ended with Phillip having to rescue Elizabeth from walking into an FBI sting operation at the last possible second, which ended in the two driving away before Elizabeth is shot. Season 2 concluded in the revelation that Jarred, the son of the slain KGB agents and his sister from Episode 1, was, himself, the killer, when he saves the Jennings from a KGB informant bent on killing them all, before he gets mortally wounded. With Season 3, the final episode ends with Paige calling Pastor Tim and telling him her parents’ secrets that they revealed to her halfway through the season. Season 4’s finale ended with William, the contact responsible for getting a highly contagious virus to the Jennings, having to break the vial containing the disease into his skin, once he gets caught by Stan and other FBI agents.

Now, with Season 5, we get a finale that starts off on the cliffhanger from the episode before, where a defecting Russian family’s son was told to slit his wrists by the Jennings’ high school-aged partner, Tuan (acting as their adoptive son for another one of their cover identities), so that the family would be pressured to move back to the USSR. From there, Paige helps out at the food bank with Pastor Tim in one of their last moments together before he leaves to work in South America, Phillip cuts ties with Kimmy, the daughter of the CIA agent whose satchel has been bugged by Phillip on a weekly basis. Aside from the loose ends being tied up as best they can, we have the non-too-oft-seen Henry get rejected by his dad from going to the private school he had just been accepted into, and Stan reveals to Renee, his new girlfriend (and possibly undercover KGB operative), that working for Soviet counter-intelligence at the Bureau isn’t working for him. The episode ends with Phillip and Elizabeth having to postpone returning to their home country because of intelligence gathered from recordings of Kimmy’s father, who is getting promoted from his position as the head of the Afghan conflict with Russia.

Though the finale was lackluster, and the season as a whole didn’t have much driving it, it did show us a lot about these characters. Storylines abound in this show. So many that you tend to lose track of them until something relevant with a side character comes along. The stories that had the most prominence this season were how Paige would be handle dating Stan’s son without hinting at her parents’ real lives, how Oleg had to dodge suspicion of treason after returning home, and how much of the work that the Jennings were undertaking actually meant something for the cause.

After being hounded by her parents and sleeping in the closet, Paige eventually caves into the pressures of what being in a relationship with Mathew is like and breaks things off with him. She grows both personally and through the guiding of her parents throughout the rest of the season and takes fighting lessons with her mom in order to bond and feel empowered.

Meanwhile, Oleg faces the constant burden of his decision to tip off Stan the season before, about the Soviet’s plan to use a biological agent as a weapon that would have killed many innocent lives. The burden follows him as he is constantly under question and investigation from Soviet agents. All the while, he, himself, is responsible for weeding out corrupt officials taking advantage of Russia’s dwindling food rations. He even sees the cracks in his family as he learns more about his mother’s imprisonment in an internment camp when she was younger, and the strain it put on his father.

The whole overarching theme behind this season, though, comes from the work the Jennings undertake throughout each episode. Their tasks, from beginning to end, seem futile at best and mentally and emotionally detrimental at worst. The season starts with them excavating the grave of William on a U.S. Army base in order to retrieve a sample of his skin to be used by the USSR. Though the Soviets promise not to use the virus as a weapon, the Jennings later find out that was a lie, and had to kill their South African partner, Hans, when he got cut and infected falling into William’s grave. Then there is Elizabeth’s assignment to gather information from Ben, a scientist whom the Soviets believe is creating a super bug capable of destroying their crops, but he is really doing the opposite and creating a grain with enough resistance to withstand the bugs. Phillip and Elizabeth had to kill an innocent man in order to obtain information leading to this revelation.

The last assignment the two underwent that made them question the nature of their missions was to kill a Russian transplant who executed Soviet soldiers for the Germans during World War II. When they corner the woman in her apartment, along with her husband, she breaks down and reveals her crimes and the mistreatment she got that led to her decisions. Everyone in the room knows that she did terrible things that she regrets, and that there is really no point to taking her out and the USSR just wants revenge on her for what she did, even if it serves no greater purpose, but Phillip and Elizabeth kill them both anyway, because it is their duty. It is only the second time in the series we really see Elizabeth shaken; the first being when she had to take out Betty the accountant, while bugging the FBI’s mail robot. Nearly every mission the two went on this season was frivolous in its intent, bringing about their discussion to retire back to Russia with their children and end their careers as spies.

The upcoming final season, which will consist of just 10 episodes, will surely have a faster pace and ramp things up to the energy level of the first couple of seasons. There isn’t much more to go on, as far as the history of the Cold War is concerned. The series is blowing through the ’80s and the Communist Bloc isn’t far from falling. As they say, it’s the beginning of the end. The show can go in a number of different directions, and is just a ticking time bomb — no, a whistling nuclear bomb — waiting to explode.