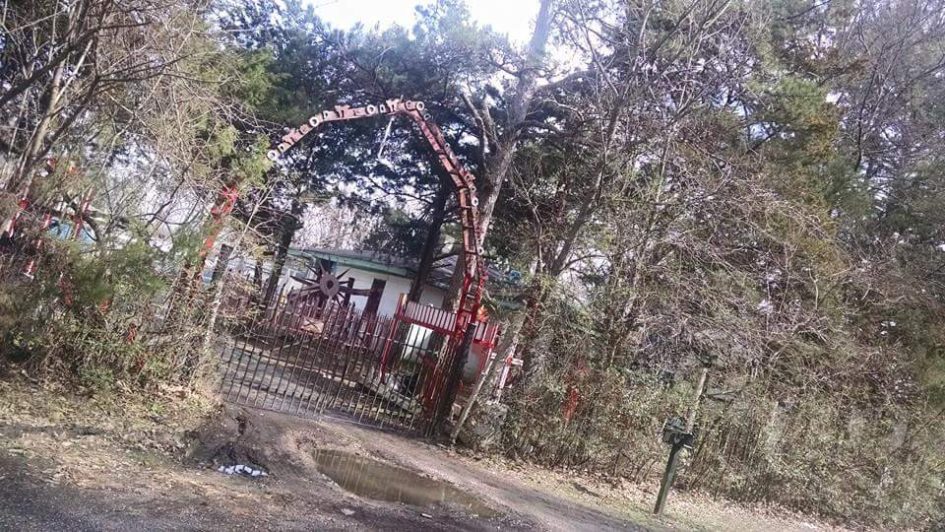 As a kid, I read lots of National Geographic magazines. I loved the articles about ancient ruins and ghost towns. There was a certain arcane and magical charm that I saw in those decaying structures. It was easy to picture fairies and ghosts and all manner of creatures jetting in and out along the crumbling, vine-infested masonry. While I’ve never visited the ancient ruins of the old world, I’ve explored mysterious places of my own, right here in Tennessee. From crumbling facades of Depression Era main streets to colonial dungeons and abandoned amusement parks, I’ve done quite a bit of urban exploration. Of all the places I’ve been, none has left me in as much fear as a little patch of earth in Memphis known as Voodoo Village.

Far from the sound of jazz on Beale Street in the densely wooded neighborhoods near the Mississippi River, a small church sits on the corner of what looks like a long driveway. It’s a brick-shaped white building with a small steeple in a well-kept clearing. The parking lot is small and I pull in to get my bearings. The GPS says that I’ve arrived at my destination, but I can’t tell where that would be. After a few moments, I look up and find a stop sign hidden behind leaves and kudzu, glaring at me like a warning. STOP! Just above a tilted green sign reads Mary Angela Rd. I realize that I’ve found Voodoo Village.

I first heard about Voodoo Village in 2013 in an article about the most haunted places in Tennessee. From the Bell Witch Cave to a dozen railroad crossings and battlefields, this one obscure site on the edge of Memphis stood out. Writing horror fiction, I’ve read and studied a number of different myths and practices and voodoo has always struck me as a beautiful faith. It’s rarely ever the sort of bizarre bloodletting, hedonistic witchcraft shown on film. Instead it’s a devout religion where followers reverently invoke their ancestors and the spirits they call Loa. Yeah, like any faith, there is that darker side, the sort of black magic and spell casting that gives rise to Zombies, voodoo dolls, and stories about malignant practitioners who use curses to torment and control others. The pictures in the article showed hauntingly beautiful structures and I absolutely fell in love with the idea of visiting. 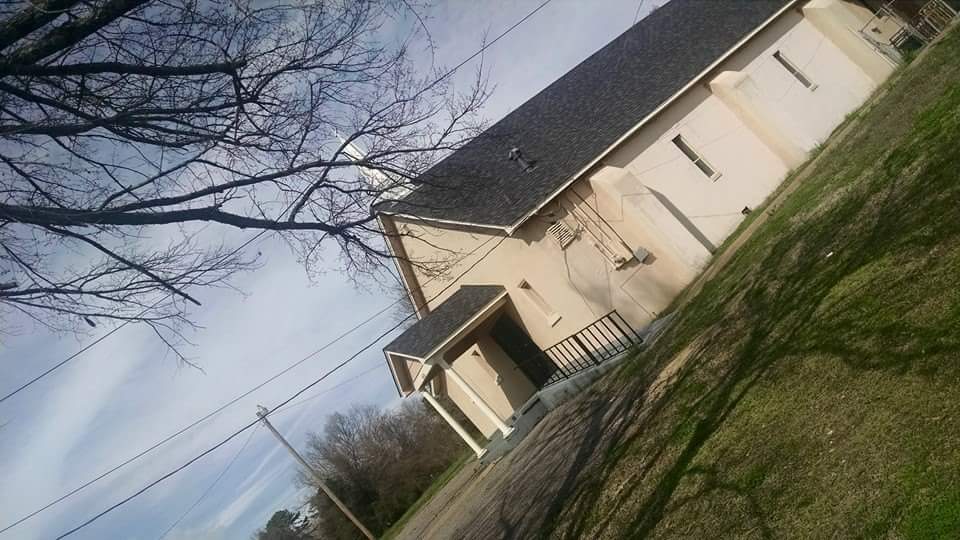 Standing in the middle of Mary Angela Road, I had second thoughts.

The world had become absolutely silent. There was no traffic. No wind. Not even the trilling of bugs or fluttering of birds in the trees. It’s a silence you rarely hear and it’s eerie. Hopping back in my truck, I decided to drive down the road a bit. The overgrowth of trees and vines reached out toward the pavement, strangling the void between one side of the road and the other. It was a lush, green corridor broken by a few small, dilapidated homes. The first was in decent condition, though it looked abandoned. The second house was definitely occupied, but far from livable with a partially collapsed roof covered in a blue tarp. The slats on the outside wall were crooked, the windows dusty. A young woman stood in the yard hanging laundry on lines behind a warped chain link fence. As I drove by, she hurriedly gathered her things and disappeared behind the house.

On the opposite side of the road, hidden behind a mesh of fencing and overgrowth were colored masonic symbols atop smaller white structures. At last I’d found Saint Paul’s Spiritual Temple: Voodoo Village.

Founded in the 1950s by a healer, the location has declined into an unwelcoming stretch of land where thrill seekers and ghost hunters hope to experience the supernatural. I was more interested in the symbolism of the structures and the history of the location and hoped to find someone I could talk to. Unfortunately, pulling up to the strangely jointed arch of the gate, I found a padlock and no signs of life. After a few minutes of looking around the perimeter of the fence, snapping a few photos and wondering if there was anyone I could talk to, I felt an odd but familiar sensation. Alone as I was, there was a feeling that I was being watched. It was instinctual. There was no one around that I could see but, somehow, I knew I was being watched. Finding no one, I decided to press on.

Courtesy of Google Earth. By the time I got here, I was done taking pictures. I just needed to leave.

I’ve made some bad decisions in my life and Voodoo Village was most definitely one of them. As I drove into the cul-de-sac at the end of Mary Angela Rd, I felt a sinking in the pit of my stomach. A single, abandoned house, the doors open, windows smashed out, buried in a sea of overgrown grass with kudzu and Spanish moss choking the roof glared at me. The burnt-out hulk of a large sedan sat partially melted into the scorched pavement. Nearby, two other patches of similarly melted asphalt told tale of similar infernos that had raged at some point in the not-too-distant past. To be clear, between being in law enforcement and being a fan of horror movies, every last bit of sense I had was screaming to get out. I half expected to circle around the dead end only to find a mass of people congregated in the street, blocking my exit. I was relieved to find the area still as vacant as when I arrived and quickly left without another moment of hesitation.

I’ve since read up some more on Voodoo Village and discovered my instincts were correct, as the residents don’t take kindly to visitors. I read stories of assaults with axes and baseball bats, of angered chants and even a few cars being barricaded in the cul-de-sac by people who seemingly appeared out of nowhere. A picture was painted of a house of worship that had declined into a damning place in no small part due to urban legends, superstitions and old fashioned racism. As far as any occult or supernatural goings on, I can’t say anything with certainty. On a very real, very primal level, I felt something watching me. Was it the Loa of Saint Paul’s Spiritual Temple or something more tangible? I don’t know. There are plenty of pictures and even some videos online about the location if you’re interested, but take my advice and stay away from Mary Angela Rd. Let the folks who live there be in peace and keep yourself safe from whoever, whatever might be waiting in those woods.