Andrew Garfield Shows Off His Singing Skills in Tick, Tick…BOOM!

It’s no secret that I have a small infatuation with musicals. I don’t watch many. In fact, even though the 2020s have been filled with several major musical hits, I have mostly avoided watching them. But with the awards season in full swing, I wanted to check out some of the candidates for the top honors of 2021.

One of the films that kept coming up in the musicals category was Tick, Tick…BOOM! Starring Andrew Garfield, this semi-autobiographical film is an adaptation of a stage show by Jonathan Larson. That name may mean something to you, as Larson was also the musical genius behind the play, Rent, one of my all-time favorites.

His stories explored social issues, such as addiction, cultural struggles and homophobia. While those tend to be hot-button issues in today’s climate, Larson’s work sheds light on the subject matters in a deeply intense, yet informative way. Both Rent and Tick, Tick…BOOM! handle these issues superbly.

Taking place in the early ’90s, the movie begins with Jonathan Larson (Garfield) performing the titular monologue at a theater workshop, telling the story of how he got his big break, with his project called Superbia. Having a self-imposed goal of hitting the big time by the age of 30, Larson has only a week to make that dream become a reality.

His girlfriend, Susan (Alexandra Shipp), gets a job in another city and asks him to move with her. His roommate, Michael (Robin de Jusús), seeing that Jonathan is possibly throwing his life away on a dream that won’t come true, pushes him to follow her, hoping it will get him a better paying job.

As the monologue continues, we see and feel the struggle that Jonathan is under. Suffering from writer’s block, in addition to the day-to-day struggles, Larson begins to break down. Rather than abandoning his passion, Larson pushes through, but the costs are high. 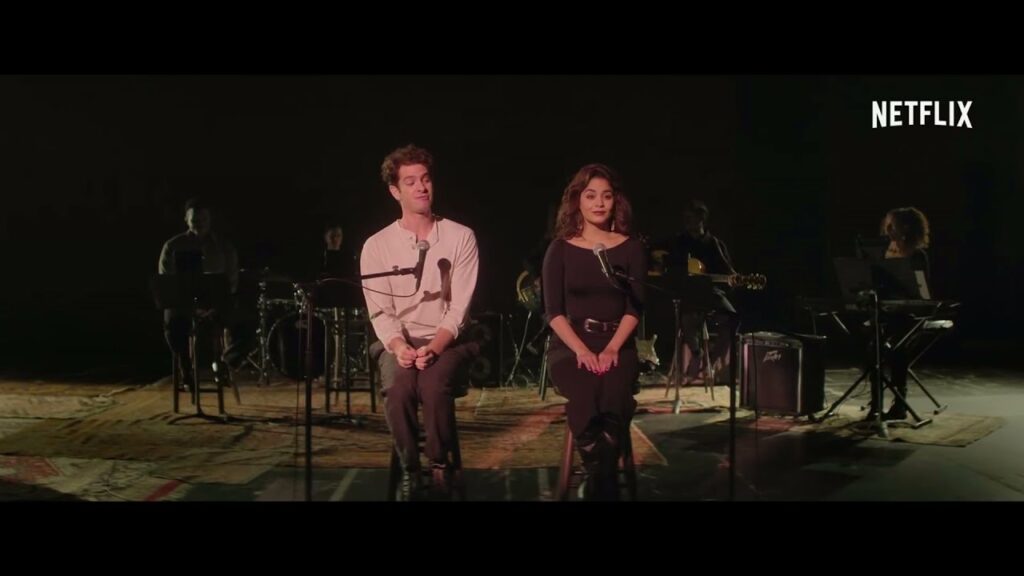 Tick, Tick…BOOM! is a fantastically told story. While not a true biography (the narrator even states parts are made up for dramatic purposes), the story brings the audience into the plight of a young playwright, whose passion and drive won’t let him fail.

We can all relate to having that passion in our lives — that thing we want above everything else. For me, the thing I want is to have an amazing haunted attraction. While new haunted houses seem to pop up every year, the really good ones are those that stay. In this day and age, the old ways of scaring people don’t work as well as they once did. It takes new insights and tactics to get the scares we want. And whenever you see the words “new” or “innovative,” you can guarantee there are going to be lots of dollar signs beside it.

As a guy with little money to spend, starting this business has been hard. There are days that I work on the haunt from the time I get off work until I go to bed. There are other nights where I have paralysis. I think of all the things I want to do and need to accomplish, but then I just zone out and nothing gets accomplished. In a way, it is my own version of “writer’s block,” just like Larson’s experiences in Tick, Tick…BOOM!

While I do not have just seven days to get this done, the few months left until opening night are fast approaching, and it feels like nothing I have done yet has put a dent in the requirements for a great haunted house.

Andrew Garfield has an amazing voice. Who would have thought that this guy was so talented? I know he is a Hollywood actor, but his range of abilities goes beyond just acting. In fact, in looking up his history, I found that Garfield has a rather extensive background in theater, appearing in 10 different shows since 2004. That resume is almost as long as his film career. I had no idea he was so multi-dimensional. But now that I do, I am going to have to check out more of his previous works.

Tick, Tick…BOOM! gets five out of five stars. Do yourself a favor and check this one out. You will not be disappointed. I know musicals are not for everyone, but Tick, Tick…BOOM! has the perfect mix of drama, comedy and romance for everyone. It’s currently available on Netflix.