Animated Summit of the Gods Translates Into a Peak Adventure 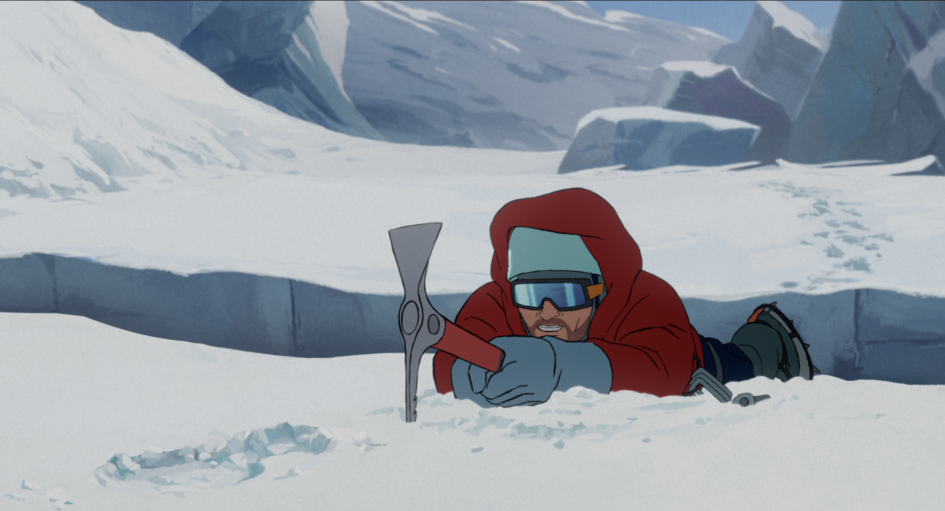 Per Matt
Originally titled Le Sommet des Dieux, The Summit of the Gods is a French animated film adapted from the Jirô Taniguchi manga (which was, in turn, adapted from the Baku Yumemakura novel). There’s a whole lot of translation going on in this Japanese-French mashup that follows a mysterious mountain climber who might just have the evidence that proves George Mallory was the first person, ever, to ascend Mount Everest in 1953.

When photojournalist Fukamachi gets the scoop of a lifetime handed to him, he unknowingly turns it down. But he doesn’t realize this mistake until he’s traveled thousands of miles and returned home. Attempting to research the situation, he winds up chasing a well-known ghost who has willingly fallen off the grid, fighting the inner demons of past failures. Will their paths somehow merge, and can they cooperate long enough to look down onto the world, together?

The Summit of the Gods follows a pair of adrenaline junkies. Mountains are a path, not a goal. Successfully setting world records can bring forth a major rush, while the agony of defeat possibly means death. These types of people always challenge themselves, while torturing their bodies. Risk is a major motivator and often they are dealing with things that are out of their control, but they must persist. Climbing is the only thing that brings meaning to their lives, while patience is what actually keeps them alive.

Per anime style, the visuals of this film are impeccable, and the score is magical. The animation looks great, and the story kept me wanting more. At times, though, it seemed like the voice actors were French, speaking Japanese (or maybe that was reversed). I could never quite figure it out, but it wasn’t too much of a distraction as I was reading subtitles. I did enjoy this entry as historical fiction, a genre which I have appreciated more and more each day, much like the recently released The Harder They Fall — both films happen to be distributed via Netflix.

Just as these characters felt the absolute need to complete their stories, Summit‘s filmmakers have created critical buzz during the early going awards season. Originally premiering at the 2021 Cannes Film Festival, Summit is currently nominated for Best Independent Animated Feature at the Annie Awards. That’s a major steppingstone in the grand hierarchy of awards shows, definitely deserving recognition. But that’s to be expected, I suppose, since Academy Award-nominated producer Didier Brunner also helped bring last year’s enjoyable Wolfwalkers to life.

Summit‘s competition for nominations may feel a tad different this year, as COVID-19 shuttered movie theaters and delayed premieres. While some of those feature films were actually shown inside movie theaters, others arrived on streamers. Neither outlet grew major audiences nor built boffo box office, so the upcoming awards winners may feel rather random to the general movie fan. But trust me when I say that The Summit of the Gods is well deserved of any and all prizes it may receive.