There are very few times in cinematic history that have caused me to shed tears. I get wrapped up in movies, but I almost always have a disconnect between myself and the characters. Occasionally, I get wrapped up in the story. I get emotional when I know what is happening on screen, knowing this might be the end of a character I love or the end of an era.

The first time I got invested in a movie enough to cry was the Disney classic, Old Yeller. Watching that golden retriever make the ultimate sacrifice in saving his owner from a rabid beast was heart-wrenching, especially when he shows signs of rabies. After that came a slew of films that tugged at the heartstrings, including My Girl, The Notebook, Up and many, many more. These films pull you into the story, make you care for the cast, then rip your heart out. Sometimes the rip is slow, other times they rip it out like a Mortal Kombat finisher.

Going into No Time to Die, knowing that this was the last of the Daniel Craig Bond films began my slow heartache. It seems like the producers of the 007 series have a pretty good track record when picking the next Bond for the franchise. Pierce Brosnan was one of my favorites, but the original Bond, Sean Connery, epitomized the role. I don’t think any other actor who could have been cast at that time could have made the secret agent man more iconic. Still, Daniel Craig was a top-notch pick, even if the films may have been less than stellar.

As No Time to Die opens, we find James Bond living a civilian lifestyle with Madeleine Swann (Léa Seydoux). After an attempt on his life by Spectre agents, Bond cuts ties with Madeleine and starts a new life in Jamaica. However, the CIA tracks him down, asking for assistance in locating a kidnapped MI6 scientist named Valdo Obruchev (David Dencik), who had been working on a bioweapon that could kill selected targets by targeting their DNA.

This weapon could kill not only the target, but anyone who shares their DNA. Bond, along with Q (Ben Whishaw) and Moneypenny (Naomi Harris), discover that Valdo is in the hands of Lyutsiffer Safin (Rami Malek), a terrorist leader with connections to Swann. 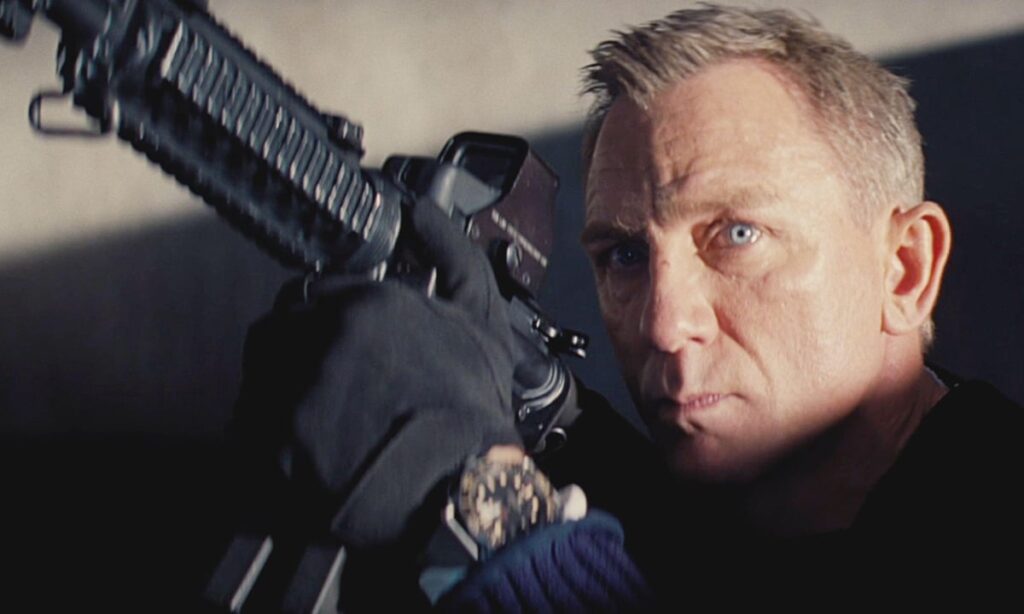 No Time To Die is an excellent Bond film when compared to some of the recent releases. I was not a fan of Quantum of Solace or Skyfall. They just felt like generic action films, more in the vein of what you would find on Netflix or in the direct-to-video aisle at the local Walmart. They were beneath the quality of action one would expect from a major Hollywood film series. However, I do have to say that Spectre was a step in the right direction and started turning things around.

This also made the pill of finding out that No Time to Die would be the last Daniel Craig Bond film even harder to swallow. The man was given some duds to work with, and just when things seemed to be getting better, they end his series. At least they let him go out on a high, heroic, selfless note.

I give No Time to Die five out of five stars. It is loaded with action, tells a great story and has an adversary to Bond in Safin that is worthy and believable. I know that Daniel Craig is not gone from this world, but it feels like a loss to me. Whoever comes along next to fill the role of 007 James Bond will have some pretty big shoes to fill.

Can’t wait to hear for sure who it is going to be.