As the Playoffs Begin, BattleBots Gets Real! 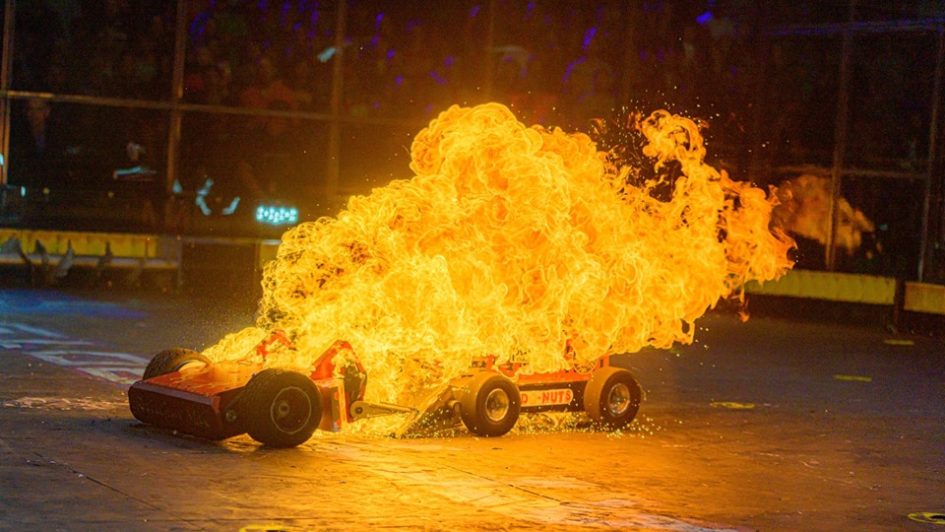 Per Matt
As a long-time fan of robot-fighting competitions (and robots in general), I’ve been both entertained and confused by BattleBots in the past: Entertained by the ingenuity and creative output these builders all have on display. Entertained by the maneuverability of the decisive drivers who know how to control their remote-controlled bots so well. Entertained by the violent, sudden crashes, as metal is smashed, circuits are destroyed and hundreds of pounds of machinery get scorched or tossed into the air… and the immediate unresponsiveness that leads to the following inevitable knock-outs of the duel.

But throughout the years, I’ve also been confused by the rules of the tournament, as they seemingly change every year. There always seem to be some tweaks that are made — sometimes major; sometimes minor — but as a TV viewer, these never seem to be discussed in detail at the beginning of each season. They’re usually brought up at a convenient time when they’re about to be implemented, bringing a sudden “Let’s Change the Rules When We Think It’ll Help Ratings” assessment to the audience.

BattleBots, you see, isn’t just a reality show. It’s a way of life. And when the playoffs begin, it’s just getting good.

Season 9 has been an interesting one, to say the least. With an extended format, each episode was stretched to its limits, now with filler material from the builder pits, as Jenny Taft brings commentary and interviews from the set’s workshops. Near the half-way point of the season, the best episode of the bunch involved “The Desperado Tournament,” as it’s a self-contained episode featuring teams willing to do whatever it takes to reach the final playoff bracket. There’s not much wasted time and the tension is clearly on display for everyone involved in the competition. This mini-event has only been implemented within the last two years, but it may be one of the best elements of the show. At its conclusion, the Giant Bolt is awarded and BattleBots finally gets real.

Another gripe about the show is the determining factor of actual victories these teams must win before the playoffs begin. Again, it seems to change every year. With the extended format leading to two-hour-long episodes and a record-number of competitors allowed into the competition hailing from around the world, inevitably, there were going to be a number of matches that were not going to air on television, which is a shame. It also didn’t help that in 2019, there were many past winners who had losing or .500 records that seemed to be on the outside of the playoffs looking in. How secure are those undefeated teams for a Top 3 ranking? Will it all come down to name recognition — not talent — on display?

At the conclusion of “One Flipper to Rule Them All,” Hydra looks incredibly impressive, but last year’s champ, Bite Force, remains our favorite to defend its unbeaten streak, hoisting the Giant Nut once again. But let’s not get ahead of ourselves, here. Bite Force and Hydra are both undefeated. Bronco was definitely a surprising 0-4 this year, which no one could have possibly predicted, and the MIT undergrads of Uppercut have all aced their tests. Ray Billings and Tombstone, The Big Bad from seasons past, survived with a 3-1 record, but really should have been 3-2. Will he face even more adversity as his competition ratchets up? And what about team Witch Doctor and their impressive undefeated season? 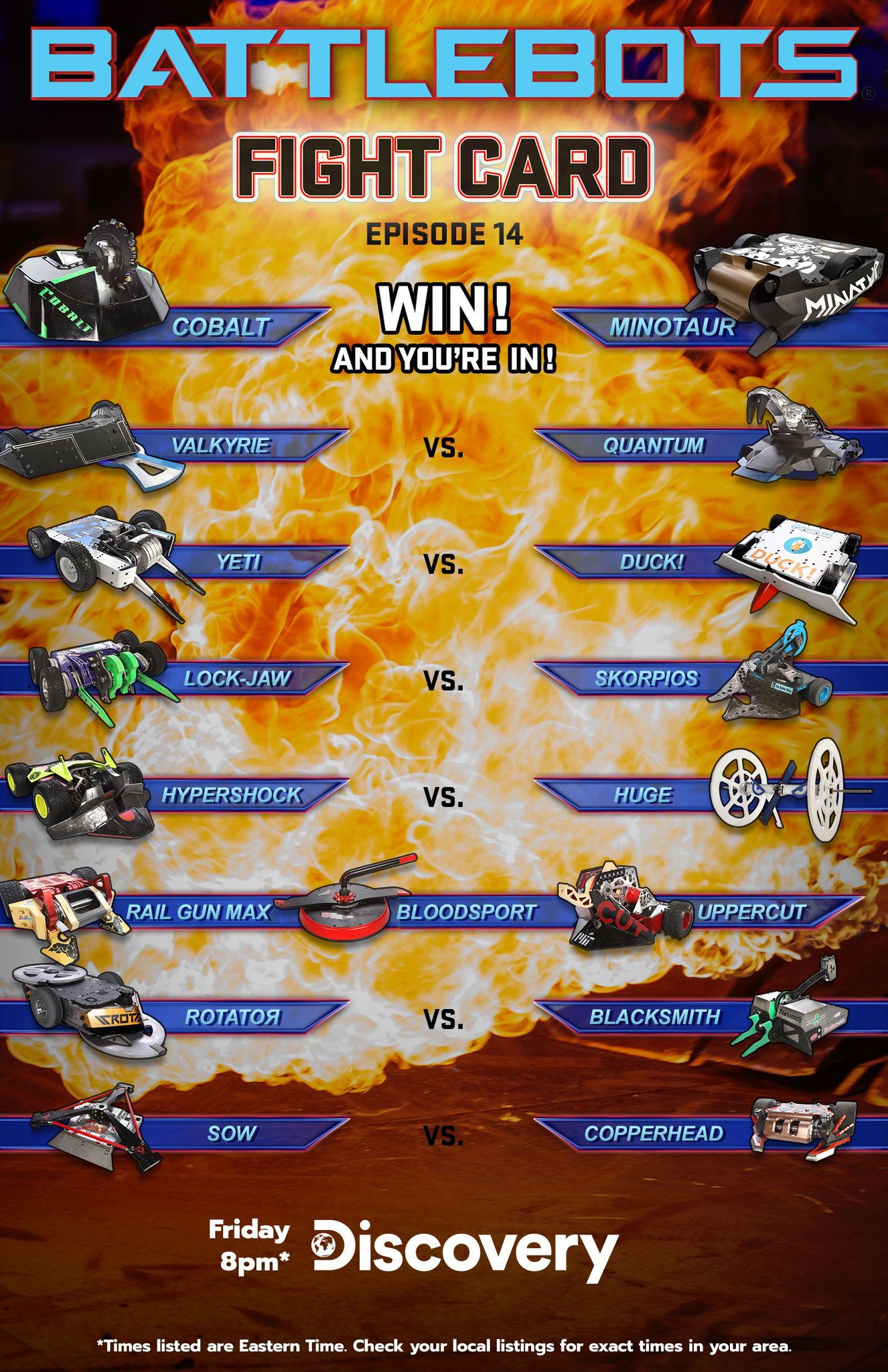 On the eve of the 2019 playoffs, the Rules Committee still hasn’t finalized the playoff brackets, opting instead to have play-in matches for eight of the Top 16 slots. That really feels like just one more way to change the rules at the last minute, all in the name of ratings. We should absolutely change their titles, from the Rules Committee to screenwriters, as they have totally flipped the show’s script.

Still looking forward to the unveiling of the 2019 BattleBots World Champion, but each of the play-in losers should totally feel like they had the proverbial rugs pulled out from beneath them, having lost the opportunity to be in the final round.