It Chapter Two Should Be the End of the Story 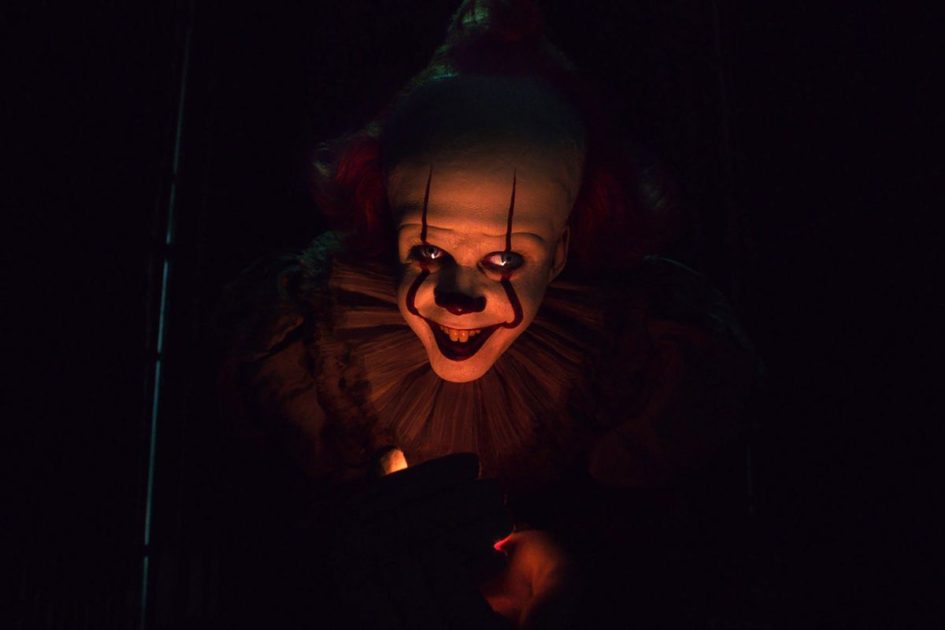 Hollywood, please listen to me and horror fans everywhere: It Chapter Two should be the end of the story. Take the idea of Chapter Three and put it in the same folder as you do for Harvey Weinstein and conservative opinions.

It Chapter Two is a three-hour epic that pits the Losers Club back up against the intergalactic menace known as It. Taking place 27 years after the events of the first film, the kids of the club have grown up. With the exception of Mike, all of them have moved away from Derry to live out their lives. But as events begin taking place in the town again, Mike notices the signs that Pennywise may have returned, and calls each member to come back and fulfill the blood oath they made together.

Many people look at this film as a sequel to the original film. But with how the film is presented, it feels more like the same movie, just an extended cut of it. Historically speaking, most sequels skip over things such as main-character development and jump right into the action, leaving it up to the audience to know the story so far. But the flawless use of the kids in the past with their adult versions in present day works so well that I feel people who had not seen the first film would not be fully lost. The storytelling aspect of this film is great, something rarely seen with remakes in this day and age.

The storytelling works so well because of the chemistry the cast seems to have. The actors for the adult Losers mesh so well that it truly feels like they have been friends since childhood. The comparison between them and their younger selves is equitable. It feels like no time has passed between the generations. Plus, it doesn’t hurt that the casting director for the film found adult actors who truly look like older versions of the original cast.

Probably my biggest disappointment in the film was the CG special effects. This is an odd thing to say, considering the amount of money spent and the number of people working on the FX team. But the CG FX just felt way off. It is hard to point out why it did not work, but I attribute it to the “uncanny valley” notion, where the human brain picks up on something that “just isn’t quite right.” Maybe it was color grading, or maybe it was something that should have been done practically and wasn’t, but I felt like I was watching older effects. Especially in the final battle. I really was not a fan of the style they used for Pennywise’s many forms. Quite sad, because it took me out of the scene and made me focus on the effects, even when I didn’t want to.

Lots of things diverge from the original vision of author Steven King. One thing that is missing is the god-like creature known as Maturin. When the creature known as It was created, Maturin the turtle was also created. They are sort of the Yin and Yang of each other. It is all about destruction and death, while Maturin is peaceful and good. In fact, according to the book, our universe was vomited from Maturin when he once had a tummy ache. While both Chapter One and Two have Easter eggs that hint to the existence of Maturin, the creature never officially appears in either film.

Another big change from the book to film is the fact that It is pregnant. In the book, the Losers find out that not only is Pennywise a female entity, but she also has been laying eggs in her den. Ben is determined in the book to destroy each and every one of them, but it was never made perfectly clear that they were all destroyed. Could Pennywise in the film secretly have been female and left behind her legacy to continue to torment the citizens of Derry for ages to come? 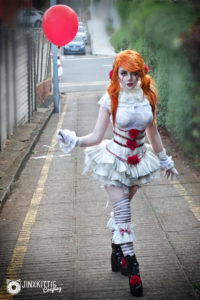 Pennywise is not so scary now. Photo by JinxKitty Cosplay

The reason I bring up these differences is because of rumors going around. Actor Bill Skarsgård (Pennywise) was asked recently if he had heard of any plans for additional movies about the Dancing Clown. Bill said that he had been in talks with director Andy Muschietti about a third installment in the film series. Bill went on to say the idea is “something different” and that it would not be quite what people expect. With the two big stories mentioned above, they could take the third installment in at least two directions.

First, what if they decide to do a prequel, so to speak? They show Maturin and It being born and how they related with one another. The film could go into the backstories presented in both films, with how It came to Earth and possibly how the influence of Maturin worked to keep It’s evil in check. And since Maturin does not show up in any other film, this could flesh out what exactly happened to the “greater good.”

The second idea could be about a child of It that is born. The Losers Club has to come back to Derry yet another time to put down true evil. Or in this instance, what if the entity tracked each of them down? When they are separate, they are weak and vulnerable. Baby It could have a field day destroying each of their lives, including those they now love most.

If either of these two ideas are on the table, or any other thought of bringing in a third installment, it will just not work. This story has been wrapped up quite nicely. In order for heroes to be, well, heroes, they have had to face down a great evil and defeated it. By bringing back It or Offspring of It, they effectively would wipe out the victory, meaning that the “heroes” would now be “zeroes.” And we all know how badly Hollywood does prequels. Plus, we already know how it ends, so why bother?

It Chapter Two is a must-see horror flick. While I recommend seeing the first installment beforehand, this film sorta stands on its own with a little backstory. Just like the first film, the characters are memorable and lovable, and you get a sense of true friendship throughout both films. Even though the CG was lackluster, if you can avoid focusing it on it, the film is close to perfect. A solid five out of five stars.