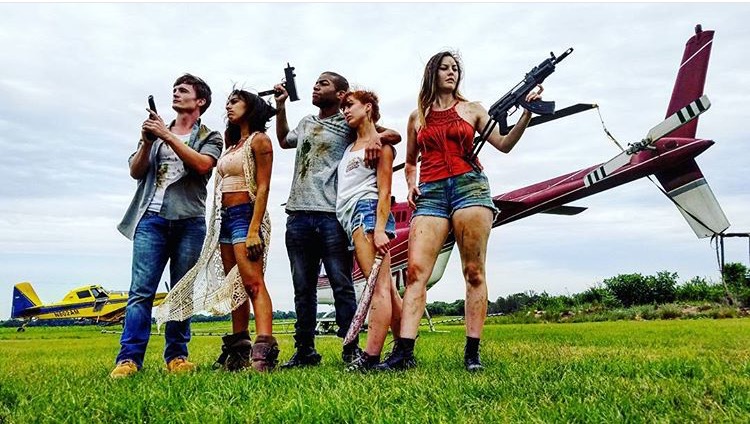 Get to da choppa!

With a name like Attack of the Southern Fried Zombies (alternately Kudzu Zombies), I expected a cringe-worthy, ultra low-budget, B-movie romp. And that’s exactly what I got. Now, I’m a fan of independent film and B-movies alike, but I automatically go on the defense when the term “Southern” gets thrown into the mix. I’ve lived in Nashville and spent my entire life in and around the beating heart of the South and the ongoing depiction of anyone and everyone from this region of the nation as ignorant, illiterate and woefully undereducated goes beyond offense into outright anger. Most movies I’ve seen with terms like “Southern” in the title do little but play up that image to make stupid townsfolk and comically inept underdog protagonists seem that much dumber.

Thankfully, Attack of the Southern Fried Zombies kept the stereotyping to a minimum while still capturing the bucolic charm and humor of life in the South. That said, other than a light touch on the pronounced drawls, there’s not a lot I can say about this movie that isn’t going to suck. I know, I watched it twice, because I really hate to write a bad review.

“Lonnie, a crop duster pilot, must lead a mismatched group of survivors to escape the deadly zombie horde after an experimental chemical, intended to control the invasive kudzu vine, transforms the citizens of Charleston, MS into zombies.” — IMDB

A college dropout-turned-crop duster pilot in a small Mississippi town is partially culpable in that town’s destruction because he chose to make a few extra bucks by spraying an untested chemical on wide patches of land without any form of oversight or safety regulation. To make matters worse, his ex-girlfriend’s half-wit brother and his equally drunk and dumb cohorts break into a local goat farmer/drug dealer’s house at the same time to steal his stash, only to discover he is a mutated Zombie. This is how the town of Charleston, MS dies. Not with a bang, but an overwhelming amount of coincidence and piss-poor planning.

The plot is your basic, no-frills generic Zombie outbreak movie. The central catalyst focuses on an invasive species of vine, native to parts of Southeastern Asia that was transplanted during the Reconstruction Era all throughout the South to promote vegetative growth and prevent soil erosion. Kudzu was a scourge for decades that has forever permeated the landscape and is in equal parts menacing and hauntingly beautiful, as it swallows the region in thick, leafy tendrils. That said, there have been methods of controlling the spread and removing the invasive problem for decades and it’s really hard to think of anyone not growing up in the region surrounded by the plant giving a shit about it.

But, to add a little ominous foreshadowing, we have our stock scientists, a young — honestly, almost too young to be serious — Asian and a middle-aged German with a terrible accent in “control” of the experiment. Well, them and a team of nondescript, paramilitary rejects who are doing your average henchman/lackey stuff, like fueling up the crop duster and hauling out bright yellow barrels of this mystery defoliant. Meanwhile, the mayor and his assistant are planning for the fourth-annual something and jazz festival. It really felt contrived and almost unnecessary, so I sort of tuned it out. Flyboy finishes up his rounds and joins his aunt and uncle putting meat through a grinder, in quite possibly the most awkward and unsanitary locale, in what felt like an equally forced interaction. 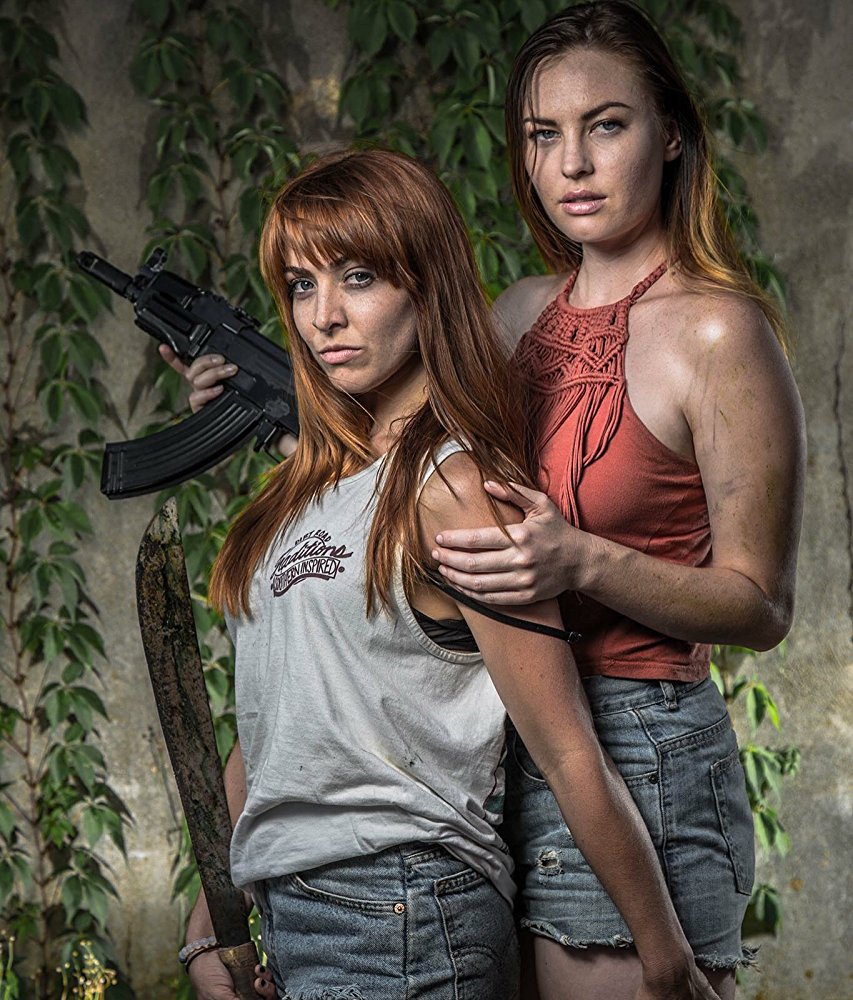 There was better cinematography and equipment used to take this promotional picture than on the film.

In fact, with the exception of the brief romp of the two lesbian lovers, who seemed as shoehorned into the plot as the interracial romances and Zombies in this horror flick, there really isn’t a lot to talk about. Maybe they thought that adding a girl-on-girl makeout scene or a middle-aged biracial romance was going to shock someone or stir up some kind of social message for the movie. It felt sloppy and just a little exploitative.

Even when a script is bad and the acting is wooden, I can usually find something to focus on that makes it worth a second look. The problem is, I gave Attack of the Southern Fried Zombies a second chance and it disappointed me even more on the replay. In fact, on my return to the film, I started finding even more ridiculous and irksome things that felt even more petty and nitpicky to complain about. The special effects were nothing special, with most of them being so poorly rendered that I felt like I could probably have done them on my cell phone with a Photoshop app. As a long-time participant and now producer of the Nashville Zombie Walk, the makeup and prosthetic pieces — done when late ’90s Sci-Fi channel special effects weren’t used — felt completely lackluster and without imagination or even effort. Most of the Zombies had been hit in the face with shades of black and white and hosed down in stage blood.

The cinematography felt like a kid with a cellphone was responsible for the shooting schedule, or that maybe it had been done on a Walmart brand camcorder in constant need of fresh batteries. Save for some shots of the plane and the poorly dubbed jazz being played live on stage in the festival scenes, it was a production that just didn’t do anything. Let me say this again and clarify it, for those of you unfamiliar with how I review a movie:

A movie can be fun and enjoyable, even artistic, without being a blockbuster. Acting, writing, effects, music… as long as there is something redeeming to even the cheapest B-movie or mockbuster, I can literally find something to love about it and make it worth telling you about. I hate, HATE, to write a bad review, because there are just too many hard-working, independent filmmakers struggling out there today to sit here and waste time tearing them down, when they make a bad movie. It breaks my heart to speak ill of their work and it pains me to write that kind of negativity.

That said, sometimes you’ve got to call them as you see them and I just wasn’t able to find that silver lining. Watch it for yourself and tell me if I’m wrong. Please. If you come across something I’ve missed, some hidden gem I’ve hidden away in this movie that makes it worth a third screening, leave a comment and I’ll take another look. Otherwise, judge for yourself and tell me if Attack of the Southern Fried Zombies left you with a funny taste in your mouth.